If efforts to help Officer Cooper, three Covington kids wanted to give back. 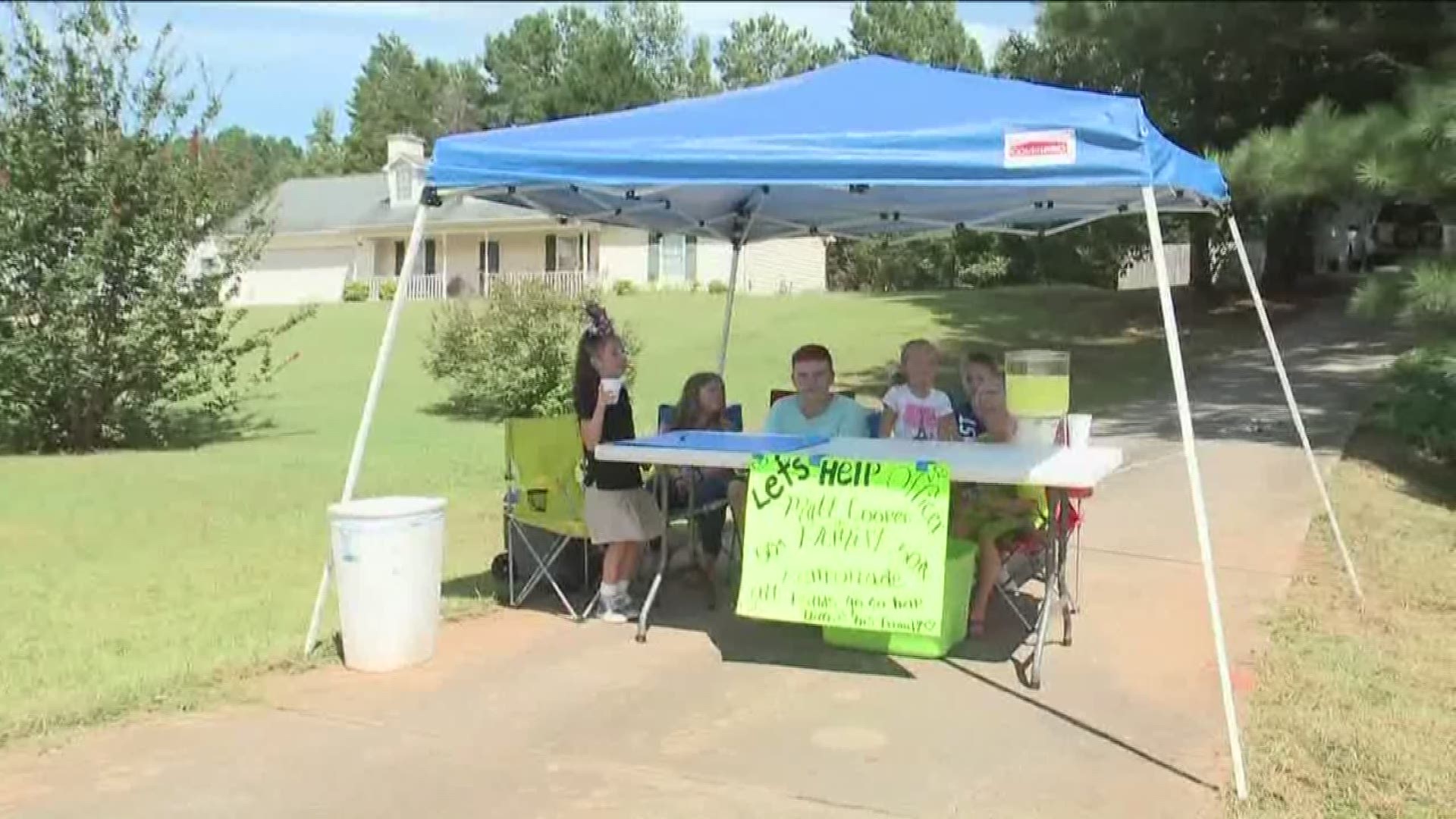 COVINGTON, Ga. – Three kids are wanting to give back to a man who keeps their community safe.

Covington Police Officer Matt Cooper is fighting for his life after being shot in the head while chasing a Walmart shoplifting suspect Monday. Cooper was shot and found unconscious by one of the department's sergeants.

He is still listed in serious condition and the police department said the bullet is lodged against his carotid artery.

“My little boy Elijah Floyd wanted to do something nice for [Officer Cooper] and he said, ‘I don't have no money or anything’,” Shena Chambers told 11Alive. “So, he wanted to start up something.”

Chambers said that’s when her son started a lemonade stand. After he began, other neighborhood kids joined in the effort.

The kids will be selling 50-cent lemonade through Thursday from 3 p.m. to 6 p.m. at 35 Autumn Cove in Covington. Chambers said the kids will possibly put the stand back out next Monday as well.

She said on Tuesday, the kids raised almost $80 for Officer Cooper.