He and the first responders who helped save his life were honored by the Covington Police Department and city and state officials. 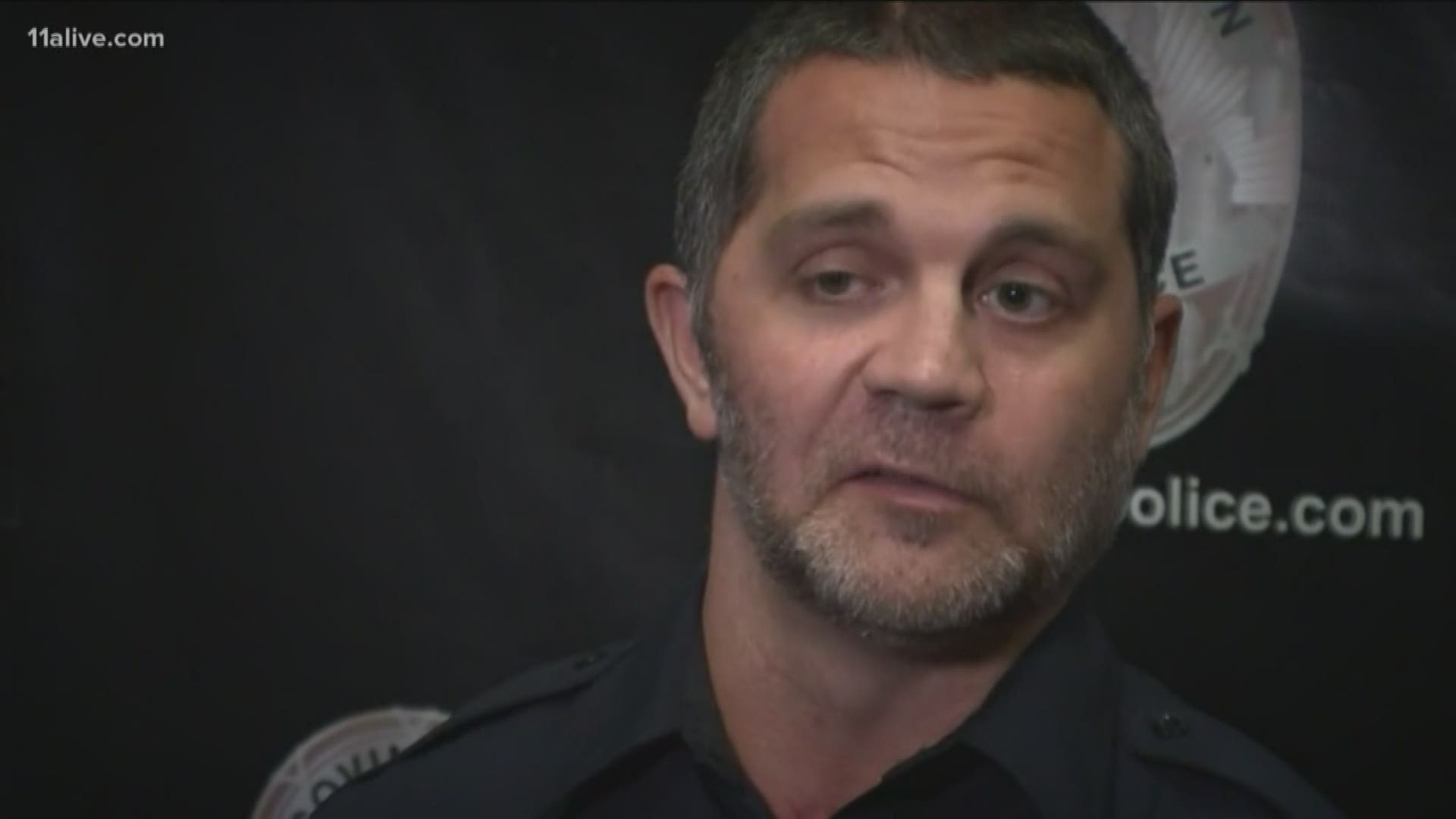 COVINGTON, Ga. — A Covington police officer shot in the head is slowly getting back on his feet -- his recovery is nothing short of a miracle.

Officer Matt Cooper spoke candidly Wednesday night, to say thank you to everyone who rallied around him.

"I don't know if I'll ever be able to thank them enough for everything they're done for us," Cooper said.

The police officer was shot in the head on Labor Day last September while responding to a shoplifting call at the local Walmart. The suspect died in an apparent suicide, but Cooper survived. He said he is grateful to still be in the land of the living, explaining when he regained consciousness, he was overwhelmed by the outpouring of love.

"When I emerged, I realized what was going on and how it brought the community together in ways I never even thought of," he described.

On Thursday, he and the first responders who helped save his life were honored by the Covington Police Department and city and state officials.

It's been a long road for the Coopers.

"I definitely feel really optimistic now because he's making so much progress. Surgeries are out of the way and we're just having a normal life now, you know," explained Cooper's wife Kristen.

In a heartfelt message to his community, Cooper thanked them for all their support.

"The way y'all took care of me and my family when I couldn't leaves me speechless," he said. "There were some nights we'd lay in the hospital and just cry trying to figure out why people were so nice to us. Makes a good feeling. Makes it worth why we do it, because of what they're doing for us."

To the recruits: "Make sure you be safe and go home to your family every night because that's what's important," he urged.

RELATED: New survey says Georgia is among the worst places in the US to be a police officer

And to the men and women in blue: "I'm forever indebted to you guys and on my name and honor I will try to make you as proud."

To honor Cooper's bravery and commitment to his community, he was awarded a medal of valor from the Covington Police Department. Gov. Brian Kemp also designated Wednesday, May 22 as Matt Cooper Day in the state of Georgia.