The center specializes in medical treatment and research for people with spinal and brain injuries. 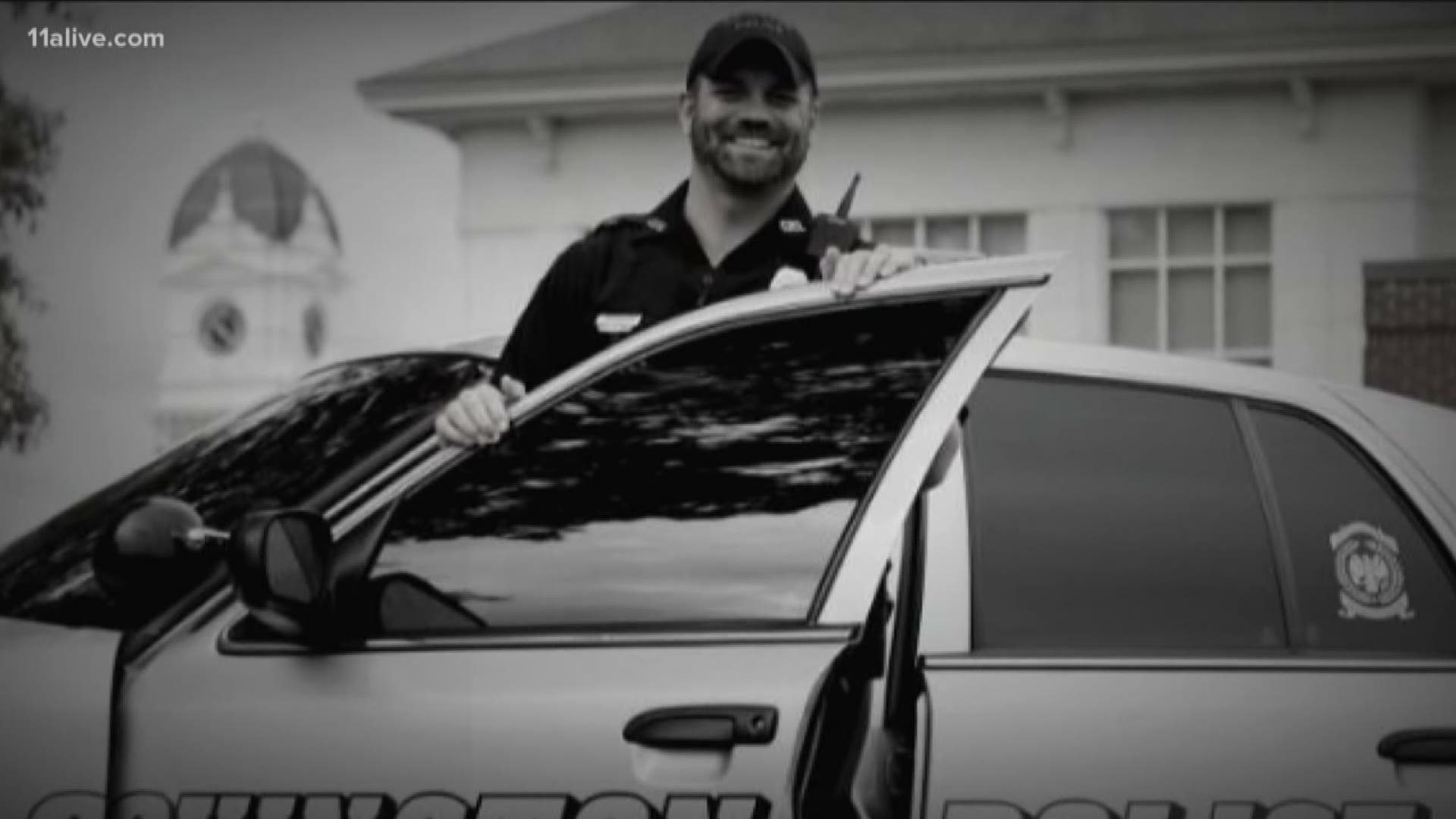 ATLANTA -- The Covington Police Department had some great news to share, Thursday, about Matt Cooper - the officer who was shot in the head earlier this month.

After recently being transferred from Grady Memorial Hospital to Shepherd Center's intensive care unit in Atlanta, Cooper was moved on Thursday to the Shepherd Center's Brain Injury Rehabilitation Program. The center specializes in medical treatment and research for people with spine and brain injuries.

Covington police said Cooper's medical team remains pleased with his progress as he gets ready to begin therapy under a team of medical and rehabilitation specialists.

On Labor Day, Officer Cooper was responding to a shoplifting call at a Walmart in Covington when he was hurt.

Two minors were arrested at the store, but the third suspect ran off. Officer Cooper chased the third suspect, 21-year-old Aaron Fleming, and was shot in the head behind a nearby business. Fleming was later found dead in the woods and authorities believe his gunshot wound was self-inflicted.

Officer Cooper has been responding to questions by squeezing hands. He also was able to mouth 'I love you' to his wife, and he waved at a nurse.