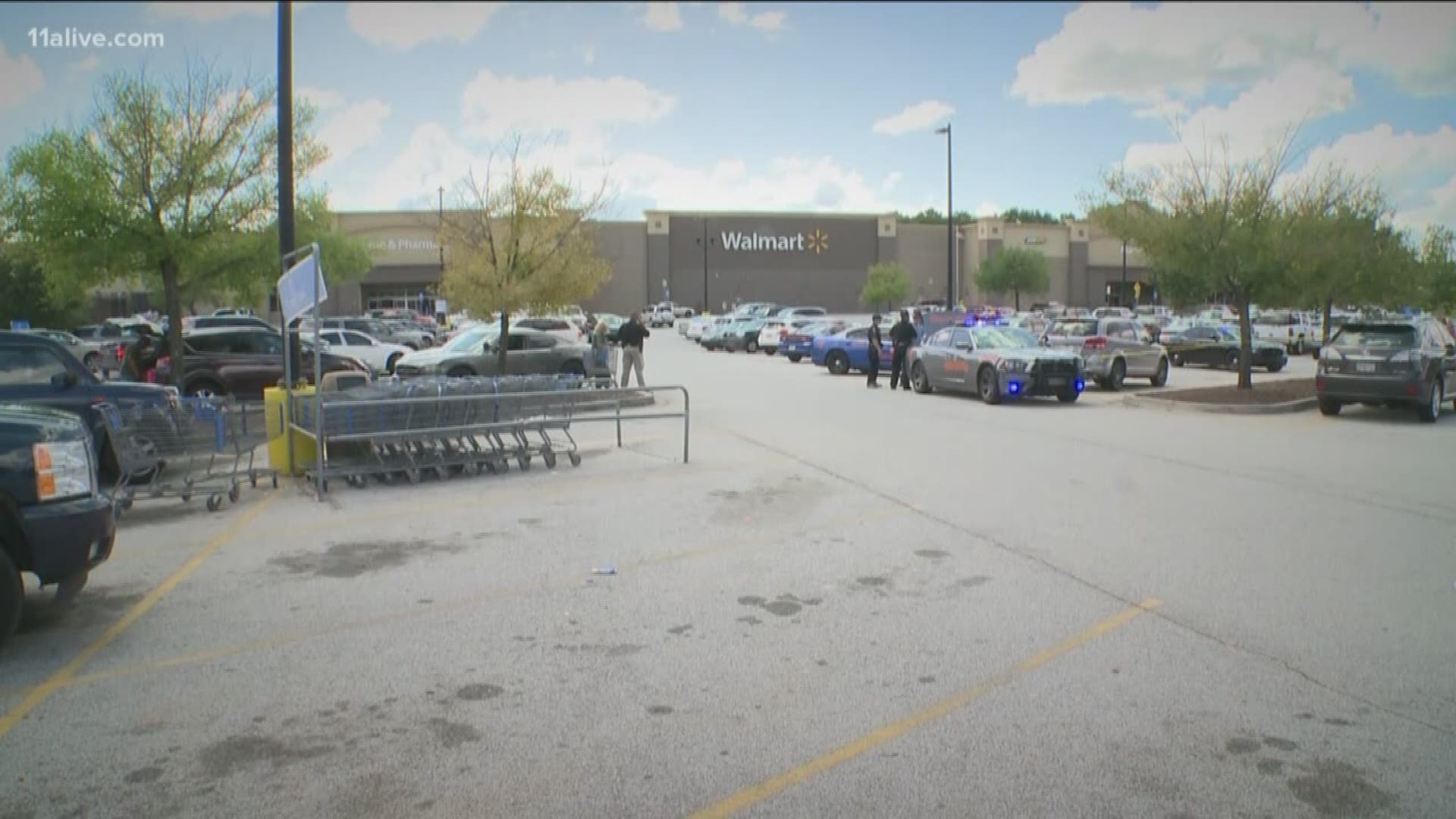 COVINGTON, Ga. -- Police have confirmed the identity of a man who allegedly shot a Covington police officer in the head before taking his own life.

Police said, Tuesday, that Aaron Fleming was the shooter whose bullet left officer Matt Cooper fighting for his life on Labor Day. Authorities confirmed that the picture below shows Fleming on his Facebook page.

Officer Matt Cooper is in serious condition at Atlanta Medical Center after the U.S. Army veteran and 34-year-old father was shot on Labor Day.

11Alive has also learned why the Covington officers, including Cooper, were called to that Walmart in the first place.

According to Captain Ken Malcom with the Covington Police Department, officers responded to the store off Industrial Boulevard around 12:30 p.m. Monday after several suspects tried to steal red bandanas from inside.

Police said in a report that they were advised that three black males, an 11-year-old, 15-year-old, and one adult, were seen concealing items in a large "backpack type bag."

When police arrived, the officer spoke with one of the young boys and asked him if he took anything from the store without paying. The boy said he did and the officer took him back into the Walmart to the loss prevention center along with Officer Cooper, the report stated.

Police said a moment later, the second boy left the store and went into the parking lot with a large backpack. Cooper approached the boy and escorted him to the loss prevention center.

While the two officers were inside the Walmart with the two shoplifting suspects, another officer alerted them of the third suspect, the report said. That's when Officer Cooper left to help.

Police said Cooper and a sergeant ran in opposite directions behind a nearby building to search for Fleming. The sergeant heard two gunshots and found Cooper injured and unconscious. Police heard another gunshot in the woods and found the Fleming dead.

According to the Georgia Bureau of Investigation, early information indicates that the wound was self-inflicted.

The officer with the two suspects left the Walmart to assist. Once the scene was safe, they went back to the loss prevention center to secure the two boys. All stolen items were recovered and returned to Walmart, the report stated.

The two boys were interviewed and released to their parents. Charges are expected, according to the GBI.

Covington Police said they are already receiving support from their community and well beyond for Officer Cooper.

“He is a good family man, got two small children and our hearts are really heavy right now. Just ask everyone to pray for him and pray for our officer.”

At this time, authorities don't believe any officers fired their weapons.