Officer Matt Cooper was chasing a shoplifting suspect at a Covington Walmart when he was shot in the head last week, which, as his wife said in a video on Saturday, changed their lives forever. 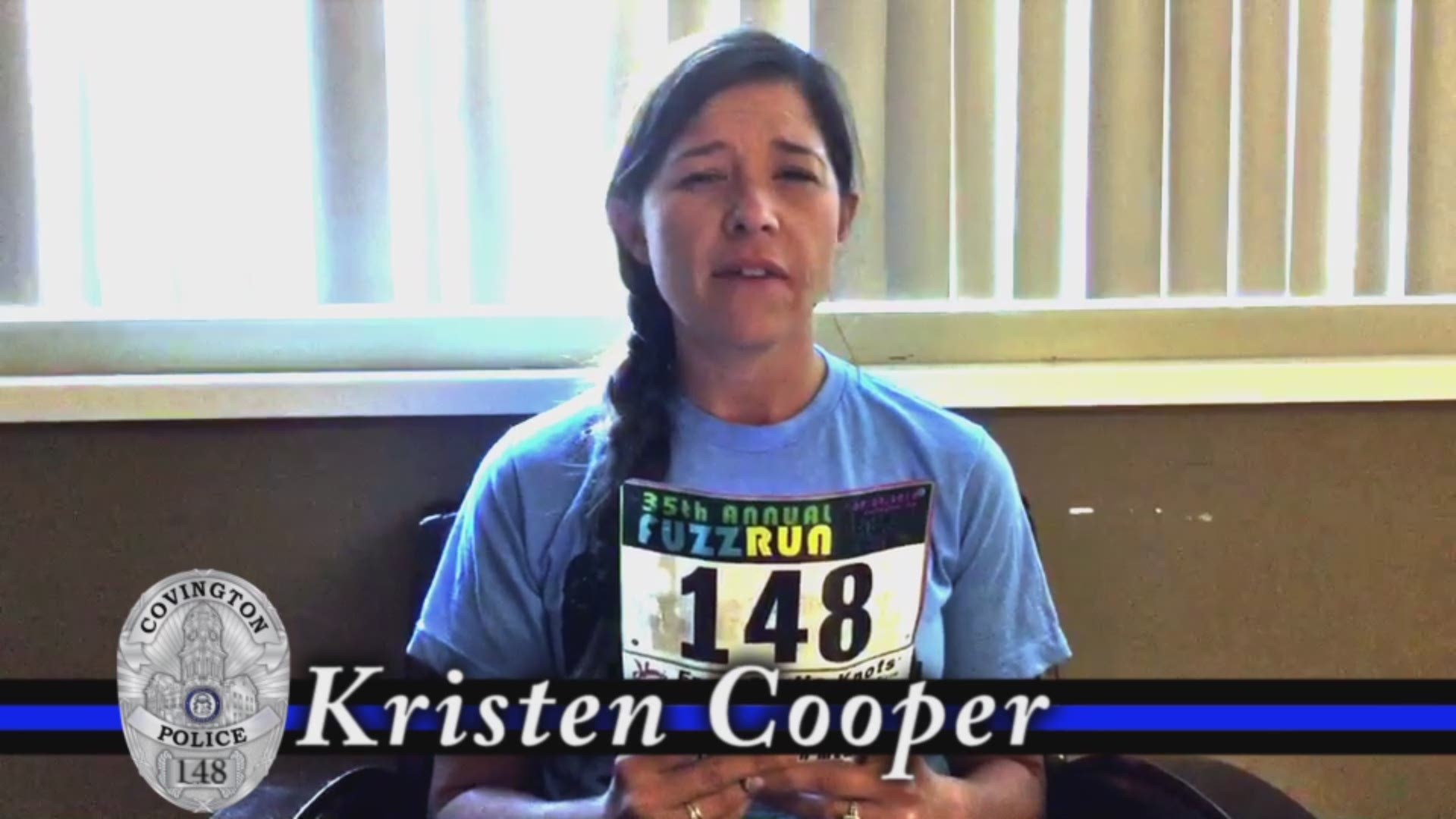 Saturday's Fuzz Run in Covington is an annual event, but this year, it took on special significance.

Last Monday, on Labor Day, Covington Police Officer Matt Cooper was shot in the head while chasing a shoplifting suspect.

He was found unconscious by one of the department's sergeants. He remains in serious condition with a bullet lodged against his carotid artery.

"I wanted to thank everyone for coming out to the Fuzz Run," said Cooper's wife, Kristen in a video released on Saturday. use "Because of your support, I'm able to sit with my husband, care for my kids and worry about nothing else. There simply aren't enough thank yous to express how appreciative we are for the prayers, messages and support."

Cooper had planned to run in the Fuzz Run himself, and his wife held his race number -- 148 -- while reading the words of gratitude in her thank you video.

Covington's police chief says Cooper has a history that has prepared him for the struggle to fight through this type of injury.

"He served our country in Afghanistan and Iraq in combat situations," Chief Stacey Cotton told reporters on Tuesday. "He served on our ESU Emergency Services Unit team here. He's actually a part of the two-man sniper team that competed internationally against military units from all around the country. He finished 15th in being the top sniper team from law enforcement in the world."

"He's a protector, he's a professional," Cotton continued. "And probably if anyone is prepared to struggle and fight through this type of injury, Matt Cooper is your man."