The owner of MVP Studios said that the portion of the building was expected to be rented out to a major production a week later. 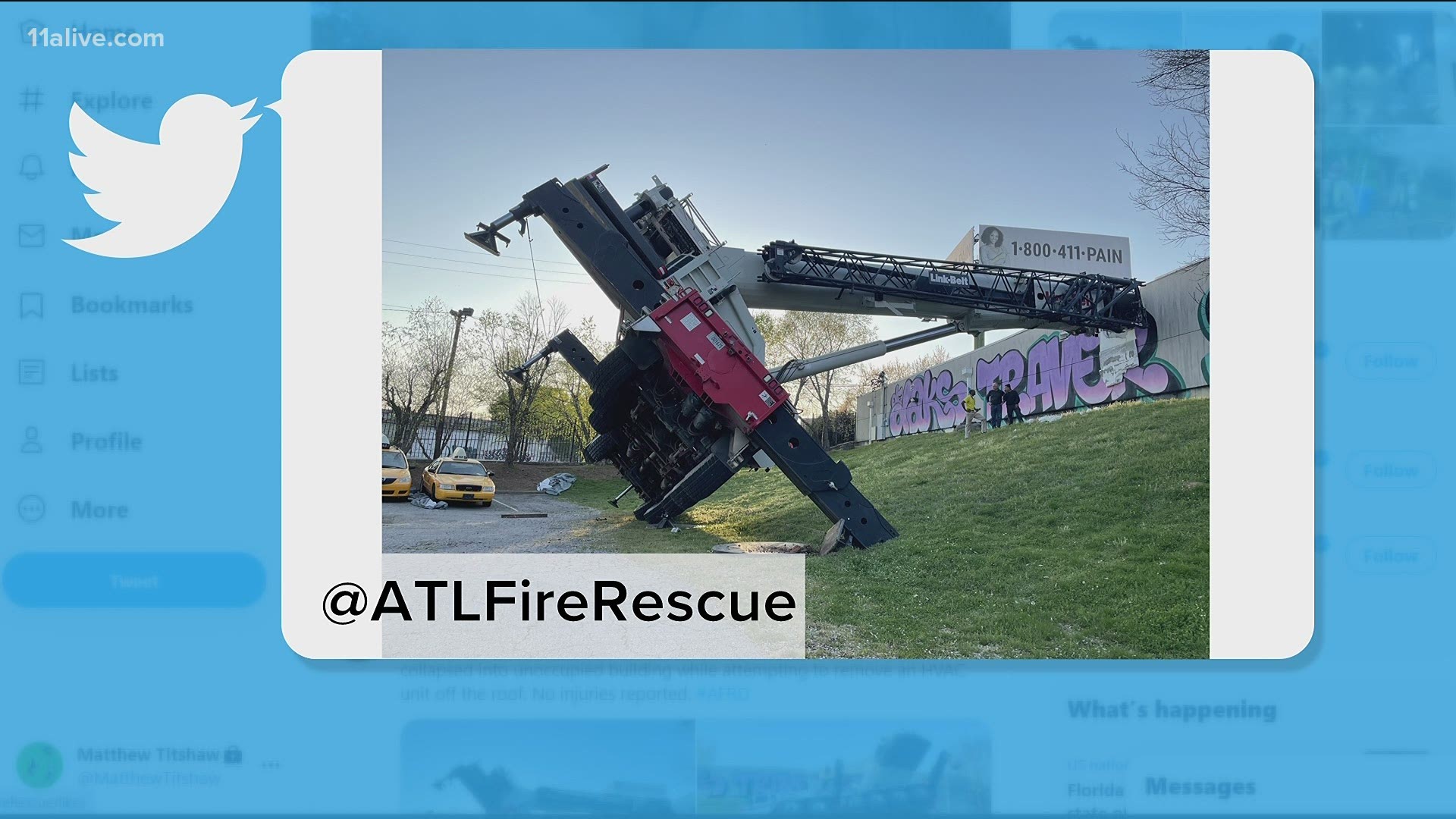 ATLANTA — Atlanta Firefighters are on the scene of a crane that has apparently toppled over onto a building in the southwestern corner of Downtown on Monday evening.

According to a post shared by Atlanta Fire Rescue, the 120-ton mobile crane collapsed onto an unoccupied building while attempting to remove a heating, ventilation, and air conditioning (HVAC) unit from the roof at 311 Whitehall St.

11Alive spoke at the scene to J.B. Vick, who said that he was the owner of MVP Studios, which operates at the location.

"The building is in the process of being converted into the most sophisticated movie studio in the city of Atlanta," Vick said.

He said that the crane had apparently overextended, causing the truck to tip over - and the crane to come crashing down into the building.

Vick said a major production was set to film at the studio in the next week but wouldn't elaborate on what it was. An employee of Vick who spoke at the scene said that the crane damaged the electrical system and broke water lines.

Photos show significant damage to at least one portion of a warehouse-like structure. However, the department is reporting no injuries.

It's unclear at this time if the removal efforts are having any impact on traffic in the area.

The news comes a little less than two months after another incident in the city - this one involving a much larger crane in the Midtown area and causing considerable traffic disruption. It happened on Feb. 19 in the area of 1105 West Peachtree Street following some sort of malfunction involving a tower crane.

As a result, the crane ended up leaning into a building and had to be carefully removed over the course of several days. Initially, neighboring businesses and apartments were even evacuated until later being deemed safe for return.

The work was finally completed in early March.