Investigators said one of the drivers involved failed to stop and give information. They reportedly fled the scene. 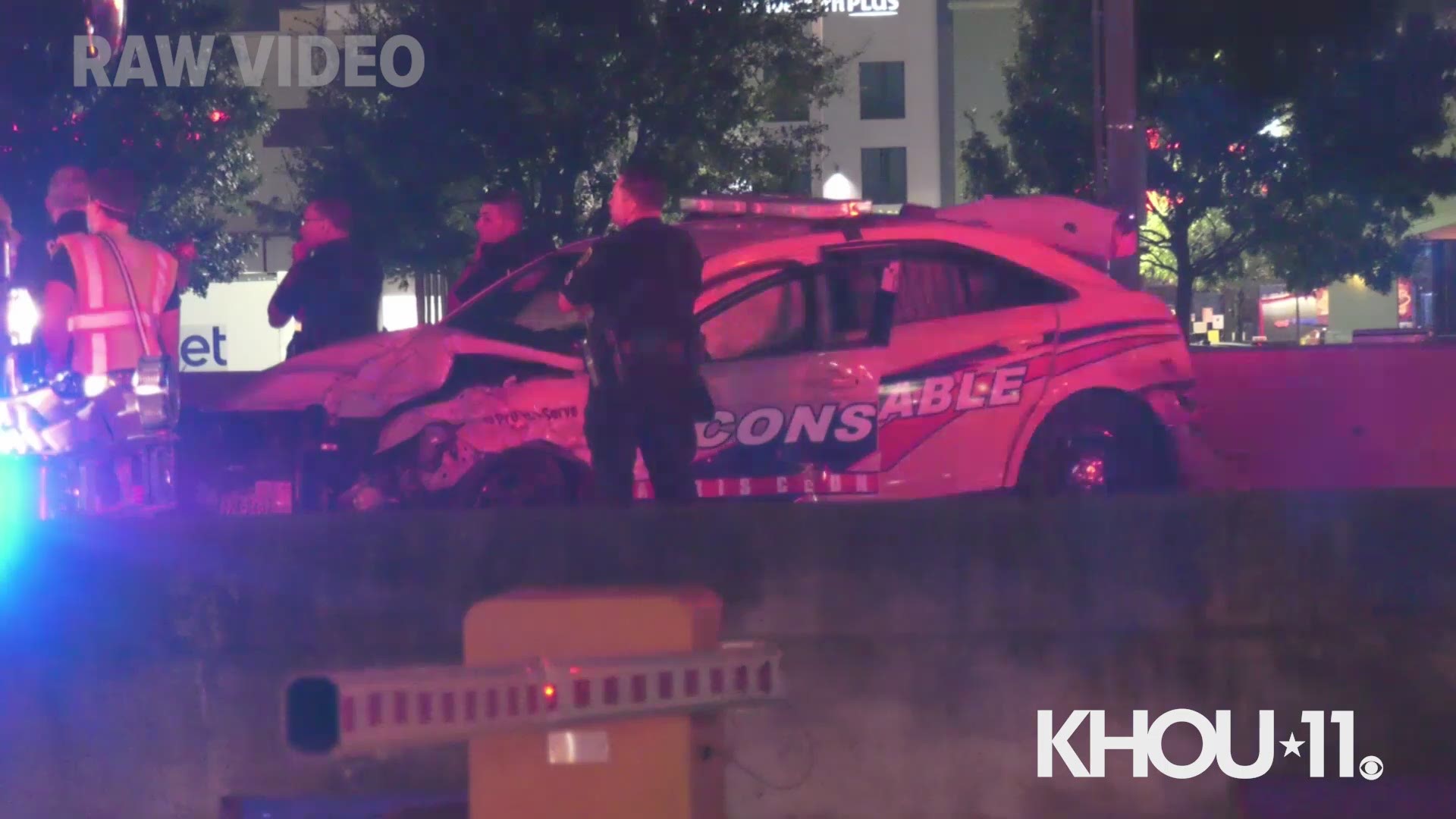 HOUSTON — A Harris County Precinct 4 constable deputy was involved in a crash early Wednesday that had all northbound lanes of I-45 blocked at Aldine Bender, according to officials.

As of 6:50 a.m., that incident has been cleared and the freeway has been reopened.

Footage from the scene showed the front end of the constable unit completely crushed as well as at least one other vehicle with significant damage.

There were people injured, but it's still unclear whether the constable deputy was among those hurt. Officials said only minor injuries have been reported.

Investigators said one of the drivers involved failed to stop and give information. They reportedly fled the scene.

It's the second traffic incident involving a law enforcement vehicle to happen overnight in Houston after two officers were injured in a crash hours earlier just outside the Galleria area.

This is a developing story and will be updated when more information is verified.