She's not trying to fool everyone - just the criminals who keep stealing her car. 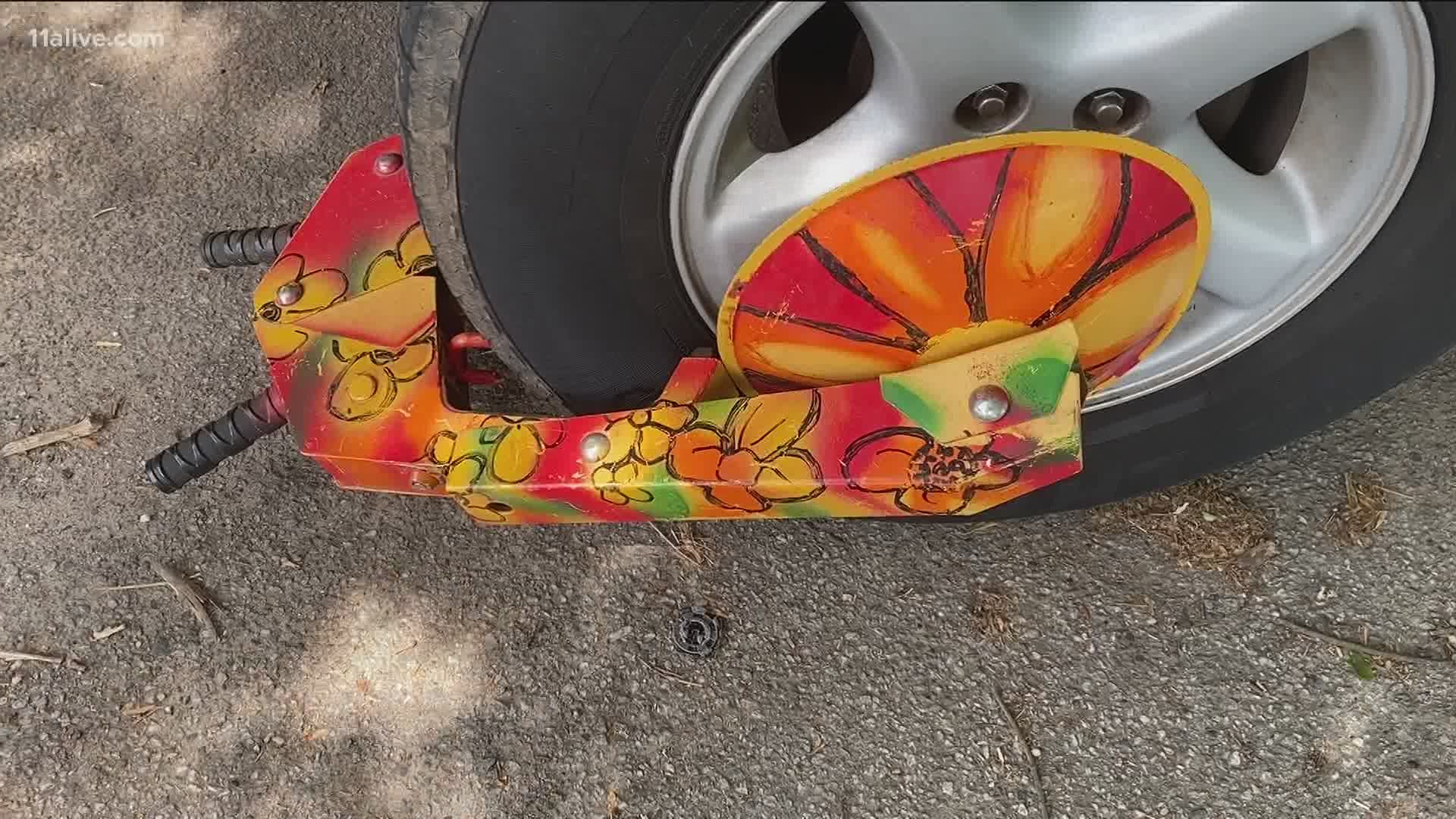 ATLANTA — 11Alive has heard from thousands of viewers about the rising crime rate in the City of Atlanta, leaving them worried.

Atlanta Police said they are dedicated to taking the crime rate down,  but one woman is taking it in to her own hands.

Janet Clements came up with a creative solution when she got sick of her car being stolen. She's not trying to fool everyone - just the criminals who keep stealing her car.

"They broke the lock, jimmied the starter with a screw driver," she explained. "Twice now they've stolen my car."

Clements said the first time her car was stolen, she thought she just forgot where she parked.

"The second time, it was parked right out front. And it was just gone! No glass, no nothing, just gone. And that was when I got a boot," she said.

Her solution to the theft was to buy a fake car boot on Amazon for $30. Now every time she parks, she cranks it on her own tire.

"I painted it up, so it didn't look like a city boot, and I just put it on, and made it harder for the car thieves to steal my car," she said.

Both times her car was stolen, Atlanta Police managed to find it and bring it back.

"We have officers who are out on car theft details, vehicle larceny details. So there are officers working to solve these crimes. So trust in us that we are going to find these criminals and we don't want her to have to resort to those type of tactics," said Atlanta Police Officer Tasheena Brown.

However, car thefts are going up in the city. According to Atlanta Police data, more than 1,000 cars have been stolen in the city so far this year. That's a 31 percent increase from last year.

Clements' gun was also stolen out of her Jeep one of the times her car was taken, which APD said is an even bigger problem.

Brown said people can take steps to protect themselves.

"A lot of people don't realize that loose change can spark the interest of a criminal, the GPS in your window, a lot of us leave them in our windows. It can be the smallest thing. Wipe it clean," said Brown.

She said people should also park in well-lit areas and make sure all of their car doors are locked.

But for Clements, it's just not worth it.

"It's a young woman's game down here, and I'm not going to play it anymore," she said.

She didn't mind telling everyone about her fake boot because she's moving - she said she's sick of the crime. However, she hopes her solution can help protect someone else's car.