Authorities had to shut down Forest Parkway to traffic, while crews worked to put out the flames. 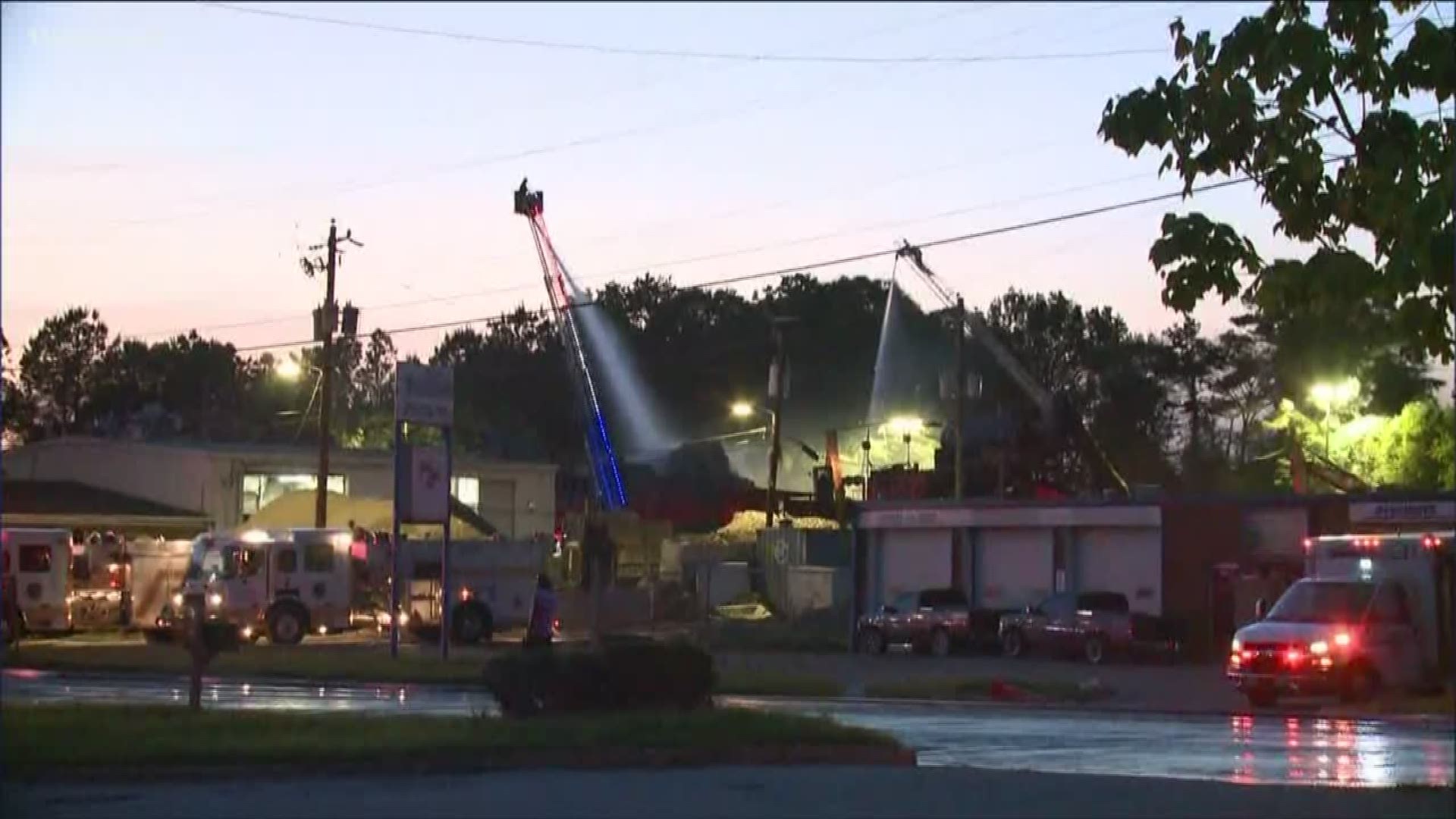 According to officials with the Clayton County Fire Department, the fire burned at the Amerigo Metal Recycling facility in the 1300 block of Forest Parkway.

Authorities said when firefighters responded to the building around 6:50 p.m. Monday, they found a 30-foot pile of scrap metal on fire.

"When you're dealing with scrap metal piles like that, the issue is hidden pockets of fire that are difficult to reach," explained Laura Richardson with Clayton County Fire and Emergency Services.

As such, first responders had to bring in large cranes to move some of the debris around to effectively battle the flames. Authorities had to shut down Forest Parkway to traffic, while more than two dozen firefighters and others worked.

An 11Alive viewer shared video of the fire from Jonesboro Road, which showed thick, black smoke billowing into the air.

Investigators don't know, yet, what exactly caused the fire, but Richardson said an employee reported seeing sparks fly from some of the machinery they were using.

Richardson said there were no reported injuries or larger impacts to the community, other than the fact that Forest Parkway had to be shut down for a spell.

Richardson said they expect to monitor the fire to make sure all hot spots are extinguished. An investigation is underway, though she said they do not suspect any foul play at this time.