Vivian was a resident of Atlanta, and celebrated for his pivotal work during the Civil Rights Movement. 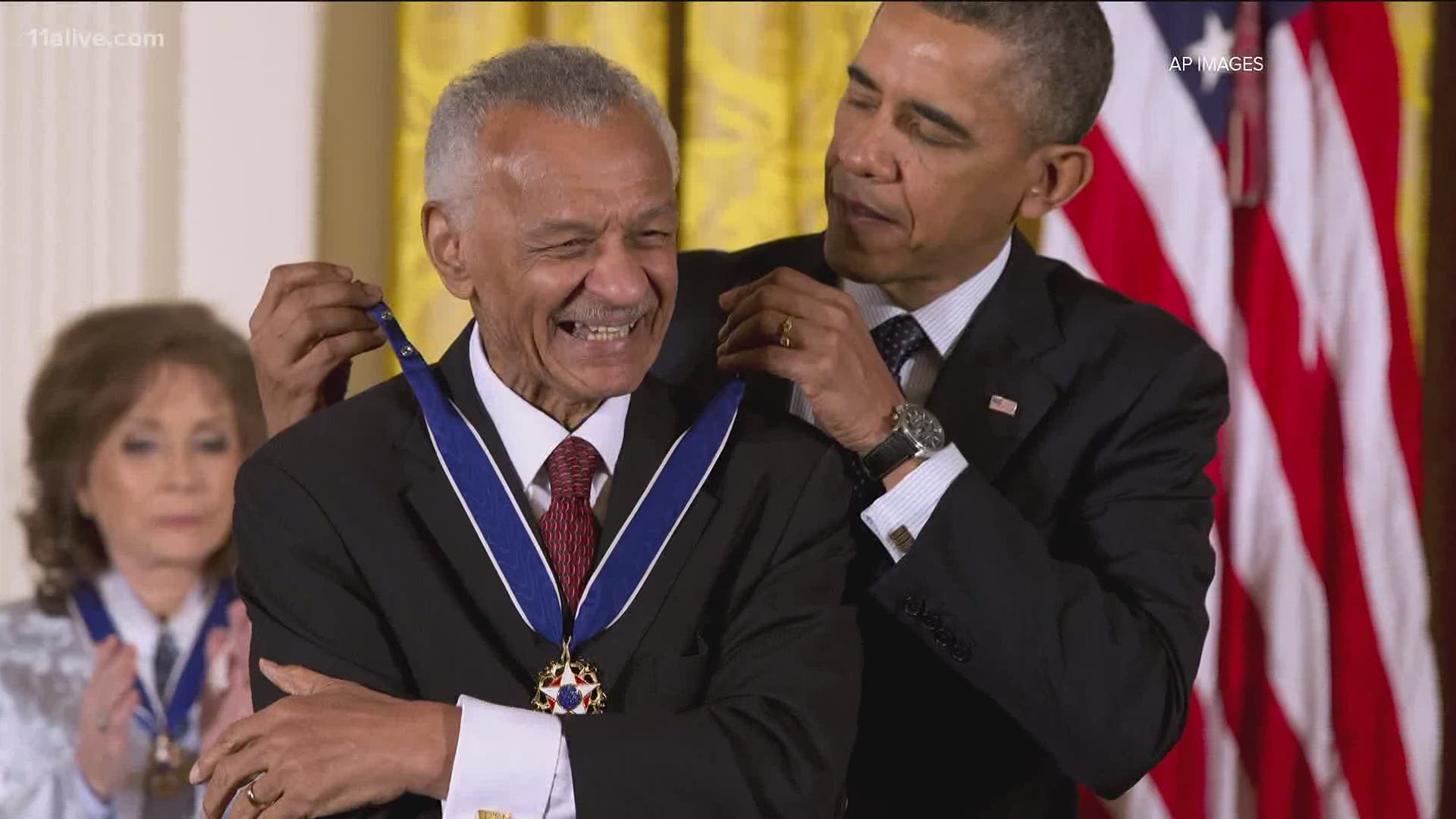 ATLANTA — Rev. Dr. C.T. Vivian, a Civil Rights icon who served as an early leader with the Southern Christian Leadership Conference and was a close ally of Dr. Martin Luther King, Jr., died Friday at 95.

His daughter Denise Morse confirmed his death to 11Alive. She called him, "One of the most wonderful men who ever walked the earth."

Vivian was a resident of Atlanta, and celebrated for his pivotal work during the Civil Rights Movement. He was most noted for his work with the SCLC, participating with the Freedom Riders and, famously, a widely televised incident in which he was punched by the notorious segregationist sheriff Jim Clark in Selma, Ala. in 1965.

In a statement, his family said:

"The family is heartbroken at the loss of our father, but proud of his life-long work to free America from its tradition of racism, hate and violence. He loved all mankind and will be missed. Rev. Vivian was preceded in death by his wife of nearly 60 years, Octavia."

Described by the C.T. Vivian Leadership Institute as a "spiritual leader, apostle of social justice, and strategist of the Civil Rights Movement," for decades he was "in the vanguard of the struggle for racial equality in America."

He was awarded the Presidential Medal of Freedom by President Barack Obama in 2013 for his leadership during the Civil Rights Movement.

Martin Luther King called him the "greatest preacher whoever lived.”

One of his first steps as a Civil Rights leader came early, in 1947, when he participated in a lunch counter sit-in in Peoria, Ill.

He later moved to Nashville and participated as a Freedom Rider, the 1961 movement that bused activists to Southern cities to challenge bus segregation at great personal risk to the riders.

In 1963 he was placed on the executive staff of the SCLC by King, who made him the national director of affiliates. In this role he crafted strategies for every SCLC affiliate across the country and, as the C.T. Vivian Leadership Institute puts it, "truly helped change the nation."

He continued to be influential in the movement that helped get the Civil Rights Act and Voting Rights Act passed - particularly through his critical organizing and leadership in Selma - and was closely involved in the liberation movements in Nashville, Danville, Va., St. Augustine, Fla. and Chicago.

Vivian was married for nearly 60 years to his wife Octavia, who passed away in 2011, and is survived by his children Denise Morse, Kira Holden, JoAnna Walker, Charisse Thornton, Mark Vivian, and Al Vivian, as well as his grandchildren.

Family says he will be laid to rest in a private funeral at Providence Missionary Baptist Church on July 23. The services will be live-streamed.