A major tradition to change at 2020 Presidential Debate 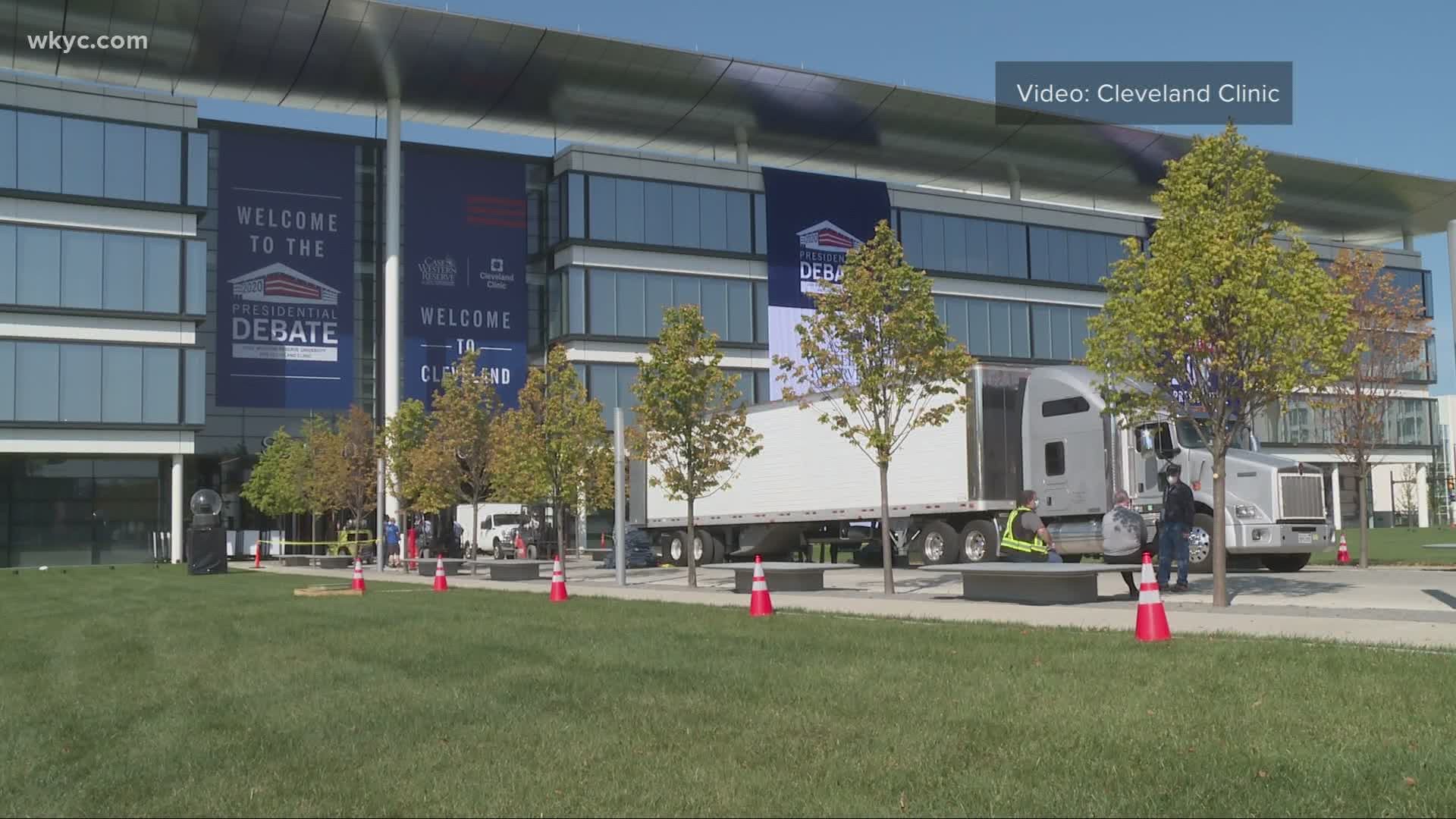 CLEVELAND — Inside the Samson Pavilion, where the public can no longer go, it is beginning to look a lot like debate night.

The staging is complete and ready for Monday rehearsals.

But there will be a few new rules this year.

“Because of COVID considerations, there will not be a handshake between the candidates or the moderator at the beginning of the debate,” said Peter Eyre, senior advisor with the Commission on Presidential Debates. ”Once on stage, neither the candidates nor the moderator, will be wearing masks.”

They will also cut right to the chase.

There will be no opening statements, with the first question going right to President Trump.

“There will be a small number of ticketed guests in the audience,” Eyre said.

Outside, there will be a different kind of crowd, with about 300 members of the Ohio National Guard now in Cleveland.

Their presence was partly influenced by an incident in May when the city was caught off-guard. Several demonstrators against police turned violent and damaged the city’s business district.

Mayor Frank Jackson asked the governor for additional support for the debate, which was granted last week.

There will also be police from the suburbs, FBI agents, and the Secret Service assisting.

Much of the public may be cautiously optimistic when it comes to violence.

“I think there's a likelihood, sure, that something like that could happen,” Michael Carr of Cleveland said. “I think in general when we're talking about protests, the protests have been overwhelmingly peaceful.”

That was certainly the case during the 2016 Republican National Convention.

On Monday, Mayor Jackson will host a virtual news conference at 1 p.m. with the law enforcement agencies involved.

It will take place on Facebook Live, and 3 News will carry it across digital platforms.