The officer was finally able to tackle the suspect. 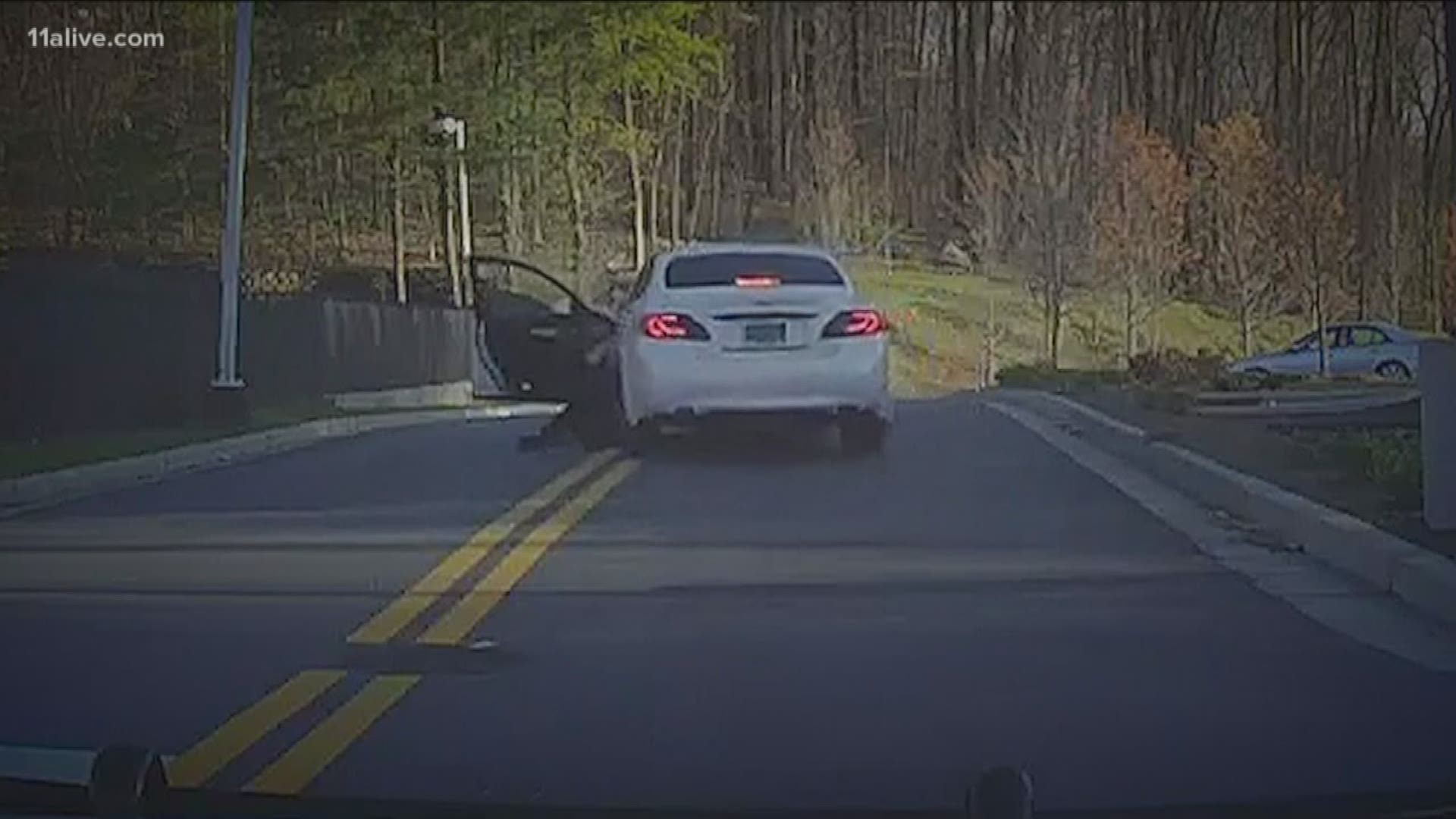 Alpharetta Department of Public Safety said it happened on April 5. An officer said he saw a man driving recklessly on Old Milton Parkway and pulled the car over.

As he talked to the driver, the officer said he saw what he thought to be illegal drugs in the car, and suspected that the driver might be under the influence.

The officer ordered the man to get out of the car. As he was being detained, the man began to struggle with the officer.

Dashcam video shows the suspect get back in the car and try to drive away with the officer's arm still pinned inside. The officer was dragged several feet before he was able to turn the car off.

After that, the suspect continued to struggle with the officer. Video shows him trying to run away before the officer finally tackles him.

The suspect was identified as 24-year-old Dennis Aguirre of Alpharetta, Georgia. He was checked out at North Fulton Regional Hospital before being put in jail on several charges including aggravated assault on a law enforcement officer, trafficking illegal narcotics, possession of illegal narcotics with intent to distribute, DUI, reckless driving.

Jail records show that Aguirre had been arrested in April 2017 on a simple battery charge, and then again on Jan. 22, 2019 on probation revocation battery charge.