Officers at the scene report they found McCallister in the roadway after being by hit the vehicle. The driver left the scene, police said. 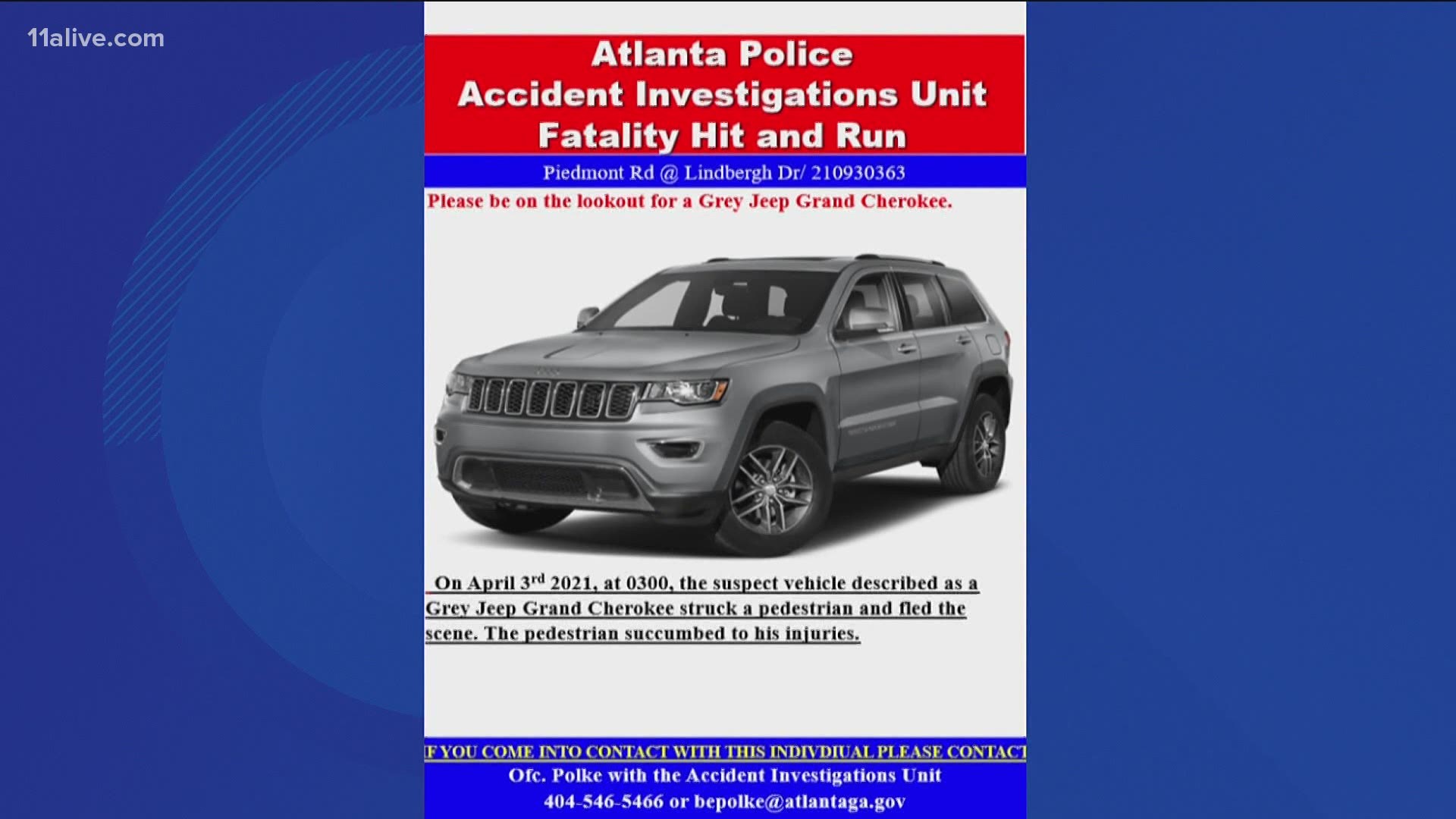 ATLANTA — Police have released dash camera video obtained by a witness of a hit-and-run that killed a local man mourned by many, including stars from “Real Housewives of Atlanta.”

The department is asking for the public's help to identify the driver of a vehicle involved in the fatal crash that killed Ethan McCallister, 28,.

The clip, released Tuesday afternoon, shows what police believe is the suspect vehicle - a gray Jeep Grand Cherokee - immediately after it hit McCallister. Previously, cops reported the suspect’s vehicle was believed to be a black Range Rover.

Officers at the scene reported they found McCallister in the roadway after being by hit the vehicle. The driver left the scene, police said.

McCallister was taken to the hospital where he later died as a result of his injuries.

He graduated from Georgia Tech and became recognizable on social media through his friendship with some of the cast members from reality television who have since posted about his passing.

Credit: Ignacio Vargas via GoFundMe
A close family friend set up a GoFundMe to help pay for Ethan's funeral expenses and support his family during this difficult time.

Kim Zolciak-Biermann, star of Bravo’s “Don’t Be Tardy,” plead for the public’s help on social media in finding the person who struck McCallister.

“We will miss your huge beautiful smile, constant jokes, cowboy boots and infamous shirts. You were always the life of the party!! One of the most genuine kindhearted people I have ever known. Always willing to help anyone anywhere. We love you Ethan and I will make sure justice is served. PLEASE HELP,” she wrote in an Instagram post.

Brielle Biermann, who was close friends with McCallister, detailed her feelings of devastation on IG.

“Ethan.... i [sic] can’t believe I’m even writing this. I’m sick sick sick to my stomach. You are my happiness my joy my light in this very dark world.. the life of the party and the sweetest soul I’ve been blessed to know. You are my best friend,” Biermann wrote.

A close family friend set up an online fundraiser to help pay for Ethan's funeral expenses and support his family during this difficult time.

If you have any information, you are asked to contact Atlanta Police.