The student who had his phone grabbed said he is considering filing a police report for theft and robbery. 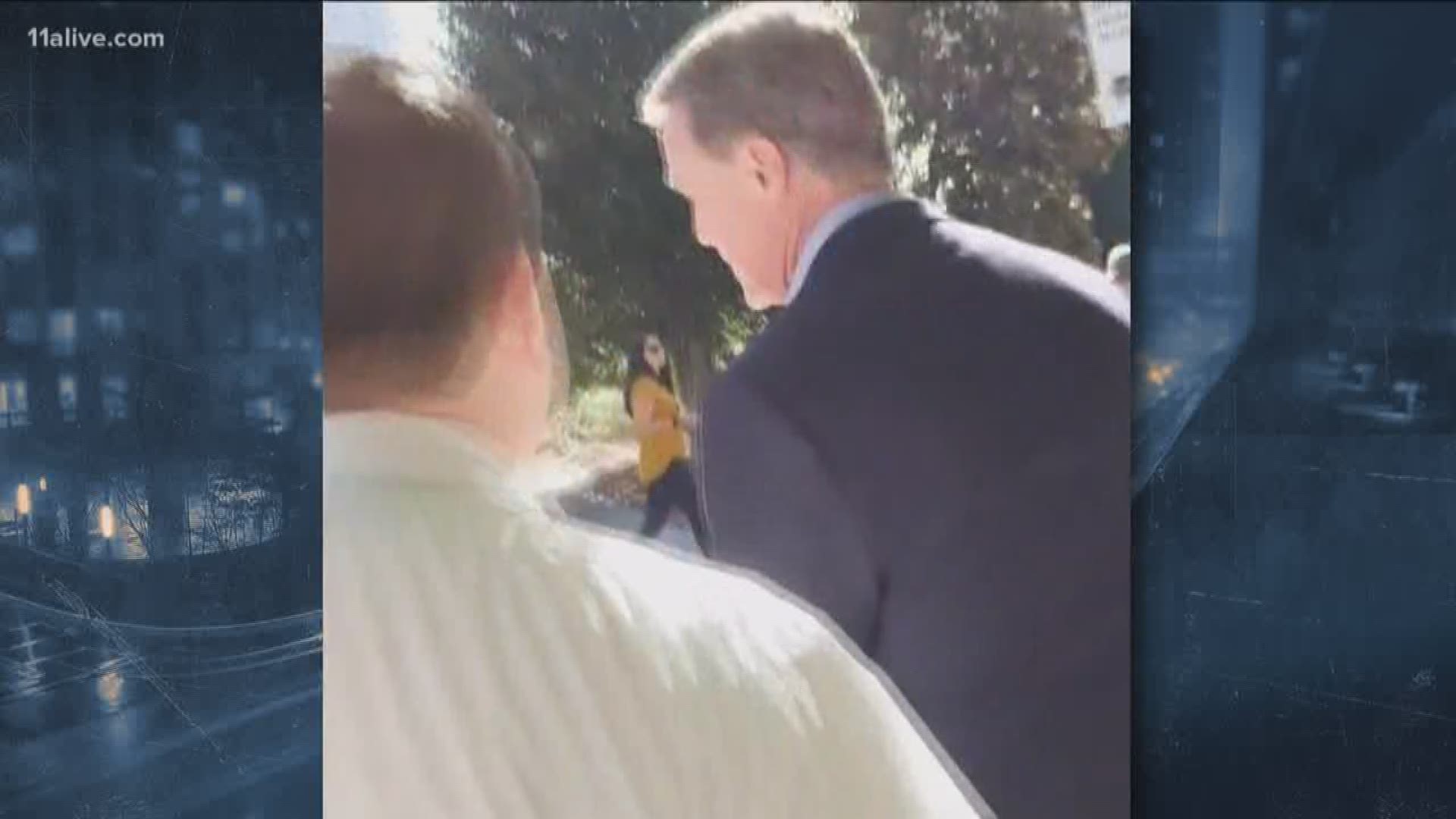 ATLANTA — It's typical of politicians to dodge questions they don't like, but a U.S. senator from Georgia is accused of taking it a step further.

A Georgia Tech student accused Sen. David Perdue of snatching his cellphone, after the student tried to ask the senator a question about Brian Kemp on camera.

Perdue was campaigning for the Republican candidate for governor Saturday when the exchange was caught on camera and posted to Twitter.

Today @sendavidperdue visited Tech to campaign for Kemp. A student tried asking a simple question about @BrianKempGA 's racist scheme to threaten voter registrations from black people, but before he could even finish the question, Perdue stole his phone. pic.twitter.com/K0iffU57Di

The student, who didn't feel comfortable doing an interview on camera, told 11Alive's Ashley Johnson he is a member of Georgia Tech's chapter of the Young Democratic Socialists of America.

He said he was trying to ask the senator how he could support Kemp - also the current Secretary of State - who is accused of blocking more than 53,000 newly-registered voters' applications ahead of the November elections.

The senator can be seen in the video responding to the student's attempts to ask his question with, "No, I'm not doing that." After that, Perdue can be heard telling the student, "If you want a picture, I can give it to you," while the student accuses the senator of stealing his property and demands for the device back.

Perdue walks away shortly after, greeting supporters while the student follows along, saying, "He won't answer why he's endorsing a candidate who's trying to purge people from voting on the basis of their race."

11Alive spoke to Matthew Wolfson, another active member with the Young Democratic Socialists on campus, who said he hopes voters take note.

"Do you want a guy in office who does this," he asked.

The student who had his phone grabbed said he is considering filing a police report for theft and robbery. Wolfson said he doubts anything will happen, but said it was a good example of politicians getting away with so much.

11Alive reached out to Sen. David Perdue's office to ask about the video. They responded saying:

“Senator Perdue spent several hours meeting with hundreds of people at the Georgia Tech game this weekend. The Senator spoke with many students and answered questions on a variety of topics. In this instance, the Senator clearly thought he was being asked to take a picture, and he went to take a selfie as he often does. When he realized they didn’t actually want to take a picture, he gave the phone back.”