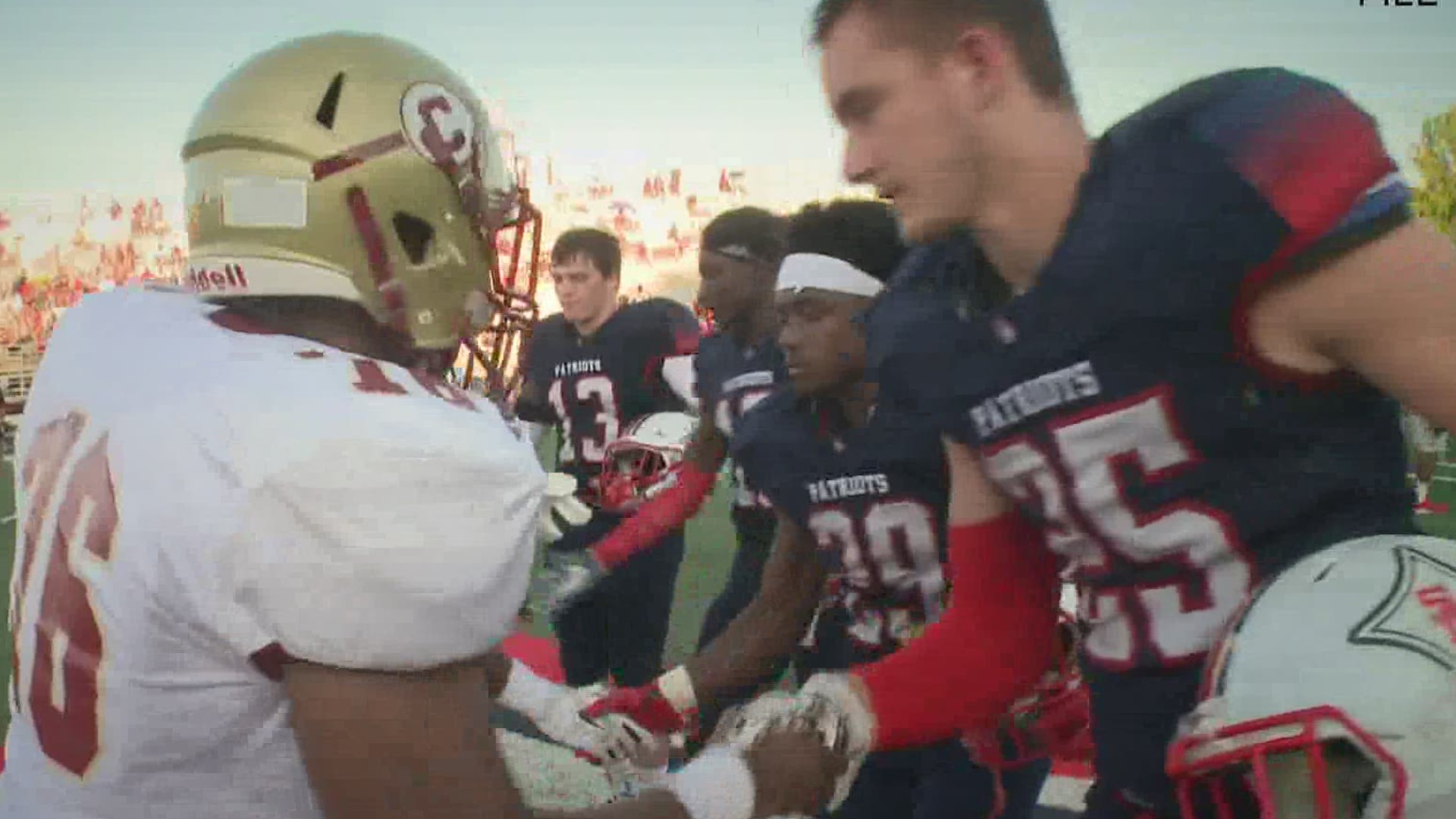 MONROE, Ga. — Editor's note: The video above is from a previous story.

A standout high school football player and state wrestler from metro Atlanta is fighting for his life following a single-vehicle car accident on Sunday.

Davious Branch, 17, who attends Monroe Area High School, is in a medically-induced coma at Atlanta Medical Center with critical brain injuries, according to Pastor Tommy Fountain at 1025 Church.

He had bleeding in the brain, but that has subsided, Fountain said. The doctors' main concern now is swelling and excess fluid that needs to be removed from his brain.

"His condition is a little better, but he’s still very critical," Fountain, who also serves as the team chaplain, told 11Alive News.

Branch, who is said to be in outstanding physical condition, has a long road ahead of him. His teammates and the community are rallying behind him and his family.

"The team is handling it well. I believe they are hurting, but at the same time they are motivated to care for one another, understanding that life is fragile, but pulling together as a team," Fountain said.

Dawn Parker, the pastor's assistant at 1025 Church, said Branch always has a smile and that's what he's known for.

"He's a great kid," she said. "He has a great attitude and is very encouraging to the players."

Fountain said the head football coach, Kevin Reach, has really been moved by this. He said it was just a "tragic accident" that took place and said the high school senior "wasn't doing anything wrong."

"Football has become secondary to us. Right now we are praying for healing and making sure his family knows we love him and love them as well," Fountain said.

1025 Church, who held a prayer service after the crash where 100 people showed up, is collecting gift cards and money for the family. Donations can be made Monday through Thursday from 9 a.m. to 4 p.m. at the church located at 1025 E Spring Street in Monroe.