James Epley says he wanted to defend the constitution. So he filed a permit for a spot on the National Mall, drove in from South Carolina and assembled a massive one 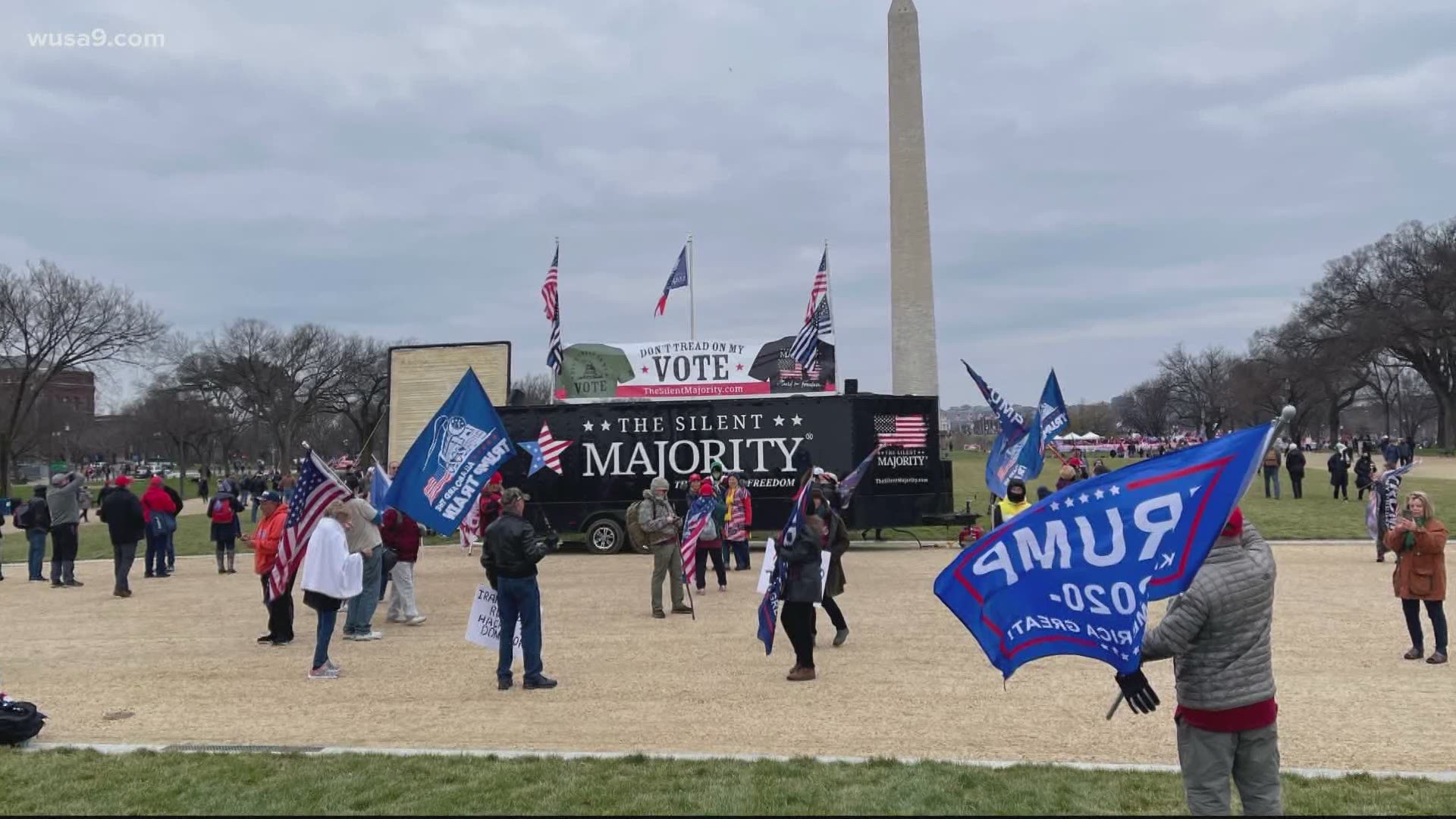 WASHINGTON — Counting the electoral ballots was supposed to be a rudimentary procedure, one of those ancient ceremonies that doesn't make much news. Tellers would read aloud the electoral votes from each state and the candidate that had the majority would be announced by Vice President Pence as the next president of the United States.

But in the days and weeks before Congress was scheduled to count the certified votes, several people filed for permits for demonstrations in the heart of the Nation's Capital.

One of those people, was James Epley.

Epley is the president of The Silent Majority, an apparel line he says is based in American values. He said he did not coordinate with any of the groups that assembled demonstrations downtown.

His permit with the National Park Service, authorized up to 250 people to gather for a First Amendment demonstration on the "north inner gravel walkway" between 13th St. and 14th St. on the National Mall, near the Washington Monument.

So he packed up his trailer, and drove from South Carolina to Washington D.C.

“We had a big 10-foot by 15-foot copy of the Constitution erected beside our trailer, and we were set up for me to give a few speeches,” Epley said.

Credit: James Epley
James Epley set up a 10x15 ft. display of the Constitution on Jan. 6

He planned for a few speeches, but only a couple of people showed up, so he started playing country music and "patriotic songs" on speakers.

Despite repeated claims made by President Trump and his supporters, there is no evidence of widespread election fraud. Still, Epley said he decided to come to D.C., hoping to get his message across.

“To protect the integrity of the Constitution, and to make sure that people understand that we do have a right to peacefully protest," Epley said. "We have an ability to make sure that our representatives hear our concerns, and then see if they'll act upon those concerns. But that's how a constitutional republic is supposed to function, that’s how a representative government is supposed to function, and we were there to stand up for the Constitution and the rule of law.”

Credit: James Epley
Photo of Epley's display and The Silent Majority trailer on the National Mall taken on Jan. 6. Epley says he was not connected to any other group demonstrating that day

While Epley continued his protest on the Mall, rioters began making their way to the Capitol. Epley said he stayed by his display, and had no part in inciting or participating in violence.

He says it’s unfortunate that concerns about election integrity and the constitution were cast aside.

“Everyone that was there for a legitimate purpose, aw is lost in the message," Epley said. "Because now all people see are the images of people breaking into the Capitol, which we would never condone, violence is never acceptable, but you know, it's unfortunate because now that is the dominant story.”