Brockway has produced a commercial that shows the candidate confronting an undead would-be Georgia voter, who happens to be wearing a Hillary Clinton shirt. 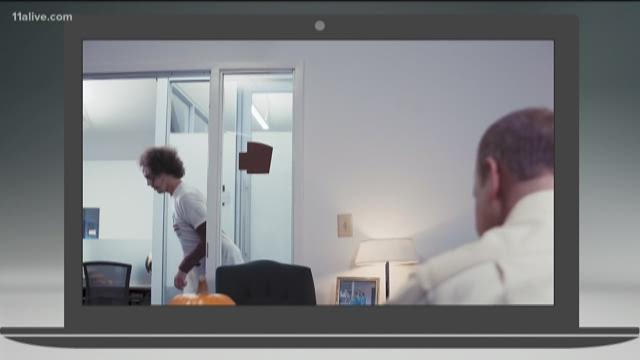 ATLANTA -- Perhaps it’s no coincidence that Halloween and election season arrive at more or less the same time. What follows is a story about a mashup between politics and the undead – delivered as a cautionary tale about voter fraud.

When you go to your grave, you’re supposed to take your voting rights with you. And thankfully, nearly all of us do just that. Voting is for the living – though the spectre of voter fraud always has a haunting presence.

"It’s entirely possible that it happens. It absolutely is," said Rep. Buzz Brockway (R-Lawrenceville), running for the GOP nomination for Secretary of State.

Brockway has produced a commercial that shows the candidate confronting an undead would-be Georgia voter, who happens to be wearing a Hillary Clinton shirt.

"You again? Look, undead is still dead. You can’t register to vote," the candidate scolds the zombie applicant in a fantasy sequence. Brockway plays the role of Secretary of State, keeper of Georgia's voter rolls.

"And if you are sloppy with your voter list it can happen," Brockway said in an interview. Asked to cite a recent instance of a dead voter "voting," Brockway referred to a case from Dodge County in 1996, which "included cases of double voting, votes by felons and at least one ballot cast by a dead person," reported the Augusta Chronicle following the sentencing of three former local officials. "It has happened, and if you're not vigilant. it could happen again," Brockway said.

Fifty five years ago, a political boss in Quitman County in south Georgia stole an election from Jimmy Carter in his first state senate race. Dead Quitman County voters were among those whose votes counted for Carter’s opponent. A judge overturned the results. Carter wrote about the case in his most recent memoir.

"There’s a lore around dead people voting," said Dr. Andra Gillespie, political scientist at Emory University. But she adds the lore vastly exceeds documented instances of the dead casting ballots in Georgia. "So in many ways, bringing up this issue is a solution in search of a problem."

Or in this case, it’s a candidate in search of votes that will actually count.