The fire also forced eight other people out of their homes. 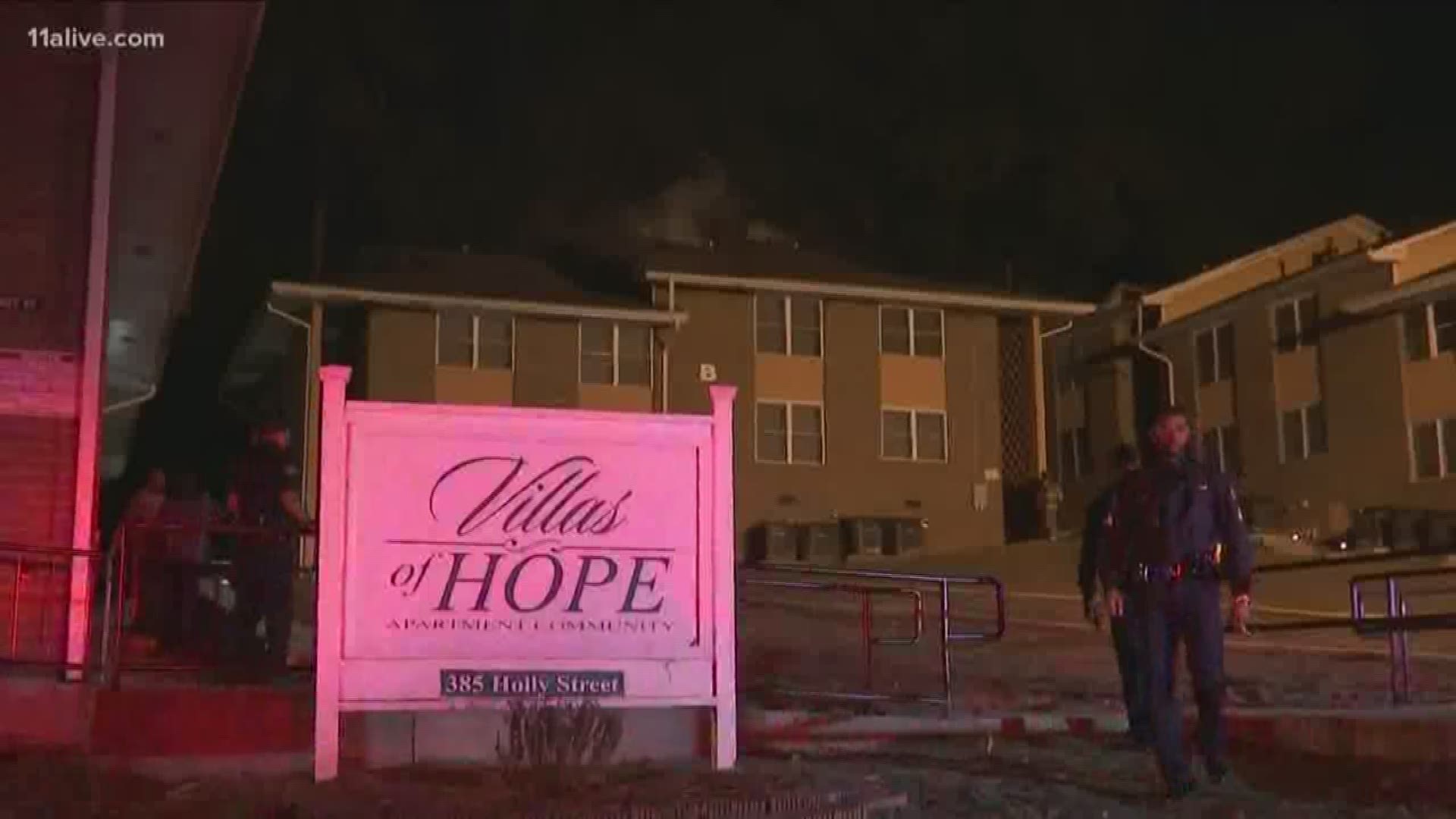 Atlanta firefighters were called to Villas of Hope Apartment Community around at 385 Holly Street NW around 4:30 a.m.  By the time they got there, heavy smoke and flames were already showing from one apartment.

Fire investigators were also called to the scene to learn more about the cause of the fire. At this time the source of the fire hasn't been released.

Authorities haven't identified the victim yet, however, the American Red Cross has been called to the hospital to help eight residents from eight different apartments who survived the fire.

Red Cross representatives are providing emotional support and emergency resources such as lodging, food, and clothing.