It is one of the deadliest interstates in Georgia. The state has promised to make improvements, but some say the Band-Aids don’t even cover the wound.

Most of us have taken Interstate 16 to get to Savannah, Ga. It’s a 166-mile long straight, often solitary road. But last year, 28 people were killed.

Most in metro Atlanta heard about the five Georgia Southern University nursing students killed on their way to their last day of clinical rotations at a hospital in Savannah. The driver of a tractor trailer failed to stop as traffic backed up on I-16.

But few have heard the name of Wendy Melton, a single mom of six kids with two jobs. Or Brittanie Altman, a 16-year-old bubbly, outgoing girl. Or the three other people killed when another tractor trailer driver did the same thing – just one month later.

“No brake marks, no skid marks, no nothing,” Tray Riner, Melton’s brother, said. 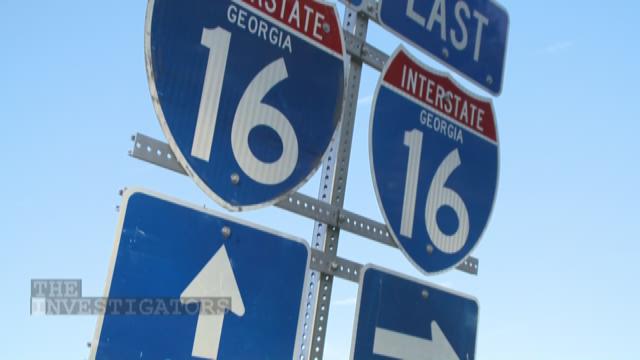 GDOT has announced several building projects to improve safety on I-16, from re-designing the interchange with I-95, to widening the road East toward Savannah, Ga. Both are needed, but neither will begin any time soon.

Plus, when we plotted the fatal crashes in the past 22 months, very few were located in the areas set to be improved.

The traffic jams, he continued, start another 20 miles down the road and the widening project should extend further back toward Macon, Ga.

In late 2017, GDOT is slated to spend $13.25 million to install 56 miles of median cable barriers from the Treutlen County line to Chatham County to help with cross-over collisions. There is already a wide natural barrier, but that hasn’t been enough to stop distracted or sleepy motorists from driving into oncoming traffic.

The barriers won't extend all the way to Emanuel County, where another cross-over accident killed four people.

While GDOT has proposed spending two billion dollars to create dedicated lanes for tractor trailers on a portion of I-75, there is no such plan near Savannah, where the traffic is expected to double as the port expands.

GDOT said the project is targeted where the state experiences the most truck-related congestion.

But it’s not where last year, we saw the most deaths.

“Safety is our number one priority but look around metro Atlanta, look around the back up at the ports. People still want us to ease congestion, they don’t want us to ignore that and only focus on safety,” Natalie Dale, GDOT spokesperson, said.

11Alive’s Investigator Rebecca Lindstrom found the rise in accidents came as the number of compliance officers able to inspect and enforce trucking laws fell. While DPS said that they have no studies to connect the two, they did kick off an aggressive campaign in November 2015.

The speed radar also measures the distance between vehicles, to ticket a truck driver following too close. The past year, violations have skyrocketed, as have the number of trucks and drivers taken off the road for safety issues.

Around the port in Chatham County the campaign seems to have made a difference. In 2015, there were 519 crashes with 189 injuries and seven fatalities on I-16. So far this year, there have only been 318 crashes, with 98 injuries.

“The statistics are the accidents. We like to think there’s a lot that don’t happen because of what we do,” Mouchet said.

Deadly I-16 in Georgia

Steve Owings knows there are some road hazards that infrastructure can’t fix and officers can’t be everywhere.

More than 20 years ago, the U.S. Department of Transportation studied whether big rigs should use speed limiters. No action was ever taken. After a request from his organization, Road Safe America, as well as the American Trucking Association, is considering the issue again. But under the proposed rule, only new trucks would be affected, even though according to the DOT’s own report the technology needed has been installed in the heaviest trucks since 1999.

“Really if there’s any villain in this it’s the government. They’re supposed to keep us safe. That’s a primary reason for government and it’s absurd that they haven’t done this decades ago,” said Owings.

The US DOT says limiting a trucks speed to 60 miles an hour could save nearly 500 people a year. Owings wonders how many more lives would be affected if the change was made on every big rig.

Riner believes limiters would only make matters worse. He’s a truck driver as well and says slower trucks will just add to road rage and make it more difficult for big rigs to get around each other.

He believes changing the way drivers are paid would make a bigger impact on safety. Most truck drivers get paid by the mile, creating incentive and in some cases a need to go faster, longer.

Riner doesn’t believe we need new laws or infrastructure to make the roads safer. He believes the ones on the book should simply by equally enforced and drivers, in vehicles of all sizes, should take it seriously.

“It’s personal responsibility. If the driver pays attention and does what he’s supposed to do, that accident wouldn’t have happened,” said Riner.