City officials adopted an interim agreement to regulate companies so their scooters are not left all over the place and riders use them more responsibly. 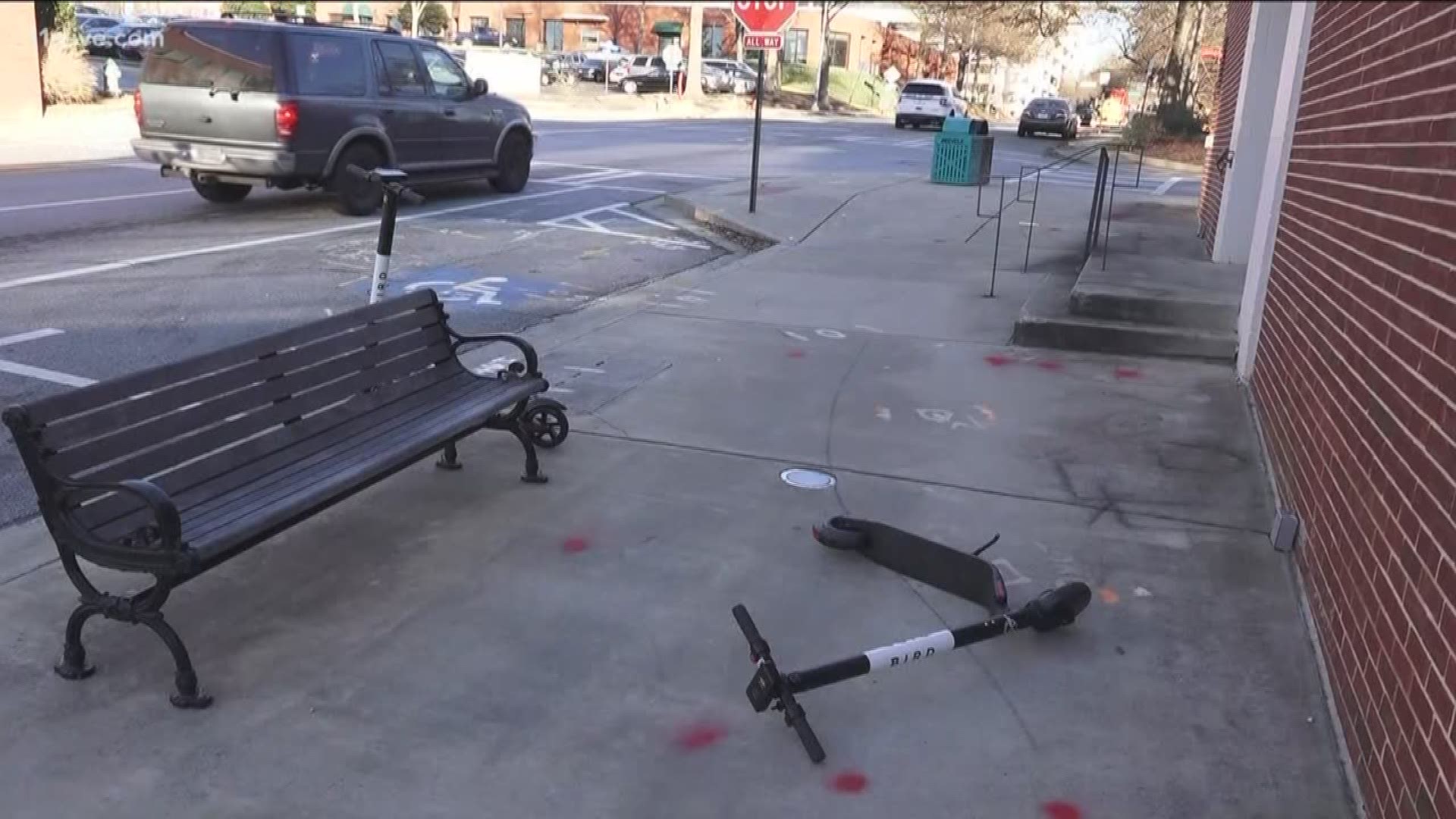 The new mode of transportation popping up in cities all around the nation have stirred up a love-hate relationship in metro Atlanta. The same is true in the city of Decatur.

11Alive's Ashley Johnson was at Decatur City Hall for the discussion, where commissioners adopted an interim agreement - not a law - which regulates companies so their scooters are not left all over the place and riders use them more responsibly.

As part of the new agreement, the number of electronic scooters will be limited to 50 units per company. It also puts parking regulations in place and enforces a permit and operating fee. And if the scooters are improperly stored, the city can confiscate them.

Public comments during the Dec. 17 meeting was mostly supportive of the e-scooters.

"This is definitely a wave. It's definitely the future. This agreement is Draconian," said John Leak.

Commissioners said they are willing to work with the scooter companies, but there have to be rules.

"What we want them to do is play by the rules we all have to play by," a commissioner explained.

Locally, some governments - like the Athens-Clarke County Commission - are voting to ban the electric scooters. But proponents say the scooters serve as a more efficient solution to Atlanta's increasingly apparent congestion problem.

"Metro Atlanta needs more transportation of this magnitude. The streets are just congested. You can't get anywhere," one commuter griped. "It's awesome."

The interim agreement is in effect for 90 days until commissioners can come up with a more permanent ordinance with further discussion. Among those topics to be fleshed out - age limits and a curfew for when the scooters cane be used.