A work crew removed in the early hours of Friday morning and placed it into storage. 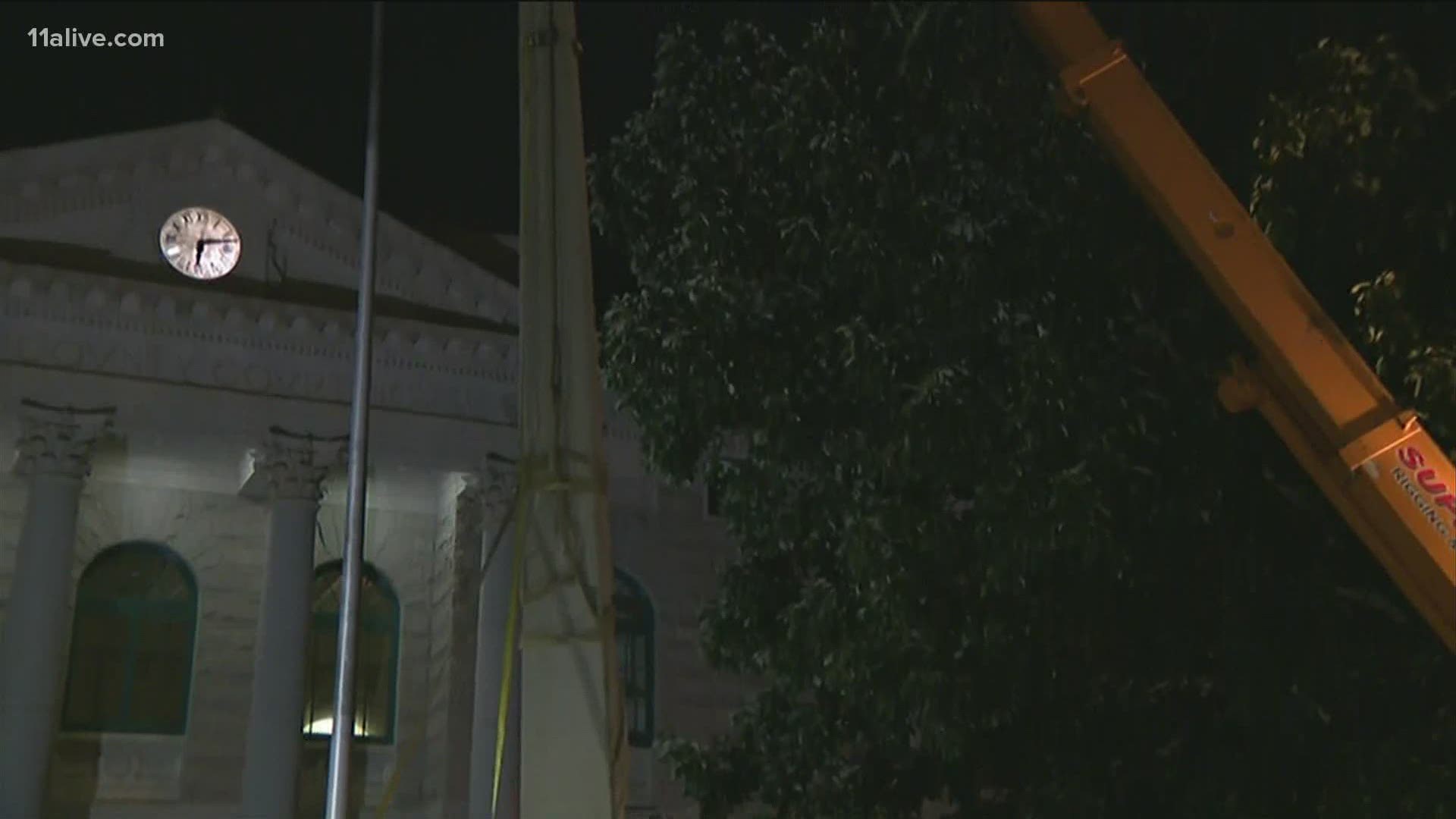 DECATUR, Ga. — Crews worked late Thursday night and early Friday morning to take down the Confederate obelisk in Decatur that was ordered last week to be moved to storage.

It's been dubbed a public nuisance due to ongoing vandalism. Decatur City Attorney Bryan Downs filed a complaint to abate a public nuisance last week as well as an emergency motion for interlocutory abatement of a nuisance - or a request that the court takes action to solve the issue.

"In short, the Confederate obelisk has become an increasingly frequent target of graffiti and vandalism," the court response said in paraphrasing the filed complaint. "A figurative lightning rod for friction among citizens, and a potential catastrophe that could happen at any time if individuals attempt to forcibly remove or destroy it."

As such, Judge Clarence F. Seeliger of the Stone Mountain Judicial Circuit ordered on Friday that DeKalb County relocate the obelisk to "a secure location for storage" until further word from the court.

On Thursday night, 11Alive spotted a crane at the site. A crowd had gathered at the square and cheered as crews worked to remove the obelisk.

DeKalb CEO Michael Thurmond plans a news conference later in the day on Friday to discuss the removal and potential future plans for the site.