They were meant to calm traffic, but more than 100 planters on West Howard Ave in Decatur are reportedly causing more problems than they solve 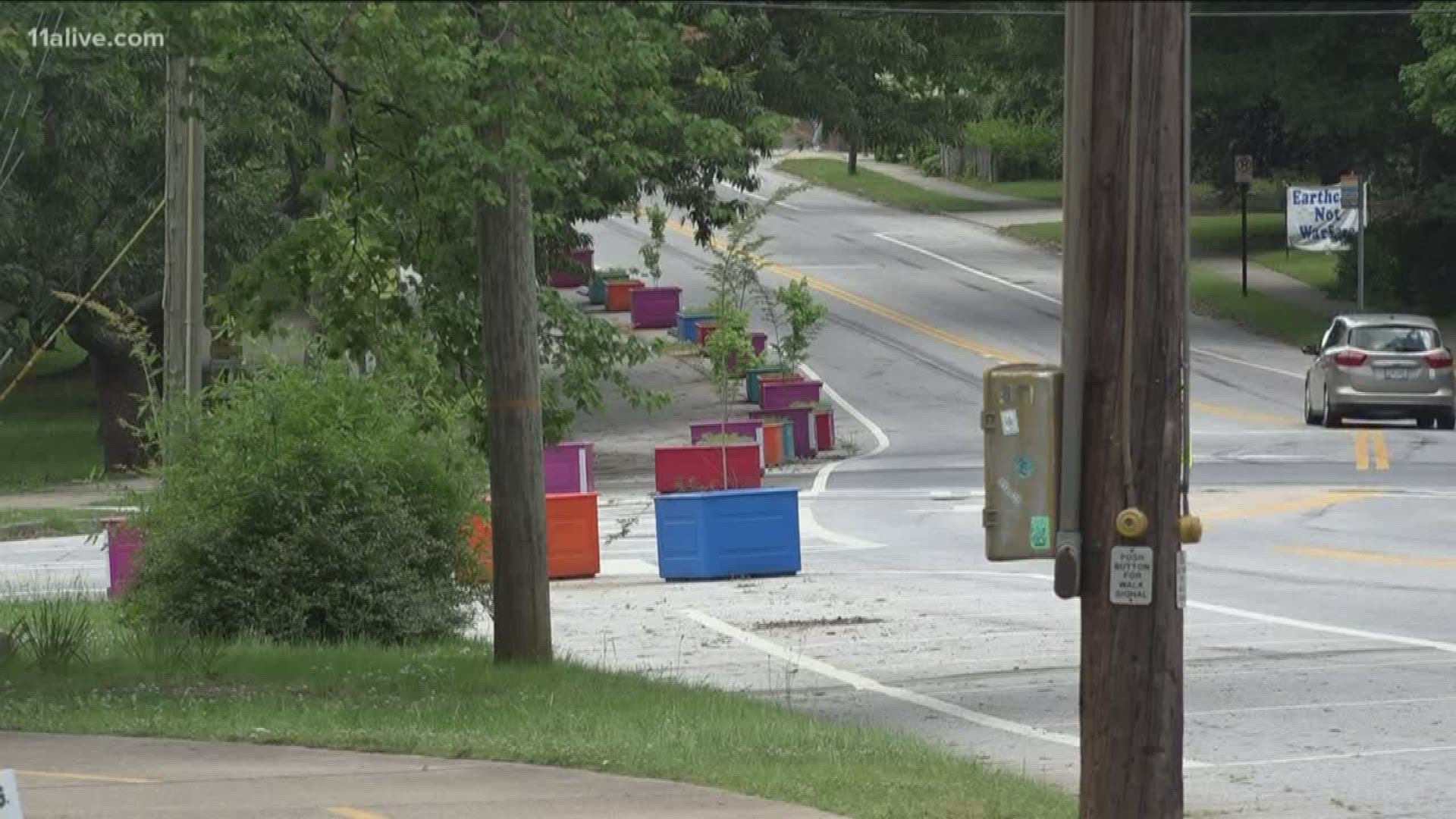 DECATUR, Ga. — You either love them or you HATE them. There's no middle ground for the potted plants that now line the city streets on West Howard Avenue.

Since they were installed a few weeks ago, they've sparked passionate conversation, caused several accidents, and drawn a firm line between those pro and con planters.

To hear Desiree Hall tell it, the problem is the drivers, not the plants.

The soil has spilled all over the road at least twice in the past week, when distracted or unaware drivers slammed in to the planters.

"One of 'em, two of 'em were down! Completely, completely down. Just no good at all," Hall explained.

The manager of the gas station on West Howard saw the whole thing go down.

"This one was in my parking lot - see how damaged it was," he asked, pointing out the destroyed planter.

He says his customers are evenly divided between those who hate the planters, and those who love them.

"I like the planters because it looks like they're colorful and they protect the pedestrians on the sides," said one customer.

But colorful foliage to one driver means a near accident to another.

"I almost ran in to one the other day, I tried to call the City of Decatur," explained another customer, whose not a fan. "I don't know why they put them there. Anybody can get their car messed up. You see my rim? I hit the curb the other day. I messed up when I hit the curb, right there."

The City says they're happy with the planters and have no intention of moving them. They explained they bought them as part of a project to calm traffic in the area and keep pedestrians safe.

"They should be giving us the money," Hall said.

So how much did it all cost? The City says the planters cost $118,000 and the contractor who re-striped the road was $163,000. But to redo the road would have cost the city around $4 million.

Love or hate the planters, everyone agrees drivers should start protecting the investment.

The Decatur newspaper, Decaturish, has been reporting on the plant saga for a few weeks now, and to give you an idea of just how many people are talking about it - they're now selling coffee mugs with a picture of the planters on them.