Clairemont Road has reopened to traffic 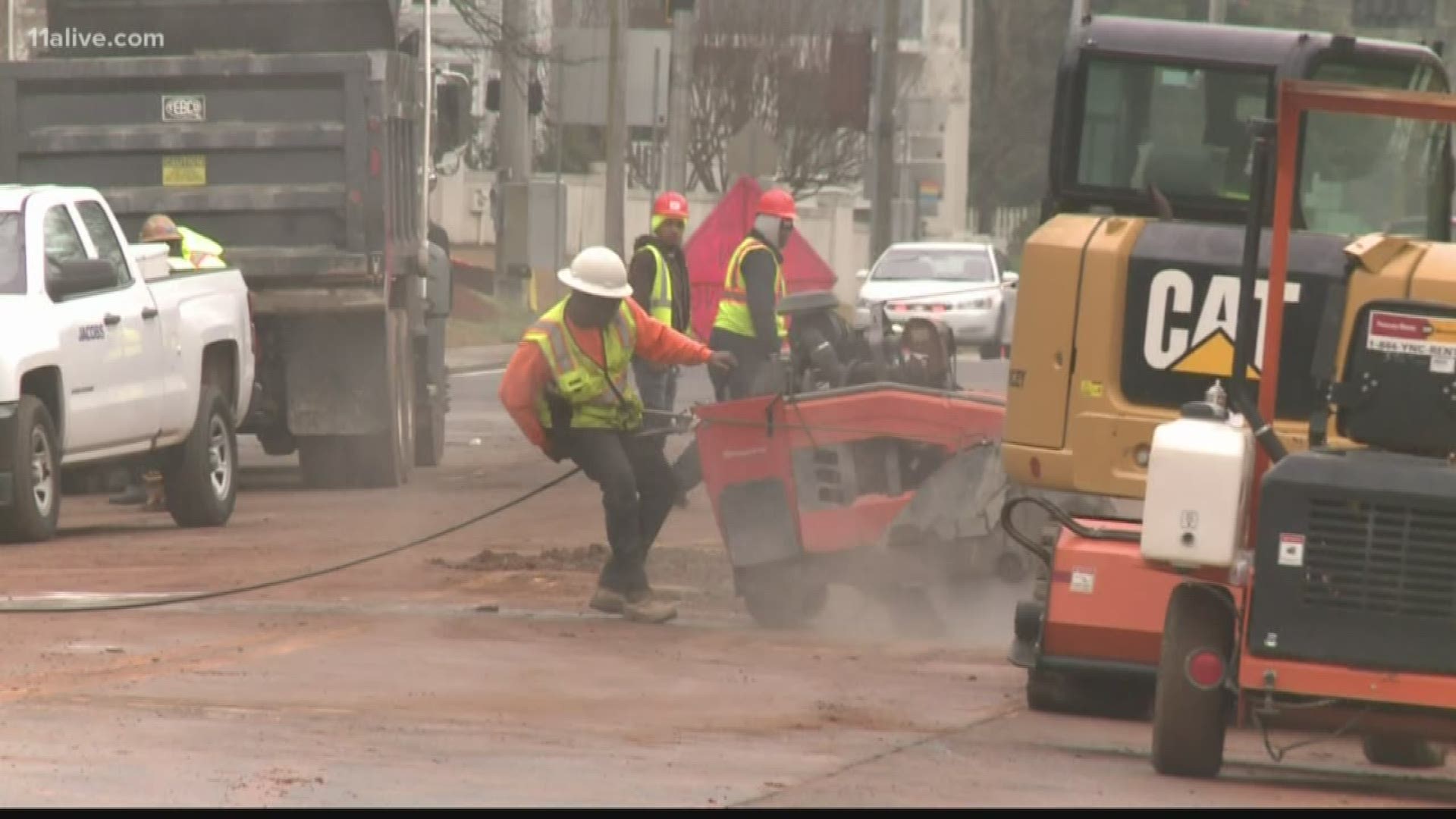 UPDATE: The DeKalb Watershed reports repairs on the pipe were completed at 4 a.m., but crews continue to work to repair the road.

Just after 9 p.m., officials said they expect o have the road repaired and reopened around midnight.

Authorities in DeKalb County have announced a time they hope to have water main repairs completed in Decatur.

Decatur Police said earlier Sunday that a 20-inch water main had broken near the corner of Clairemont Avenue and Westchester Drive, sending water cascading into the streets.

DeKalb Watershed Management has issued a statement saying they are working to isolate and repair a 20-inch water main break at 920 Clairemont Avenue.

Police officials are working with DeKalb Watershed to determine the cause of the break and a timeframe for repairs to the line.

Now, DeKalb Watershed believes they will be able to complete repairs by noon on Monday.

Earlier on Sunday, Watershed crews were forced to suspend work for a period of time while Atlanta Gas Light crews repaired a damaged gas line in the vicinity.

They have since resumed work on the damaged water main.

According to DeKalb County officials, the gas line damage was not related to the water main break.

County officials said that anyone seeing brown water coming from their taps should run them until the water runs clear, and contact DeKalb Watershed Management at 770-270-6243.

Anyone else experiencing issues as a result of the water main break should also contact Dekalb Watershed at that same number. However, county officials said there should be minimal service interruption in the area.

Motorists are advised to avoid the area entirely at this point.