One dead, one critical after 4-car accident in Decatur

A serious accident, Sunday, has taken at least one life and critically injured another in Decatur, Ga. 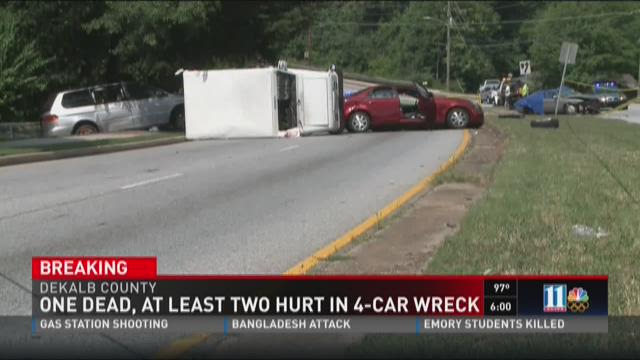 DECATUR, Ga. -- A serious accident, Sunday, has taken at least one life and critically injured another in Decatur, Ga.

The accident happened on South Hairston Road at Statler Road around 2:45 p.m.

While the cause is not immediately clear, 11Alive crews on the scene have confirmed four vehicles involved - including a U.S. Postal Service mail truck.

Witnesses said it all began when one vehicle lost control coming down a hill and struck three others. They said the driver of that vehicle was the one who died.

In addition to the one death and other critical injury, Captain Eric Jackson with DeKalb County Fire and Emergency Services said there was one moderate injury and one minor injury reported.

We've been told a postal driver and a pregnant woman were among the injured.