Three women in the Georgia firefighter ranks have risen to the top in Decatur, Ga. They make up the only all-woman command staff in the world of the heavily male firefighting profession. 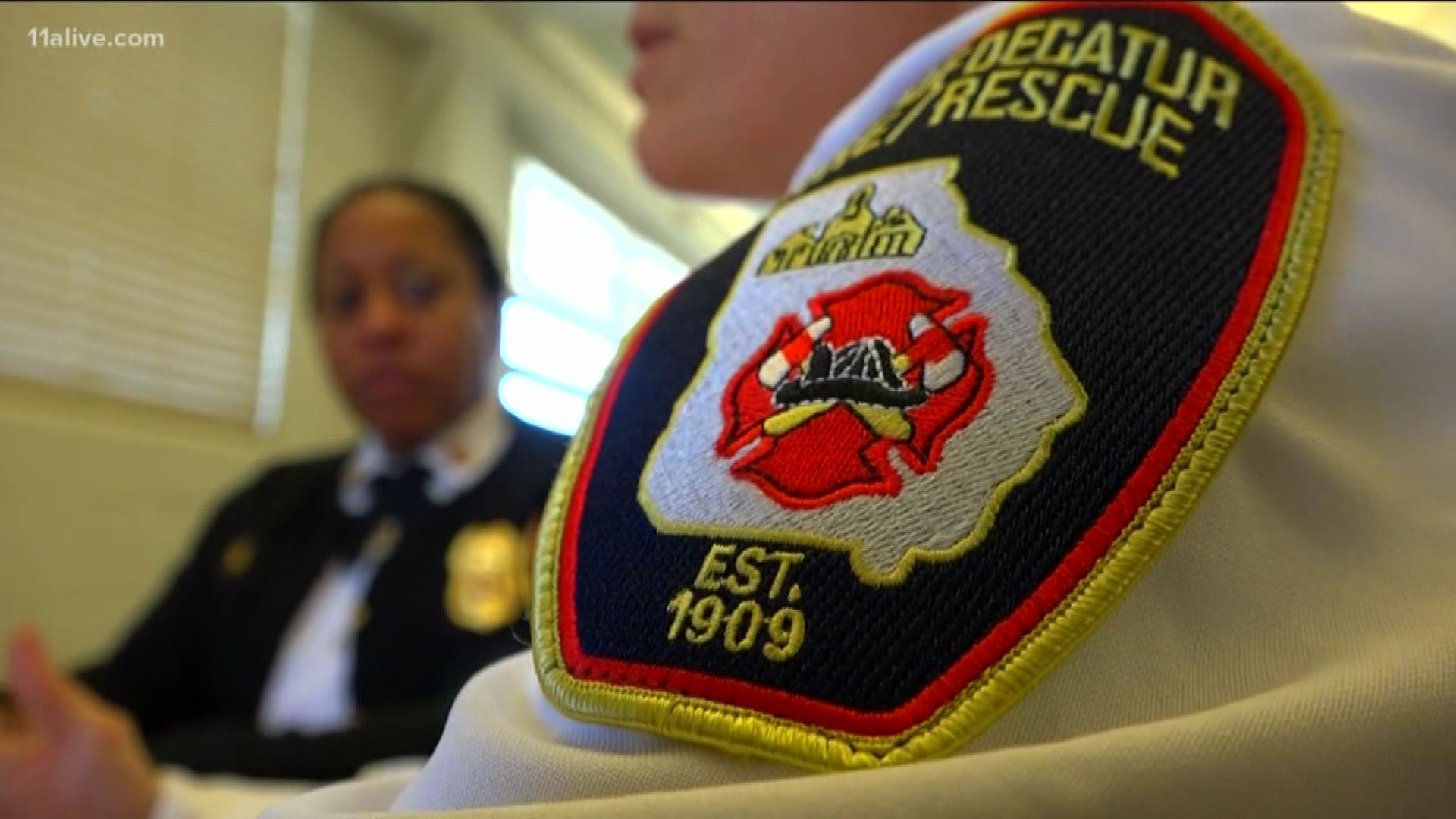 DECATUR, Ga. -- There are 400,000 firefighters in the United States but only 16,000 of them are women, even fewer are in leadership positions.

"It's 2019. And I'm the only African American female fire chief in the country," said Decatur Fire Chief Toni Washington.

The City of Decatur has the only fire command staff in the world where all three top positions are held by women. In. The. World.

Assistant Fire Chief Ninetta Violante said gender dynamics do play into their job performance. "You feel like you have something to prove, so you push yourself harder. You feel like eyes are on you," she said.

11Alive's Kaitlyn Ross talked to all three women about their history with the fire department and how they rose through the ranks. They shared stories about being a woman in an industry dominated by men.

Chief Washington:  "It was very different. I was one of the first seven women hired in the city of East Point, and coming in I was very naive because I didn't realize what I was coming in to."

"I walked in the fire station all jolly and happy and no one would speak to me!"

Chief Violante: "Captains and Officers who have said, you're doing a great job, but I don't think women should be in this industry at all...When I'm looking for female candidates, and people will say, how many women do we really need to have?"

Chief Morrison: "All I wanted to do, from the time I was a little girl, was just be a firefighter."

"The hardest part was self inflicted. Just feeling like I was in competition with my male counterparts."

Chief Violante: "I put a lot of weight on my own shoulders and I want people to know that I trust them and I believe in them. This is a life saving job and I want them to feel confident in me that anything I ask them to do, I can do myself."

"I'm 5'2, I'm like a buck twenty. And that poses some challenges. And I put a lot of pressure on myself."

Chief Washington: "I think more was expected of me than my peers. I think when people look at female leaders, they're always looking at us, critiquing us, so we always have to do more than our peers and that's one thing that I wish would change that hasn't changed yet."

Chief Morrison:  "I remember being in recruit school and there was only one other female in school and they pit us against each other. But we made a pact that we weren't going to let that happen."

Chief Violante: "We're three very strong females. But we're different in our own ways. So it's good because they get three different perspectives on different leaders in command, so it's not a stereotype."

Chief Washington:  "We can say diversity now, so we feel like we have arrived. But I don't think we are intentional when we hire our workforce. So I think setting an example, and being successful can show that we can do this."

Chief Morrison: "When we all set down and talked we all said we can do this, this is ours, and we are well on our way. We are good."