The video suddenly emerged online this week. The source is unknown. 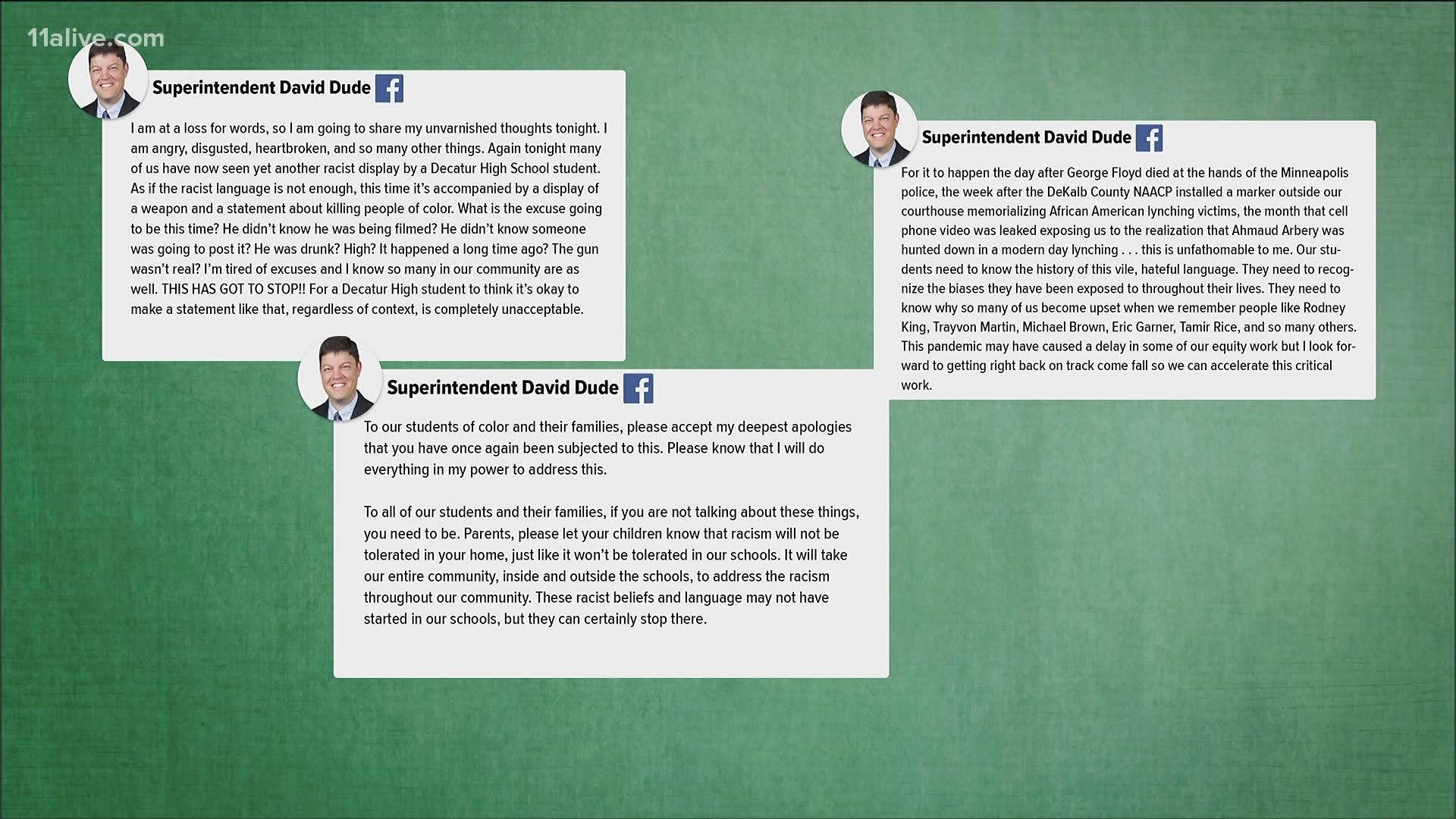 Community leaders said the video is just the latest example of many that are revealing a climate of racism across the city. Residents are seeking an emergency meeting Friday with city leaders to figure out together how to end it in Decatur.

Ironically, Decatur has a reputation for being home to some of the most politically progressive residents of Georgia.

The teen’s video and other recent videos are causing a furor, exposing fear and anger and complaints.

A Decatur High School student, who is white, waves a toy gun, uses a racist slur, and seemingly threatens African Americans with violence. And off-camera, people are laughing.

The video suddenly emerged online this week. The source is unknown.

DaVena and Tony Jordan, who have two sons in Decatur schools, reported the video to police Thursday morning right after they saw it, online. Decatur Police confirm they are investigating.

The Jordans have been involved in their non-profit, “All Walks of Life,” for years, turning troubled youth from bad behavior, helping and empowering at-risk youth, preventing juvenile delinquency.

“So I know, on its face, that this was a terroristic threat,” DaVena Jordan said.

They point out that the student’s mother, Cheryl Nahmias, is one of the administrators at Decatur High School. Nahmias has not yet responded to requests for comment from 11Alive News.

And the student’s uncle is a Georgia Supreme Court justice, David Nahmias, who said in a statement emailed to 11Alive News that the video is “disgusting,” “awful,” “inexcusable,” “out of character” for his nephew:

“I learned late last night about the disgusting video that my nephew made last year when he was 14 years old. Like the rest of my family, I was embarrassed and saddened by it. It is simply awful and inexcusable, and it does not reflect my family’s values or what we have tried to teach our children about the importance of treating all people with respect and dignity," the statement said.

"I love my nephew, and this seems so out of character for him. I do not intend to comment further in a public way about this matter," it continued.

RELATED: George Floyd's death 'a gut punch' in the eyes of a former police officer

“If the roles were reversed,” Tony Jordan said, “and it was a black kid that did that, he would be expelled, they would have probably knocked my door down and came and grabbed my child out of there, and locked him up immediately.”

Decaturish.com reports that the teen’s mother is condemning the video, and that her son was making an inexcusable joke.

The Superintendent of the City Schools of Decatur, Dr. David Dude, wrote an impassioned commentary on Facebook denouncing the video. Dude’s spokesperson said Thursday that Dude was not available for an interview, but the spokesperson did confirm that the school system is investigating and will take “appropriate” action when the investigation is complete.

“It’s kind of sad and depressing,” said one Decatur High School senior on Thursday, describing many fellow students as angry and frightened.

“A lot of students are going to feel threatened by it, so therefore they should expel him.”

The Jordans believe the first step the student needs to take is to admit he committed a crime, withdraw permanently from the Decatur school system, and accept whatever punishment police and the courts impose.

“He has a lot of apologizing to do,” said one DHS student. “But, until then, he needs to work on himself, to get this fixed.”

READ: 'He has been a cancer': County commissioner calls for police chief in Ahmaud Arbery case to be fired

Attorney Mawuli Davis with Beacon Hill Black Alliance for Human Rights said the video is merely the latest example of many that are revealing a long-standing climate of racism in Decatur.

Davis said he and the Alliance cannot be the only ones in Decatur recommending what actions are needed to address it.

“I think it’s time for white citizens to ask how do they fix this,” Davis said. “So, there’s work to be done. Hopefully, prayerfully, our citizens that live here are willing to engage in that work and set an example for cities across the country.”

Davis and the Alliance were seeking a Friday morning meeting with city leaders to get the work started.

Hospitalizations slightly trending back up from low 5 days ago