A 22-year veteran, Sgt. Daniel Mobley was struck while responding to the scene of a wreck that involved another DeKalb County Police officer. 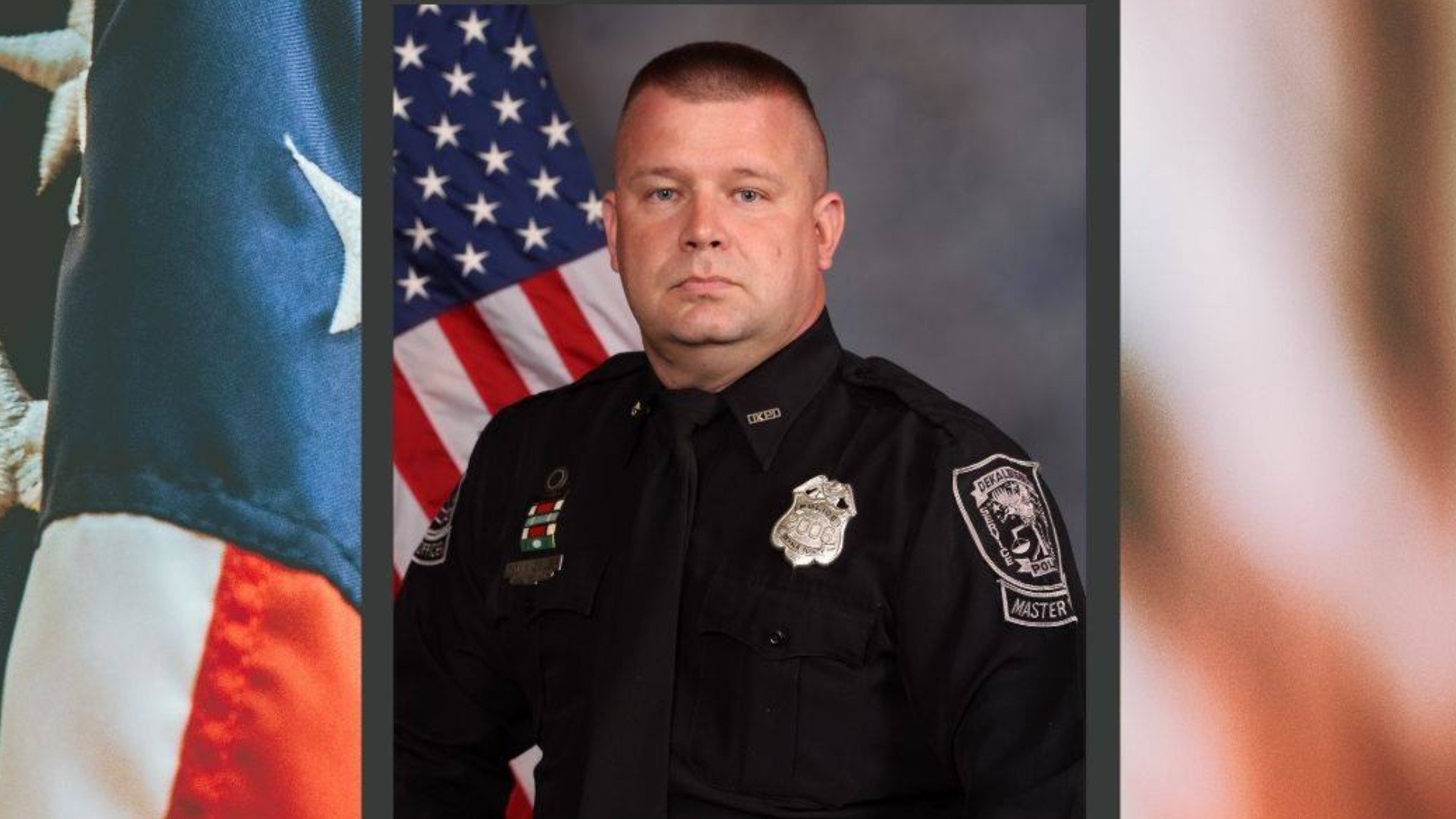 ATLANTA — The DeKalb County Police Department is mourning the death of one of their veteran officers after an early morning incident claimed his life.

Twenty-two-year veteran Sgt. Daniel Mobley was struck while on the scene of a wreck that involved another DeKalb County Police Department (DKPD) officer on Saturday at 9 a.m. on I-75/85 southbound near Williams Street.

The Georgia State Patrol later added that charges are pending and explained what troopers believe happened leading up to the fatal collision. The agency said that the driver of a silver Ford Focus lost control of his vehicle while negotiating a left-hand curve. The vehicle then exited onto the right shoulder of the Downtown Connector hitting the barrier wall - and then striking Sgt. Mobley.

The state agency's Specialized Collision Reconstruction Team (SCRT) is assisting in the investigation.

Police Chief Mirtha Ramos said that Sgt. Mobley was at the scene following department protocol for whenever another officer is involved in an accident.

"When one of our officers is involved in an accident, then a supervisor has to conduct a supervisory investigation," she said. "So, he was responding to the area to do just that."

However, he then became the victim of an accident while outside his vehicle, police said.

According to a DKPD Facebook post, 44-year-old Mobley was taken to a local hospital where he later died from his injuries.

The officer involved in that initial accident is OK physically, Chief Ramos said.

"The officer is doing well but, as you can imagine, emotionally, like all DeKalb County Police Department officers, and all of those that have reached out providing support, the law enforcement community as a whole is hurting."

Ramos described Sgt. Mobley as a well-respected supervisor who drew the support of peers and subordinates alike when they learned of the accident.

"When you have officers, flying into the hospital, not in uniform because it's their day off, to show their respect, that means he's earned that respect," she said.

She added that they would miss him dearly and that the department's hearts go out to his family.

RELATED: Heavy traffic on I-75/85 SB at Williams Street following an officer-involved wreck

"We cannot express how much we appreciate the Grady Hospital staff who treated our sergeant," the department posted. "We thank the Atlanta Police Department, Georgia State Patrol, the Atlanta Fire Rescue, the Fulton County Sheriff’s Office, and all of those who provided their support to the DeKalb County Police Department."

Gov. Brian Kemp also commented on Mobley's death via Twitter. He tweeted, "Heartbreaking news. Please join our family in praying for the friends and loved ones of Sergeant Mobley. May the Lord be a comfort to them and his fellow officers in this difficult time."

Heartbreaking news. Please join our family in praying for the friends and loved ones of Sergeant Mobley. May the Lord be a comfort to them and his fellow officers in this difficult time. https://t.co/OEHiNl7uXp

In a press conference, Chief Ramos stressed the importance of adhering to Georgia's "Move Over" law which requires drivers to make room for emergency vehicles along the state's roads.

"Sometimes we get distracted, but distracted driving can cost a life," Ramos said. "And today, it did just that."

Ramos said that had the driver changed lanes and slowed down, the crash may not have happened at all.