His appeal for his decertification is still pending and is scheduled to be heard before an administrative law judge. 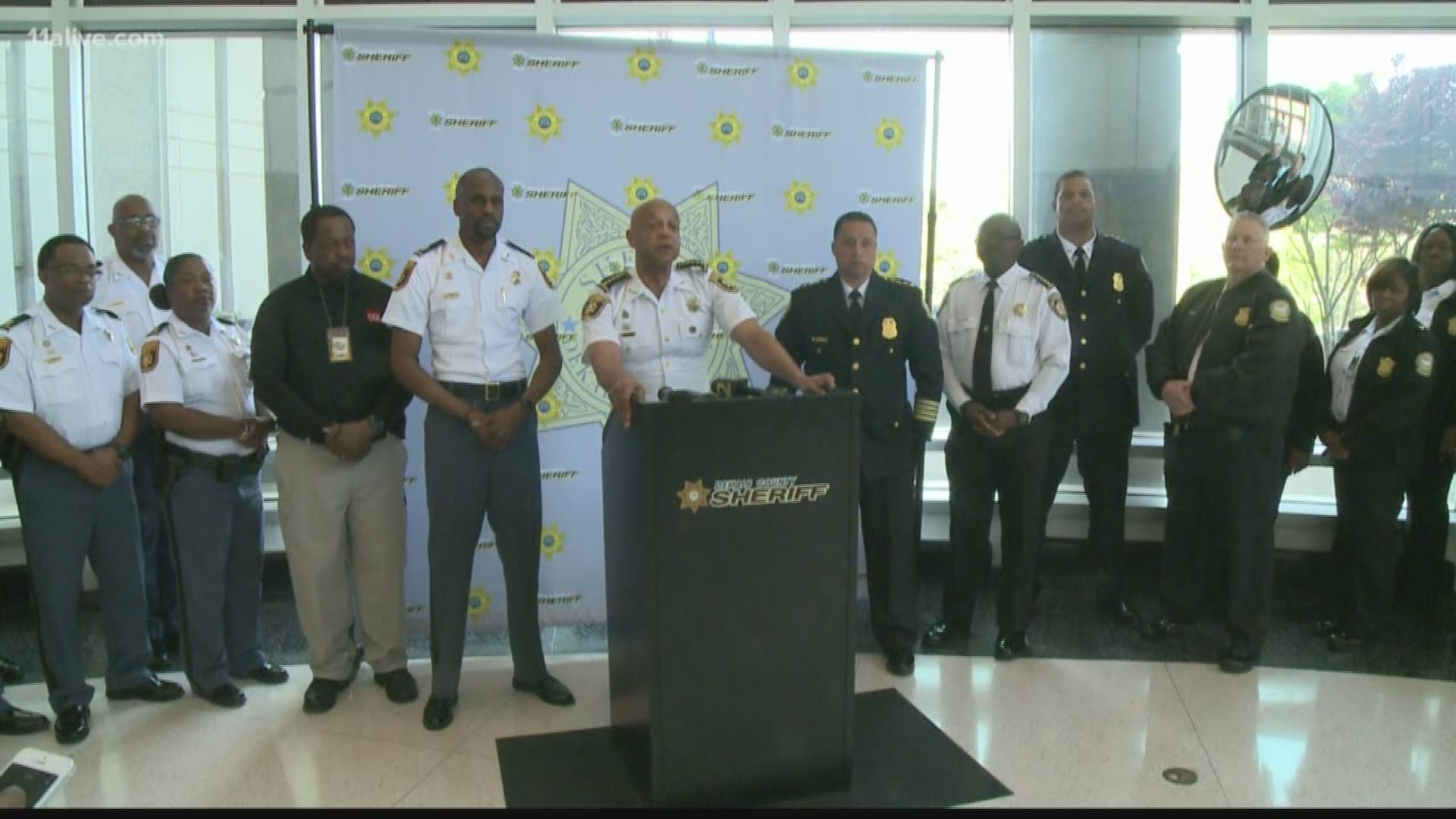 The DeKalb County Sheriff announced his plan on Thursday to retire later this month.

According to a DeKalb County Sheriff's Office press release, Sheriff Jeffrey L. Mann will retire Nov. 30 from the elected position.

"It has been my honor and great privilege to serve as your DeKalb County Sheriff for the past five and one-half years. On four different occasions, you have gone to the polls to cast your vote for me. For that, I am grateful and truly humbled that you placed your trust in me," Mann wrote. "I trust that I have served you well in my duties as Sheriff."

In May 2017, Mann was charged with exposing himself at Piedmont Park and ended up losing his law enforcement certification following the arrest. He ended up taking a plea deal, but Mann is now appealing the decision to revoke his certification.

Mann went on to name some of the notable achievements gained under his reign.

"While there are many accomplishments for which to be proud, none stands out more than our continued Triple Crown status awarded by the National Sheriffs’ Association," Mann said. Triple Crown status is awarded to Sheriff's Offices that utilize the best practices. Mann said, "Only 41 of the 3,083 sheriff’s offices nationwide hold this Triple Crown Accreditation distinction, and only 17 of those offices have held that distinction under two successive sheriffs."

Mann noted that the work he led to improve criminal justice reform in the community is something he is particularly proud of. "Easily, one of the crowning achievements of my administration," Mann stated. "Professional instructors routinely comment on the effectiveness of the programs, and as we continue to collect data, we are confident outcomes will be changed for the better."

Mann has been with the sheriff's office and county law department for 26 years.

Mann said he's hopeful the upcoming election season will focus on the accomplishments of the team as a whole -- and not him.

"I’d like to leave elected office hopeful that all appropriate and due focus will not be on me but on the phenomenal work our team has accomplished and the substantive challenges that shall continue to shape the best possible future of the entire DeKalb community."

His appeal for his decertification is still pending and is scheduled to be heard before an administrative law judge on Dec. 9, according to the Peace Officer Standards and training counselor.

Mann is DeKalb County’s 49th sheriff and served as chief of staff and as chief deputy.

“Chief Deputy Maddox will become Sheriff and remain in that position until there is a special election to fill the position. It is necessary for the Sheriff to be elected to the position in order to serve a full term,” a spokesperson for the DeKalb County Sheriff's Office said.