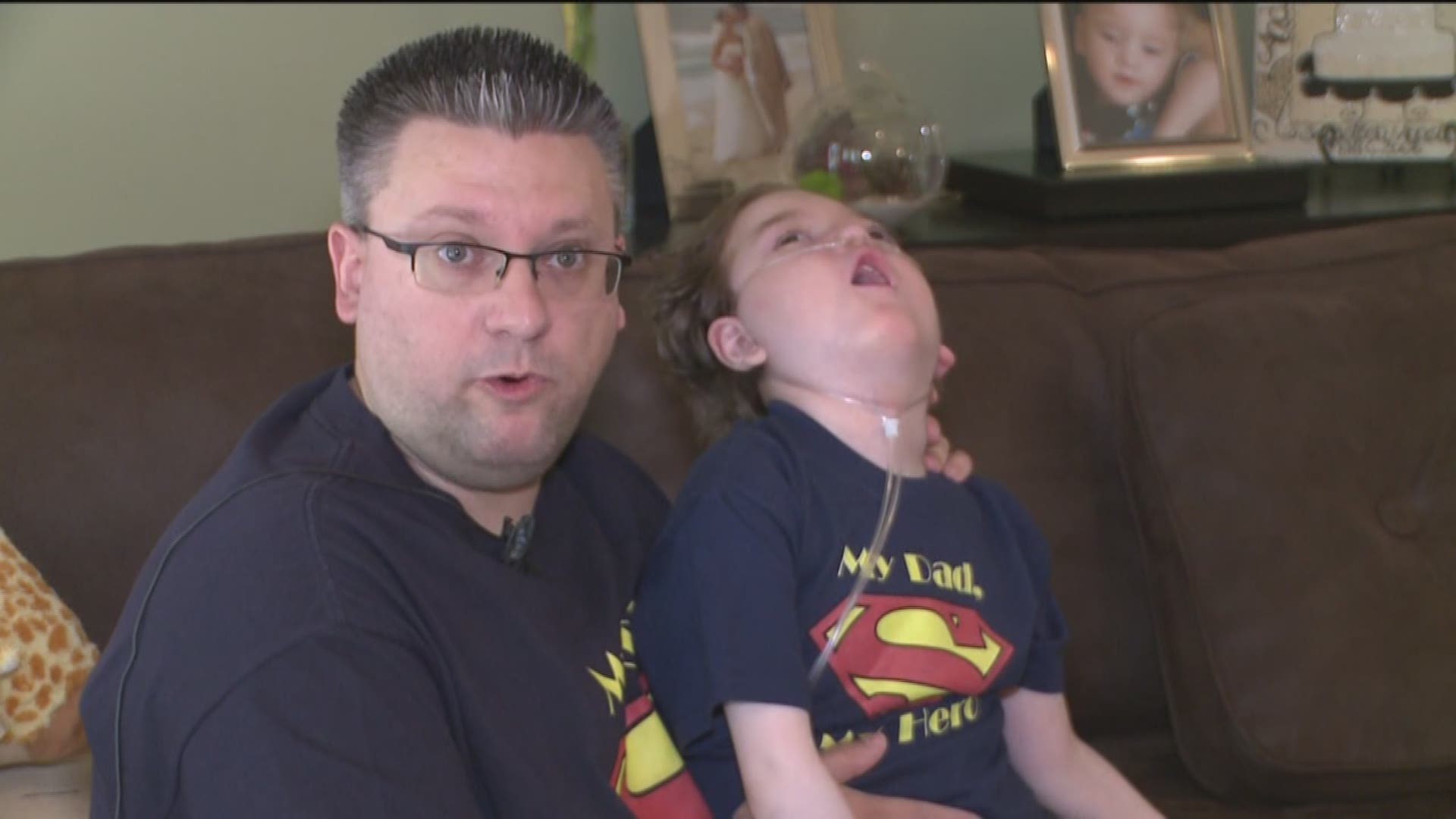 Cotte has a 6-year-old son Jagger who suffers from a terminal neurological disorder called Leigh’s Disease.

Cotte has been giving Jagger cannabis oil for nearly three years and believes it has extended his life.

“Usually 95 percent of them do not make it past 4-years-old,” said Sebastien Cotte, suing the federal government.

In September Jagger will turn seven.

Around the time most kids die from this chronic disease, Cotte moved his family to Colorado and Jagger started cannabis oil.

He no longer takes oxycontin or morphine.

“It’s been game changing for him it’s one of the main reasons he’s still alive today,” he said.

Cotte said marijuana’s medical benefits are keeping Jagger alive, and that’s why he’s a plaintiff in this lawsuit.

It’s 90 pages long and is against Attorney General Jeff Session and the federal government for classifying marijuana in a category with heroin and LSD, highly addictive drugs with no accepted medical use.

Cocaine and methamphetamine are Schedule II drugs and are considered less addictive and dangerous compared to marijuana.

Cotte said that Schedule I status is what’s keeping Georgian’s who can legally use cannabis oil from being able to buy marijuana grown here.

“To be able to get it here in Georgia, get a safe legal tested product here in which we could get if cannabis wasn’t a Schedule I substance, that would be life changing for Jagger and thousands," he said. "You know we have over 2,000 people on the registry right now.”

There are several plaintiffs in the lawsuit in addition to the Cotte’s including a former NFL player and a combat veteran with PTSD.