A dog was also rescued from the burning home but was also burned, a spokesperson for DeKalb Fire said. 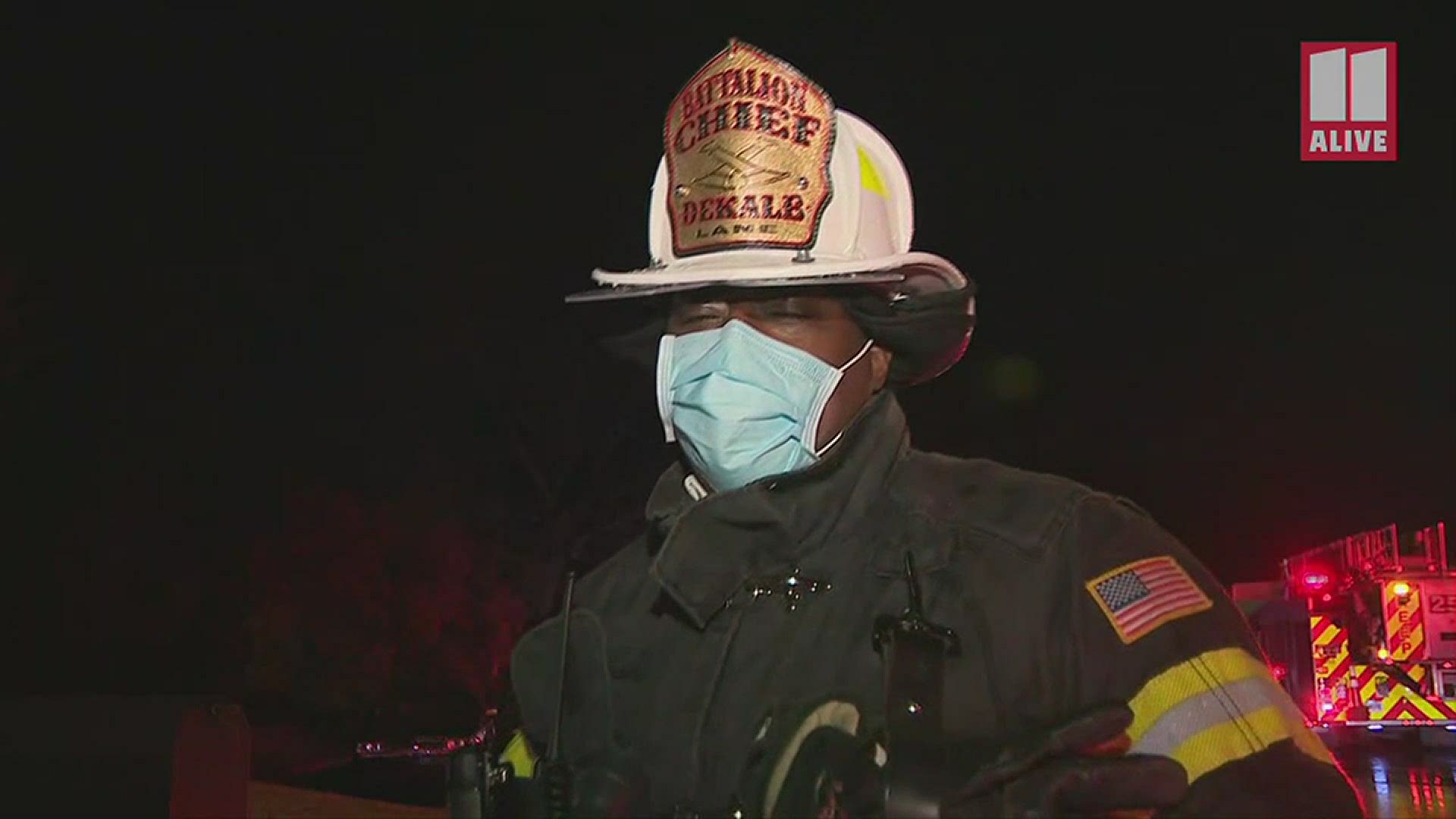 DEKALB COUNTY, Ga. — DeKalb Fire Rescue crews say they rescued a dog from a burning home and found a resident of the house severely burned not far away, on Friday.

The fire was reported at 462 Orchard Drive on Friday evening according to crews on the scene. The address is not far from the busy intersection of Rockbridge and Stone Mountain Lithonia roads just outside of Stone Mountain.

Crews arrived to find a heavy fire already burning through the one-story home. Rescue teams were able to bring a dog out of the fire, though they said the dog did have burns. The dog's condition was not disclosed and it's not clear if other animals were in the home.

Fire crews soon discovered one of the residents, a man in his 40s or 50s, at a neighbor's house. He had severe burns and was taken to Grady Memorial Hospital in Atlanta in critical condition.

Another occupant who was inside was checked out for smoke inhalation. He and the other two were OK, Lane said.

Authorities haven't released any details regarding the cause of the fire as their investigation continues. At this time, the fire victim has not been publicly identified.