The agency also revealed what troopers believe led up to the deadly crash. 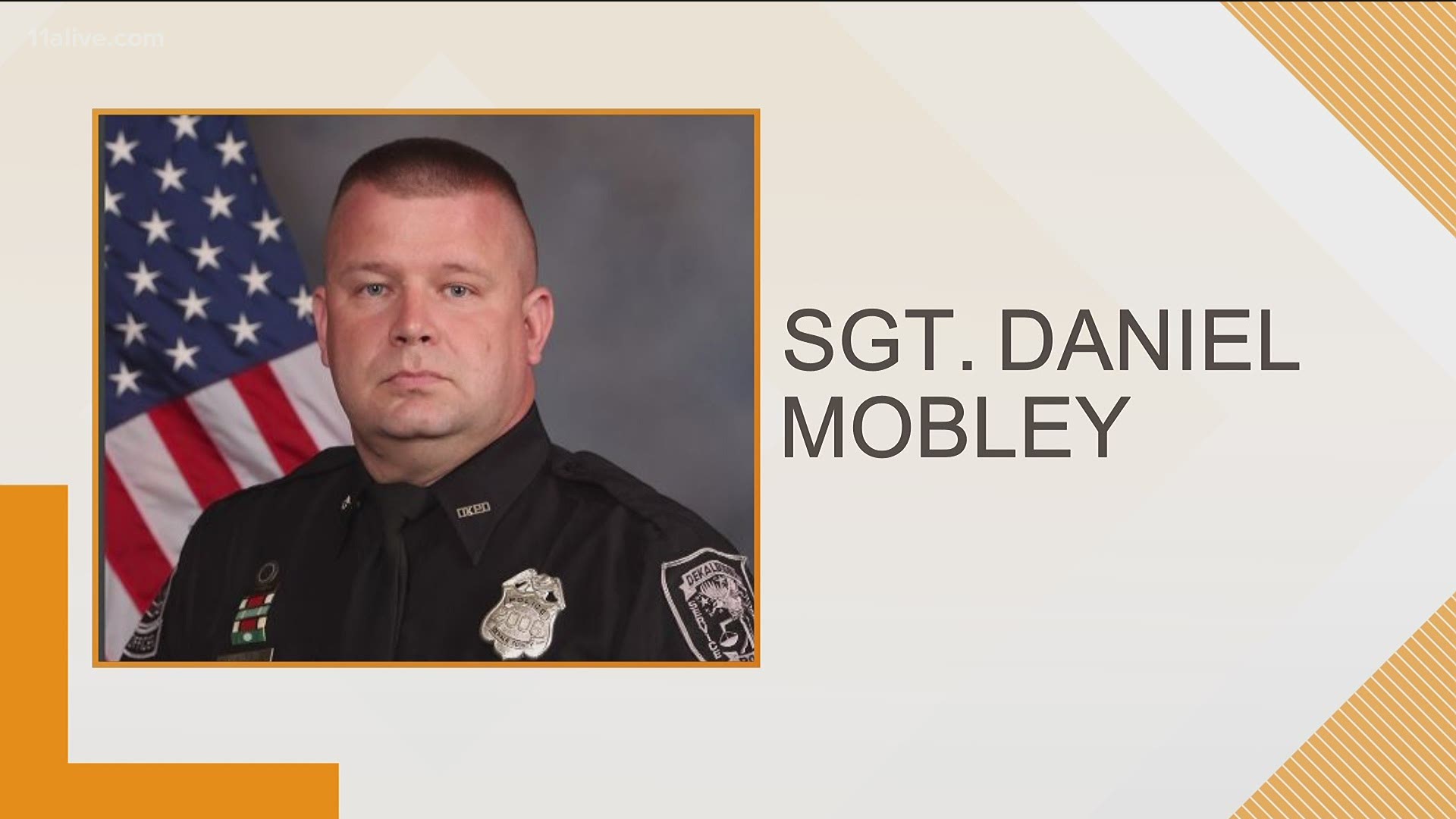 ATLANTA — The state agency handling the investigation of an accident that killed a DeKalb County Police sergeant now says charges are pending in the case.

Mobley was out of his vehicle on the Downtown Connector in Atlanta responding to an accident involving another DeKalb officer when he was struck by a vehicle. He later died at Grady Memorial Hospital.

The GSP said that the accident happened when the driver of a silver Ford Focus lost control of his vehicle while negotiating a left-hand turn. The vehicle then went onto the right shoulder of the Downtown Connector striking a concrete barrier and then hitting Sgt. Mobley.

GSP said their Specialized Collision Reconstruction Team is assisting with the crash.

The driver of the Focus was also taken to the hospital but had minor injuries according to the Georgia State Patrol. And while the agency did not release the driver's name or suggest what charges may be following, it did suggest that charges are pending.

Those words echoed the same from many police departments from across the state following the news that Mobley had died. The 44-year-old officer who had been with the department since 1998 was remembered as a highly respected member of the police force and also a loving father.

No details regarding memorial plans have been released publicly at this time.