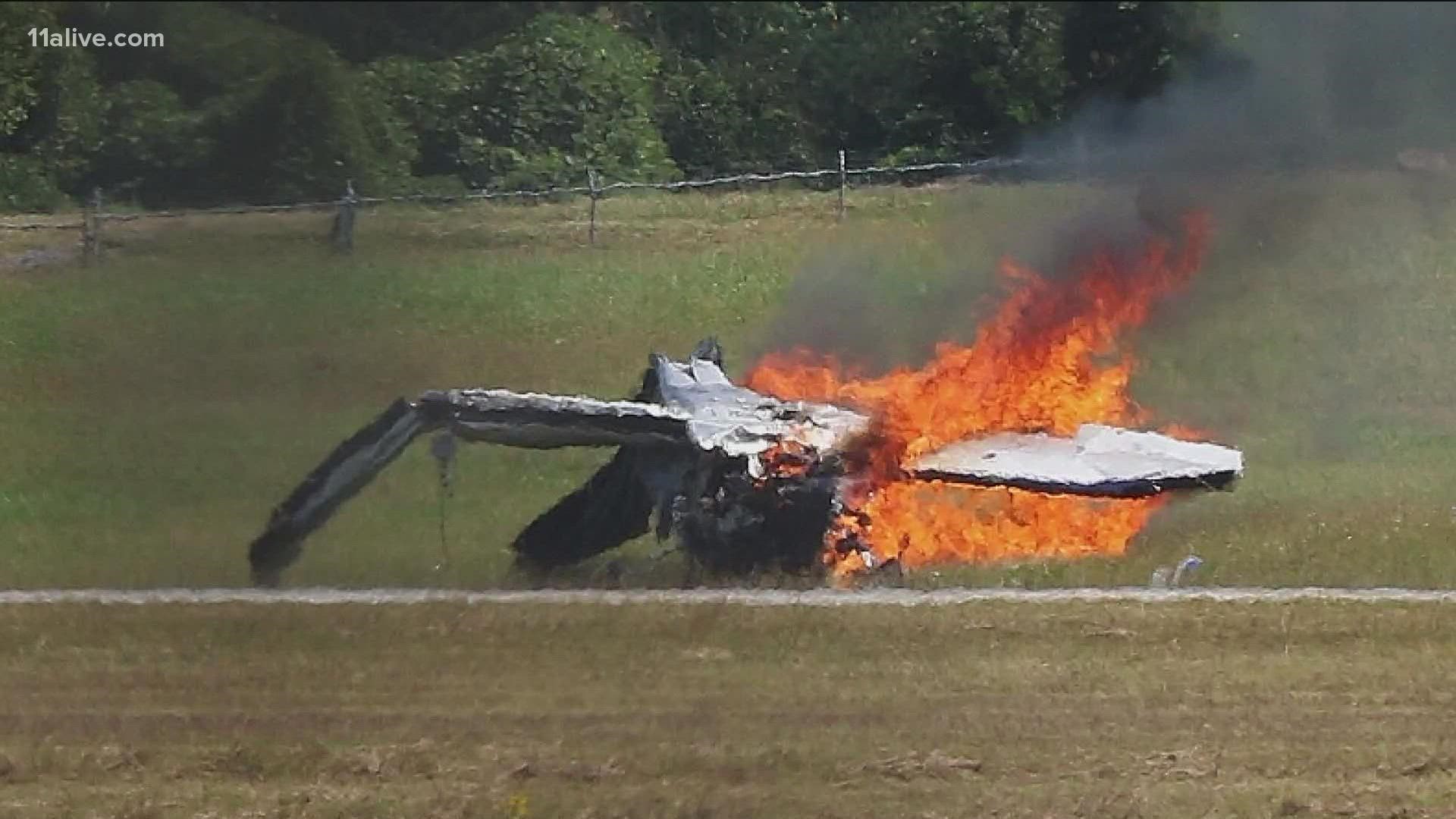 The agency identified the plane as a single-engine Cessna 210 and confirmed: "the pilot was departing from the airport when the crash occurred."

The plane was engulfed by a fire soon after crashing.

Video and images from on-site showed a small, charred plane off to the side of a runway.

11Alive's Crash Clark reports that witnesses said a single-engine Cessna had taken off, failed to get much altitude, and came back down.

A witness, Keith Berry, told 11Alive's Doug Richards that he was taking photographs of planes landing and taking off when he saw it happen.

"I was shooting a plane that was on the runway, and that's when you see the plane kind of bounce and flip over, and I put the camera down really quick because... I couldn't believe what I saw," he said. "It flipped over and just that quick it was on fire. I never saw it come out of the sky. I figured they were trying to take off and not landing."

He said it took just a few minutes for the fire to engulf the plane, burning away the wings and other parts.

"The heat was so hot, just burned everything," he said.

He added he did not see anybody get out of the plane in the few minutes it was on fire.

The airport shut immediately after the crash, but flights have now resumed.

This is a developing story. Refresh often for updates.