Mom: 11-year-old 'traumatized' after police handcuff her, suspect her of attempted car theft

She said officers mistook her daughter for a 16-year-old suspect and handcuffed the girl before asking how old she even was. 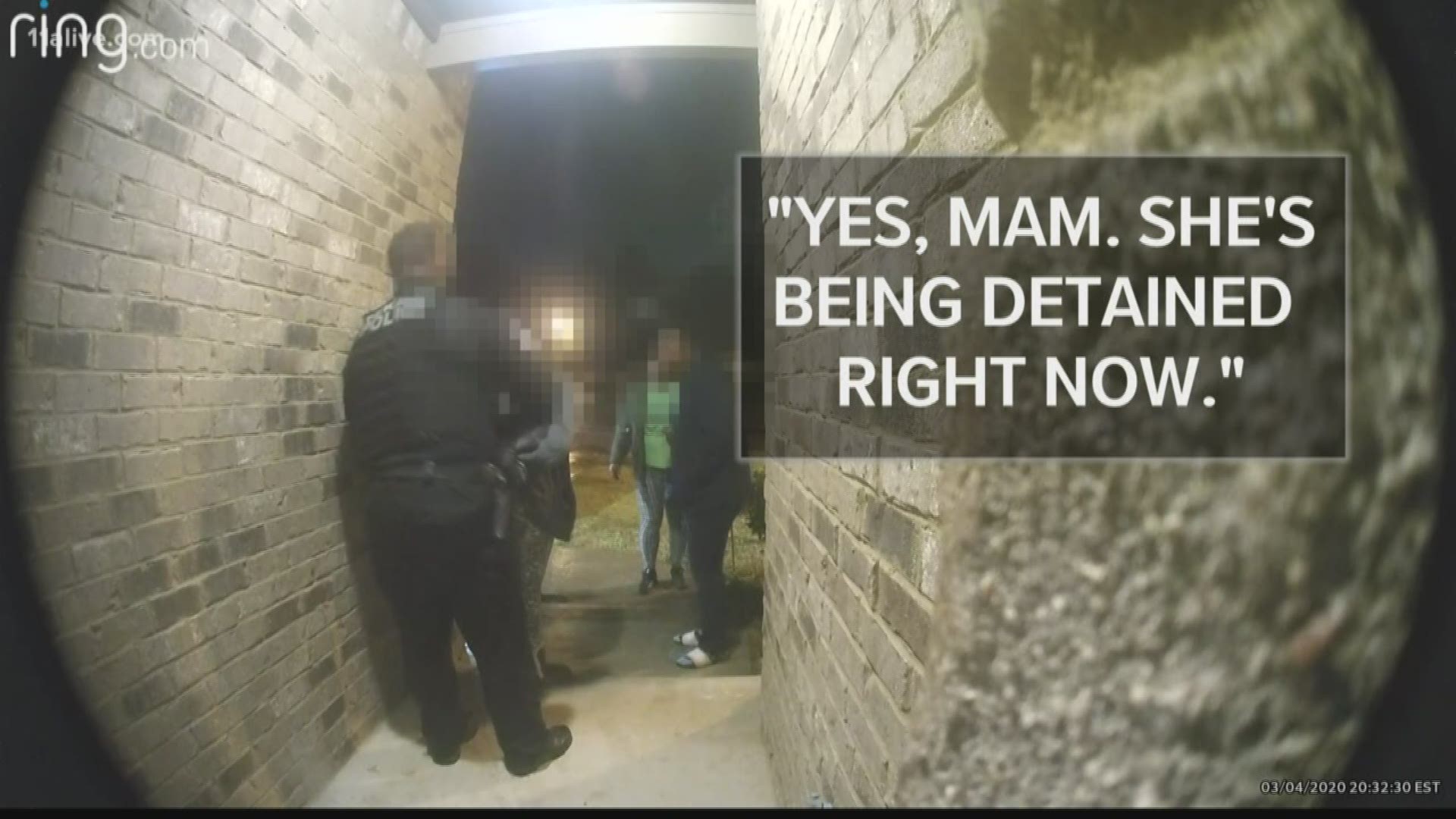 DEKALB COUNTY, Ga. — The mother of an 11-year-old girl said she is "livid" after police reportedly misidentified her child as a suspect in an attempted car theft, handcuffed her and put her in the back of a patrol car. And the mother said she even offered proof that the girl was innocent.

According to Cynthia Hendricks, DeKalb County Police rang the doorbell to her home off of Poplar Falls Avenue near Lithonia around 7:15 p.m. Wednesday night and asked for her 11-year-old daughter by name.

Hendricks told 11Alive that the officer she spoke with said that her daughter was suspected of trying to steal a neighbor's car minutes before.

According to the mom, the DeKalb officer told her that a teen girl about 16 years old and two teen boys tried to steal a car on the same street. The neighbor gave her daughter's name as someone possibly involved.

The officer added that the neighbor said the female suspect ran off in the general direction of Hendricks' home.

Hendricks, however, said she told the officer that it couldn't be her daughter because she had been inside since around 4 p.m. and is not allowed to go outside. She said she offered the officer video evidence from her Ring doorbell and other motion cameras from around the house as proof.

The officer, according to Hendricks, then said the detective in charge of the case would want to speak with them and she said she would do so to clarify the situation.

Hendricks, however, said four officers and detectives showed up to her house 20 minutes later and detained her daughter.

"(The officer) placed handcuffs on my daughter, placed her in back of police vehicle with intent to transport her to juvenile detention," Hendricks said.

She said it was only after the girl was sitting in the police cruiser that officers asked her daughter's age and the color of clothing she was last seen wearing. Once officers heard her age, they were surprised to find out she wasn't 16.

The girl was ultimately let go, but Hendricks said the situation left her fuming.

"I am beyond livid and disgusted at DeKalb County Police for, one, not bothering to ask my daughter's age before traumatizing her, two, blatantly ignoring the fact that our surveillance cameras show that London did not exit the house whatsoever, and, three, not doing their due diligence before coming to my home to attempt to arrest my child," she said.

11Alive reached out to the DeKalb County Police Department for a statement, but a spokesperson said it was "not made aware of any concerns." A spokeswoman for the department said they would look into the matter.