Six Democrats are vying for the privilege of challenging Republican congressman Rob Woodall in November. Democrats haven't won there since 1994 – but think they can now. 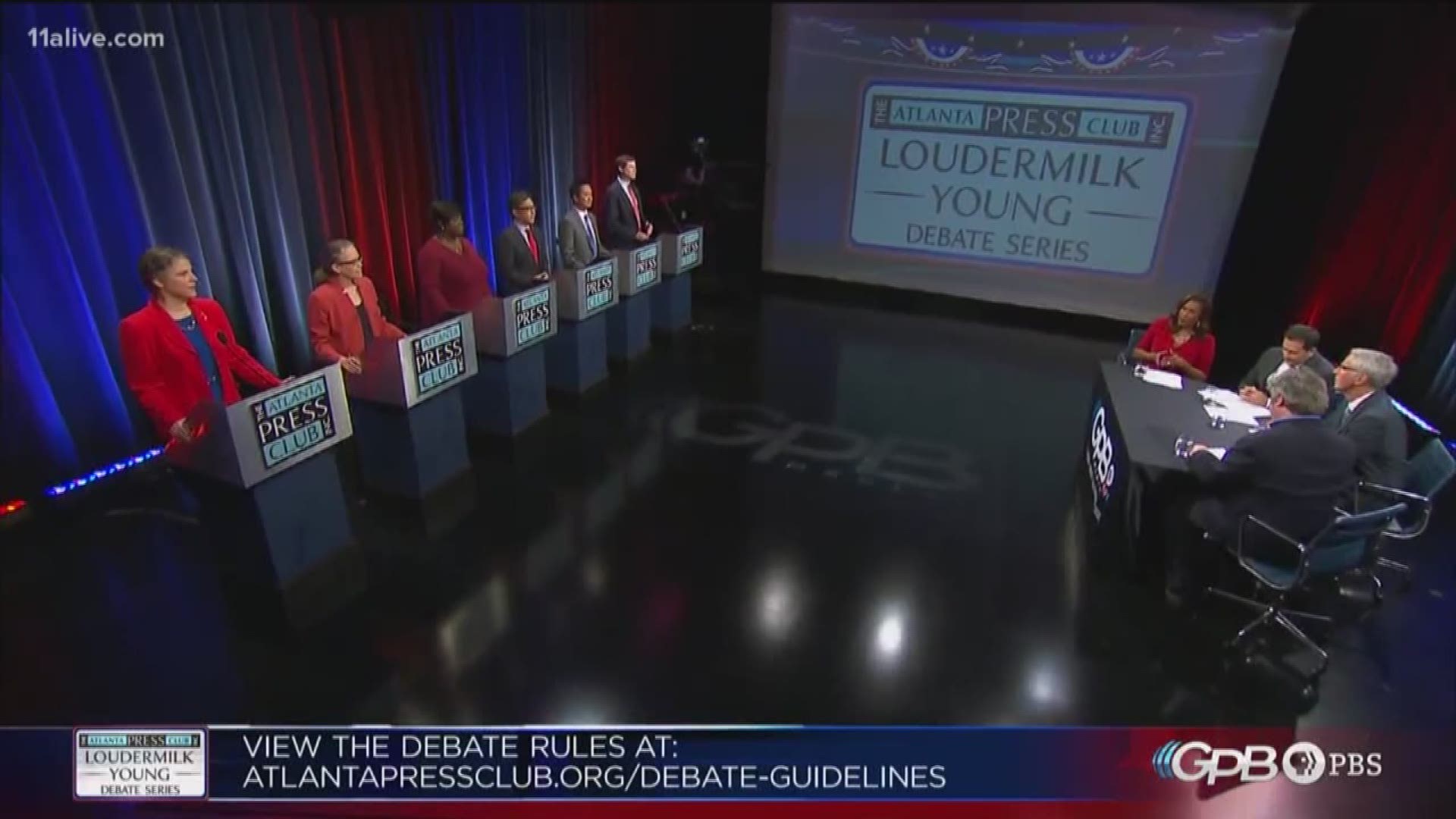 ATLANTA -- He’s not on the ballot, but President Donald Trump is drawing much of the fire in a Georgia congressional primary.

Six Democrats are vying for the privilege of challenging Republican congressman Rob Woodall in November. Democrats haven’t won there since 1994 – but think they can now.

When observing the field of six Democrats you may notice: One candidate is a white man, one is an African American woman, two men are Asian-American and two candidates are white women.

"One of the reasons I’m running is to be a strong check on President Trump and a check on his agenda," Democrat Carolyn Bourdeaux said during an Atlanta Press Club debate this month.

Bourdeaux is a GSU professor and former congressional aide.

All of them have their sights set on the Republican in the White House.

"If impeachment is what is called for then I will be in full force behind that," said Ethan Pham, who immigrated to the US from Vietnam as a child.

"If President Trump makes an attempt to end the investigation prematurely, we should consider an impeachment proceeding," added Kathleen Allen, a health care consultant, during the Press Club debate.

Georgia’s seventh congressional district is rooted in Gwinnett and Forsyth Counties and Republicans have held it for 24 years. But in 2016, Republican Donald Trump won the 7th with only 51 percent of the vote – in a district where nonwhite residents now outnumber white residents.

"It’s always been one of the most diverse in the country," Republican incumbent Rep. Rob Woodall told 11Alive News during an interview earlier this spring.

Woodall has held the seat for nearly eight years. Democrats have never clamored to run against him until now.

Sanders was invoked during the debate by Democrat Steve Reilly, an attorney and Democratic activist, when he called for "public college and universities (to be) tuition free to all Americans." Melissa Davis, a government finance worker, and businessman David Kim are also running in the Democratic primary.

Some of the candidates were also critical of Woodall for supporting Trump and avoiding in-person public meetings since Trump took office.

Democrats had high hopes a year ago in the 6th congressional district due west of Woodall’s seat.

Woodall thinks that election, won by Republican Karen Handel, foreshadows the result in the seventh district too.