Marrow held a press conference Friday, one day after one of the officers involved in the case, David Rose, was indicted by a grand jury. 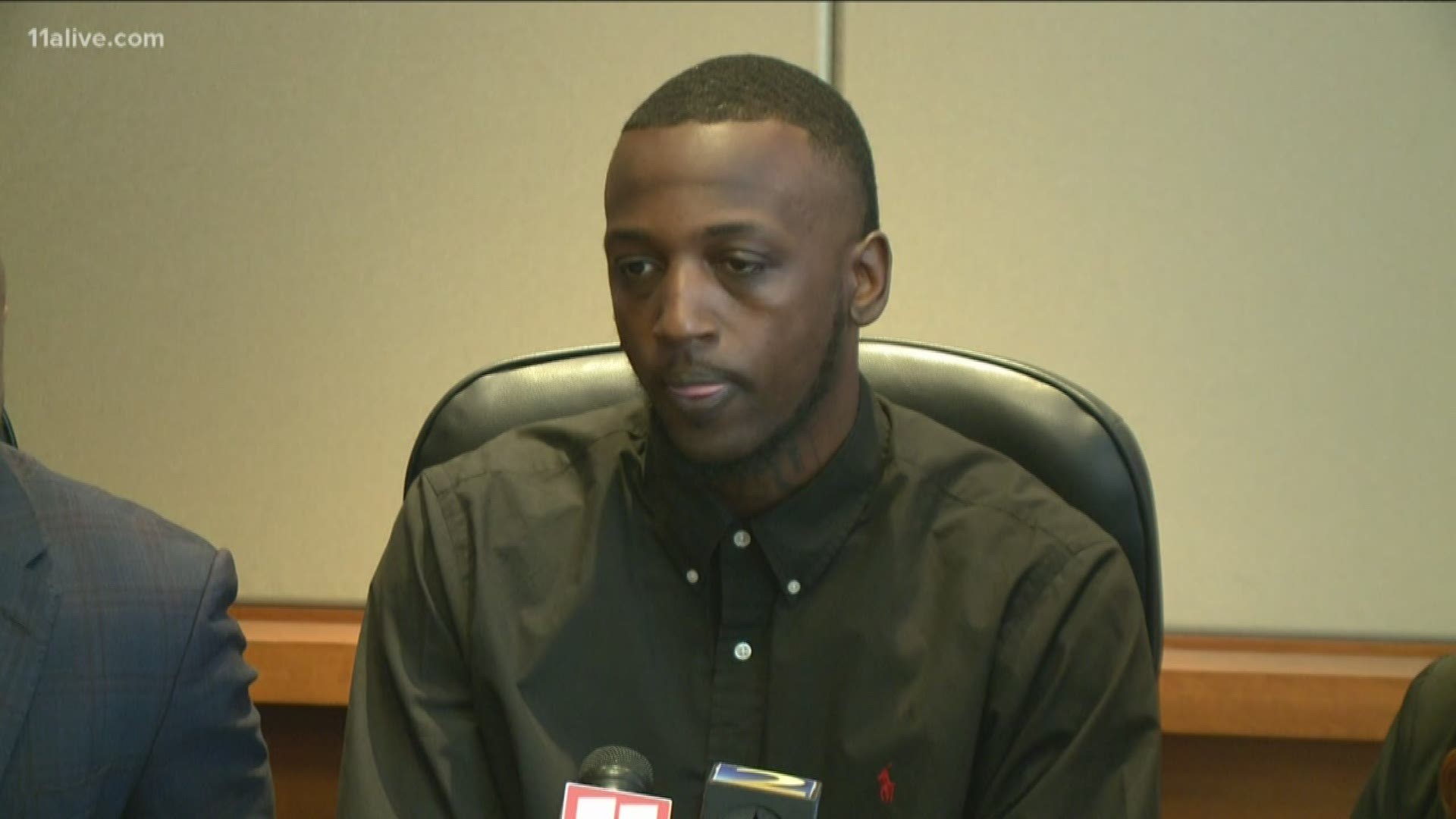 HENRY COUNTY, Ga. — Desmond Marrow, the former NFL player who was slammed to the ground and choked by two Henry County officers in December 2017, spoke Friday of the scars the incident has left him with.

His lawyer, L. Chris Stewart, also revealed that a federal border officer who happened to be present at the scene and told the officers to stop was never asked for a statement as Henry County Police conducted an internal investigation.

One of the officers, David Rose, was indicted on Thursday on a number of charges including two for violation of oath of office in the incident, which was caught in unsettling video and went viral.

Marrow, who is also pursuing a civil action against Henry County Police and county officials, said he suffers from harrowing after-effects of the incident, the facts of which Henry County Police Chief Mark Amerman told 11Alive last year “disturbed me greatly.”

“I don’t really think you would really understand how much it’s affecting me, but I’ll try to tell you,” Marrow, who starred at the University of Toledo and then spent time during the preseason with two different NFL teams, said. “As far as physically, I get just like excruciating headaches, migraines - a toothache and a headache at the same time is like a pain I wouldn’t wish on nobody. I gotta go through that.”

He said he was too scared to drive and had flashback-like visions of the officer in his sleep.

“I see Officer Rose, he lay with me often at night, just, he’ll be in my room. I see him,” he said. “So, it’s like I’ve learned to forgive him, but he’s always there. The nightmares, the traumatic - the flashbacks.”

He said he sometimes also urinates himself, an involuntary response to the trauma.

“My son is 7 years old, he doesn’t even pee on himself," Marrow said. "I’m 31 years old and I don’t know when that’s gonna happen. It’s embarrassing.”

The former cornerback spoke about the difficulty his family has faced since the incident, as well. When the government shut down in December and into early 2019, Marrow said his father – a federal employee of 20-plus years – struggled to support the family. The son said he couldn’t help because of his legal situation, which was not resolved until the last few months.

When his lawyer spoke at one point about “the people who aren’t polite like us, that laugh or think it’s funny” because of the public nature of the video, Marrow interjected, “Won’t hire you.”

Stewart painted the internal investigation as an attempted cover-up that only failed because of the attention Marrow could command as a former football player.

He said the Henry County Police Department produced two different internal reports based on the same materials – one that said Rose was “polite and courteous” immediately after the incident, and another that said he used excessive force once the case gained media attention.

Stewart quoted a statement he received from a border officer who witnessed the incident - one, he said, was never contacted by police for the investigation.

“Because he wanted to know why he was suddenly being arrested, both officers lifted the subject by both legs, bringing him down on his head," the federal officer allegedly said. "I was so shocked to see that happen. Never in my life have I seen this happen, only on TV. It was sad to see this happen."

Marrow’s lawyers proceeding with the civil case said they intend to press the issue against officials including the county manager and board of commissioners, hoping to see changes in how police are protected from scrutiny.

“Henry County can be the first beacon of hope throughout the nation to change this issue in policing,” said attorney Gerald Griggs. “It’s time for the blue wall to fail. It’s time for it to come down. It’s time for justice, and it starts because of Desmond Marrow.”