A couple claimed they were racially discriminated against because of a dress code. 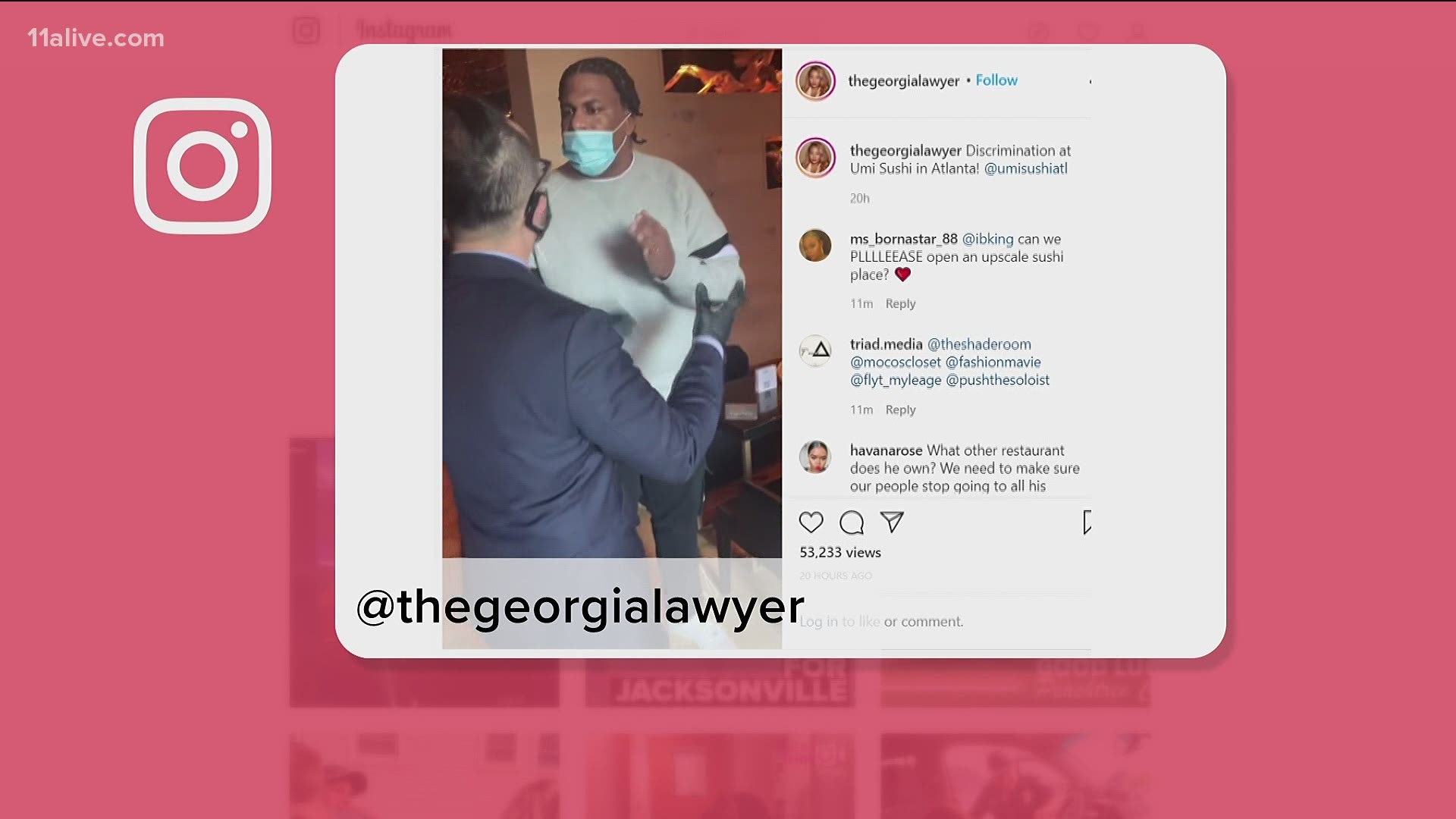 ATLANTA — A dispute between an Atlanta couple and a popular restaurant owner has gone viral. The customers said they were racially discriminated against after being asked to the leave the restaurant because of a dress code issue.

The wife recorded cell phone video posted it on Instagram where the post has been shared thousands of times across several platforms. It shows part of a heated exchange between a customer and an employee at Umi sushi restaurant in Buckhead.

In the video, you can hear the two arguing over the man being asked to leave because he was wearing athletic shoes. The customer said this was racial discrimination, pointing to a white woman dining in the restaurant who was also wearing sneakers.

Other staff members joined the dispute as they asked the customer to talk outside. The customer's wife continued to record this exchange.

Many online wanted to know more about this incident, so 11Alive reached out to both the couple and the owner. We spoke with Umi's owner, Farshid Arshid, by phone:

"One thousand percent it was a mistake," Arshid told 11Alive.

He said the dress code for the restaurant is posted out front and visible on its website - and has been for years. But social media responded to the altercation by posting pictures of people with athletic shoes who tagged themselves as dining in the restaurant.

Arshid went on to say the situation was an operational issue, but not a racial one. Touting the restaurant’s diverse clientele, Arshid said there were dozens of African-American customers in the restaurant when this happened. But he did say he takes full responsibility.

"It was an absolute short coming from us, that’s what I would like everybody to know. That we are very sorry about how we handled this," he said.

The dispute caused such an uproar, people flooded various sites with comments. Online review website Yelp even had to temporarily limit comments until they could get more information.

During his conversation with 11Alive, Arshid said the apology is not just to the couple, but also to the community.

"It’s our establishment, we should have done better; and for that we are beyond sorry to the community," he said.

The couple has been very expressive on social media about the incident, but when 11Alive reached out to them for their perspective and to find out how things ended, we did not get a response. We will update this story if we hear back.