Dive teams respond to most rescue and recovery calls made on Lake Lanier. They deal with dangerous conditions that have proven deadly to hundreds of people. 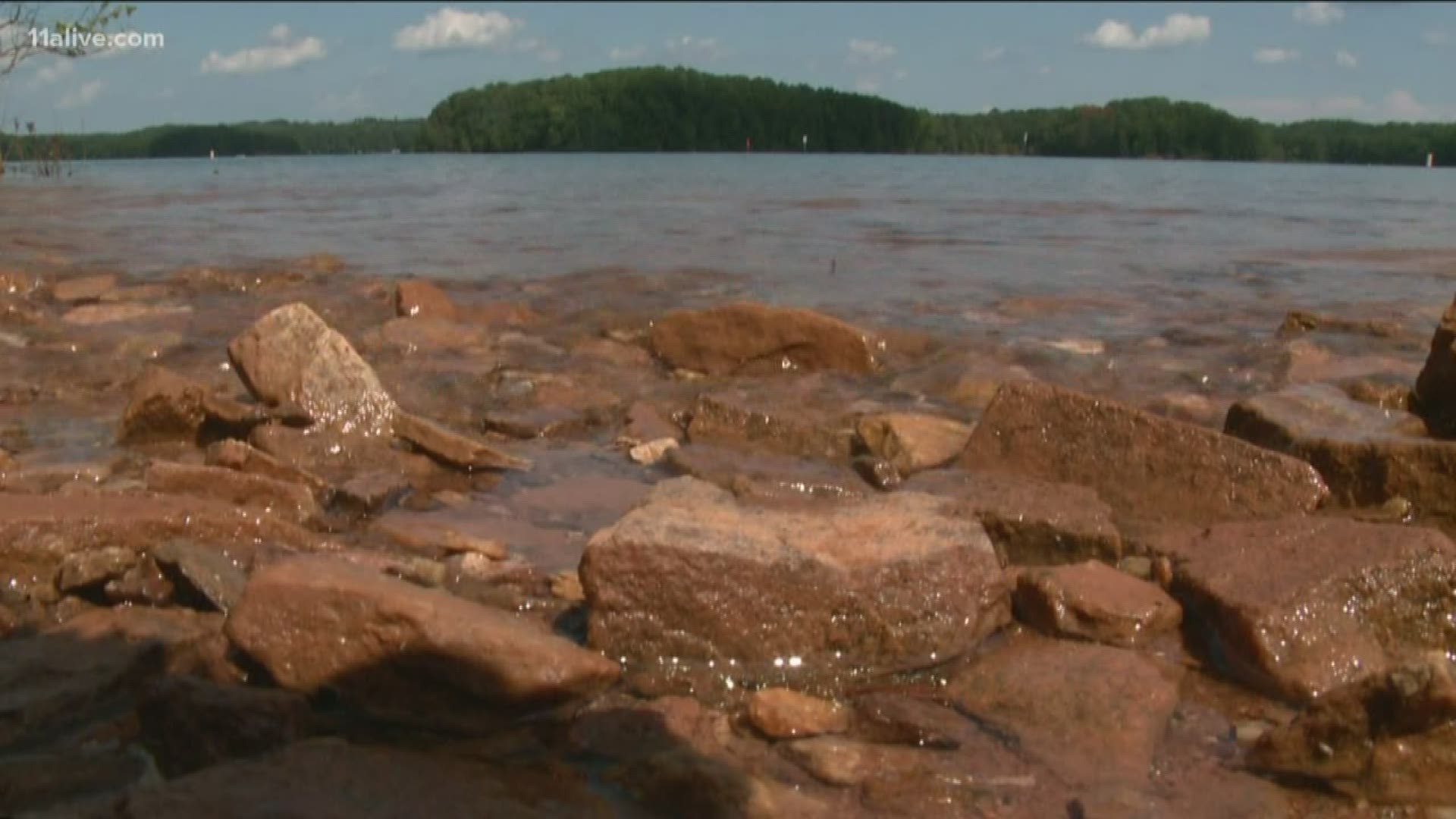 “Recreation was a side note for the project,” explained Division Chief Jason Shivers with the Forsyth County Fire Department. “It was primarily intended for flood control and providing water for metropolitan Atlanta.”

After the lake was built in the 1950s, people flocked to its shore. Lured by the smooth water and picturesque shoreline, it became a prime weekend destination for the metro Atlanta region.

“It’s a beautiful day and it looks very serene, a perfect boater and recreator’s paradise,” Shivers said. “But when you get below, that’s not at all what you find.”

All those visitors, and all of those underwater hazards, can lead to danger - and sometimes tragedy.

According to Nicholas Baggett, Lake Lanier’s Natural Resource Manager with the USACE, the lake registers approximately eight to 12 drowning or boating deaths a year. And over the years, 27 souls have never been recovered.

In 2019 so far, there have been 11 deaths, including a father and son. But those numbers pale in comparison to the hundreds of rescues made each year.

Baggett said most accidents happen on the lake after Memorial Day and taper off once school starts. USACE’s goal is to teach water safety to everyone, even the best swimmers and boaters out there. Because, they say, you can get in over your head - so to speak - very fast in Lake Lanier.

"You can get yourself in trouble very quickly," Shivers said.

What lies beneath the water

Underneath the surface of Lake Lanier lies a forest of halfway cut trees, homes, barns and more. It’s all been there since the 1950’s.

“When they were building the lake, they raised the water level up to a certain point and stopped filling the water,” explained Shivers. “The construction companies floated around on boats and cut the tree tops off at what was the surface of the water then.”

Crews let the tree tops drop into the lake, then filled Lanier up to full pool.

“So today, those stumps are still there, and they’re tall, because this was forest land and farm land,” Shivers said. “They’re under the water not terribly far beneath the surface.”

Most people don’t know an entire raceway rests under Lake Lanier. It surfaced during the record 2007 drought. The top of the stands were out of the water looking like a haunted memory, just waiting for spectators to show up for the next race.

WATCH: Dangers lurk in the waters of Lake Lanier

The Forsyth and Hall County dive teams know the lake as well as anyone. They have to deal with extreme cold, dangerous underwater hazards and near-zero visibility every time they go out on a rescue or recovery mission.

“Diving in Lake Lanier probably is one of the most dangerous things I’ve done in my career,” said Sgt. Chris Tempel with the Hall County Sheriff’s dive team, who’s been diving in the lake since the early 2000’s.

The lake’s picturesque bridges are some of the most dangerous underwater environments for swimmers, boaters and divers.

“The bridges are like the trash bin for anyone traveling down the road,” Tempel explained. “You have concrete, rebar, all the fishing line that gets tangled in that. All the anchor lines. All the refrigerators, safes, shopping carts.”

Visibility is a constant challenge in Lake Lanier.

“As you go down into water within a few feet of shore, that murkiness starts setting in,” Shivers said. “Within twenty feet from shore, on even a gentle slope, it becomes very difficult to see. Much more beyond that, you can’t see at all. It is virtually impossible to see.”

Sgt. Tempel with the Hall County dive team told a harrowing story of searching the bottom of the lake and falling into an old well. He took a step forward, started to drop, reached out and felt his arms meet brick.

In pitch darkness, Tempel knew he had to stop his fall. He slowly inched his way up and realized later he must have fallen down the well of an old home.

The lake is 160 feet at its deepest, which is also a concern for divers.

“You’re looking at three or four atmospheres, and if you do a rapid ascension and you’ve been on the bottom at any point, you can actually get decompression sickness,“ Tempel said.

He said that they’ve sent divers to decompression units at hospitals as a precaution after rapid ascents.

“We’ve had divers get some difficult to treat staph infections," he added. "There’s a certain strain of staph that’s associated with the silt in Lake Lanier.”

Why divers do this

When asked why the dive teams risk life and limb, Shivers said the answer is simple.

"Because they care. Why are we firefighters? Because we care,” Shivers said simply. "We want to perform a service to humanity that means something to us.”

“It’s bad enough you got a loss of life, but you see a grieving family. And that’s really why we do this,” Tempel added. “I couldn’t imagine as a father, as a son, to see one of my loved ones disappear and have to go by this lake every day and just wonder. I wouldn’t wish that on anyone.”

The most important message the Fire Departments, USACE, and the Department of Natural Resources want to stress is the use of life vests.

Regardless of how good a swimmer or boater you are, you can never handle a sudden 6-foot drop-off like Lanier has in some places. Nor is a good swimmer equipped to handle getting tangled up in underwater debris, they said.