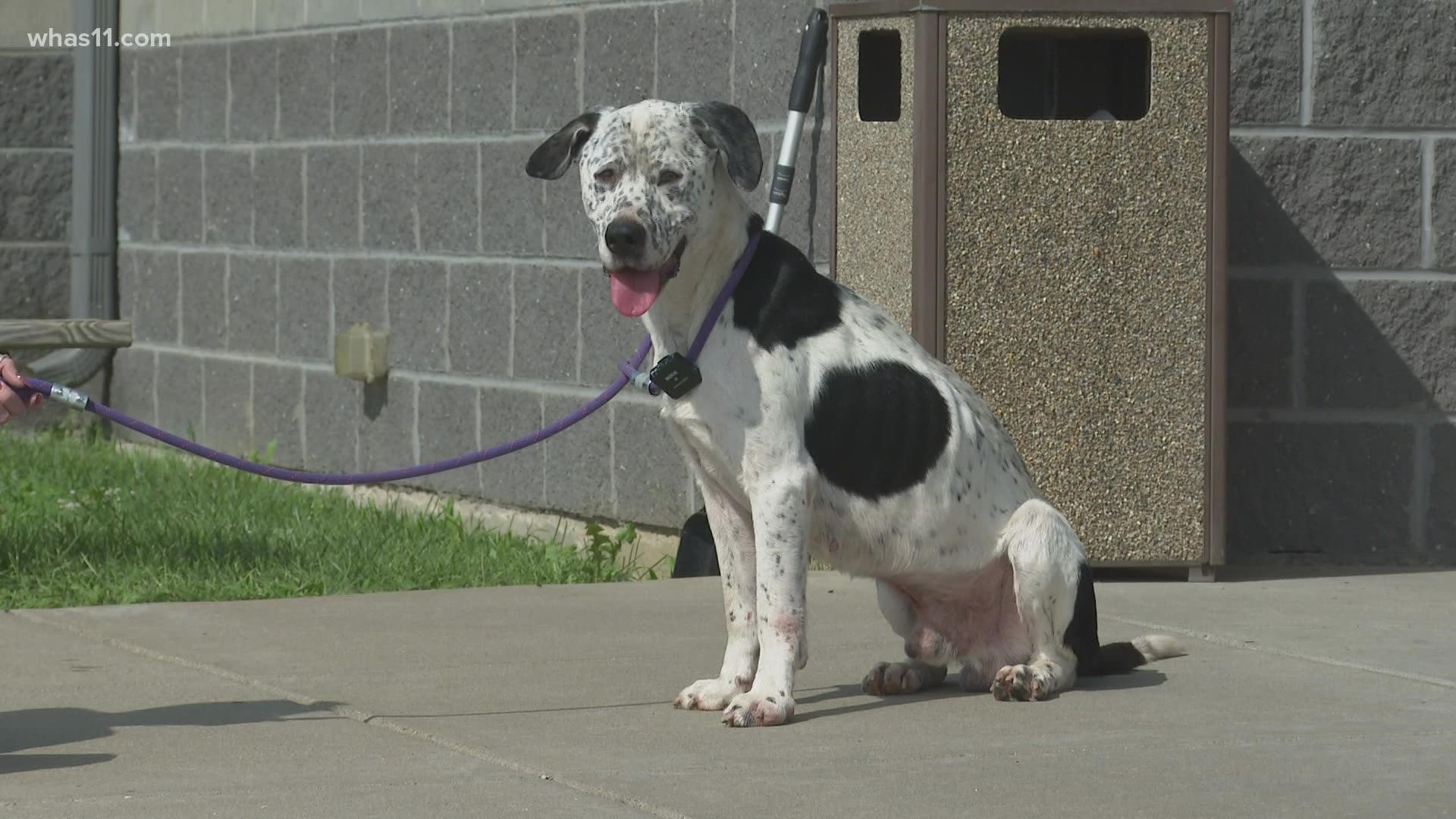 HARRISON COUNTY, Ind. — An emaciated dog is in the care of Harrison County Animal Control after it was found at the bottom of a pit at an Indiana nature reserve over the weekend.

April Breeden, with Harrison County Animal Control, said cavers found the black-and-white dog Saturday while they were exploring the area and rappelled down the 30-foot drop to rescue it.

They believe the dog may have gotten his collar caught on a branch about halfway down the drop, but managed to wiggle out of it and fell to the bottom. The cavers said they also found an upside-down turtle shell in the pit, which may have collected rainwater for the dog to drink, keeping him alive.

A member of the community took the dog home for the night before calling Harrison County Animal Control for help.

Based on his condition, Breeden estimates that the dog had been trapped for up to two weeks. She said his collar was very loose, so he was in the cave long enough to lose a "significant amount of weight."

Harrison County Animal Control has since named the dog Dewey and will continue to take care of him. He will need emergency vet care as he is reintroduced to food.

Breeden did not mention what breed or possible age Dewey is, or if they were searching for his owner. For more information on Harrison County Animal Control and how you can help Dewey, click here.