DORAVILLE, Ga. -- A K-9 officer who appeared to be on the mend after he was stabbed by an escaping criminal in April, sadly, had to be put down. 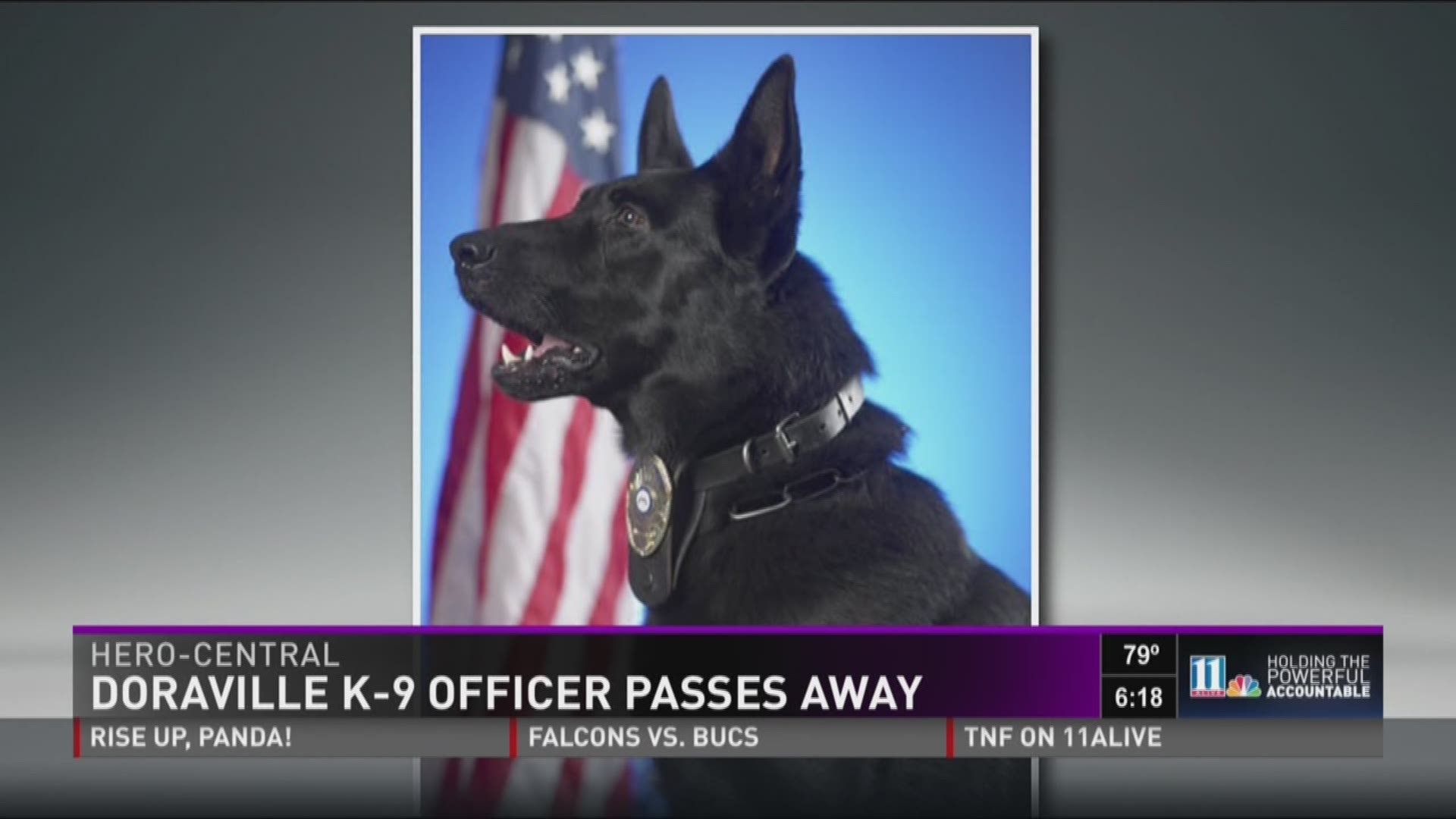 DORAVILLE, Ga. -- A K-9 officer who appeared to be on the mend after he was stabbed by an escaping criminal in April, sadly, had to be put down.

The City of Doraville’s Mayor Donna Pittman made the announcement on the city’s website that Tryko the K-9 officer was euthanized on Oct. 31 after suffering serious setbacks related to his recovery.

In April, Tryko was stabbed multiple times in his mouth and tongue while assisting the U.S. Marshals serve a warrant. Tryko had to get between 25 and 30 stitches, but was released and appeared to be headed for a full recovery. The K-9’s handler, Lt. Jason Deyette, had hoped his partner would be able to return to service in the near future, but, as Pittman wrote, “it wasn’t meant to be.”

Officials said lingering spinal and neurological issues caused Tryko’s health to decline significantly about three to four weeks ago. After consulting with veterinarian specialists, they made the difficult decision to euthanized the K-9 officer.

“I have had the privilege of working with many K-9s from federal, state, and local agency K-9 corps from the southeastern United States and K-9 Tryko was always one of the best I had worked with,” Pittman wrote. “He will be missed by this agency.”

The K-9 officer had been with the Doraville Police Department for more than 10 years, and was known in the community as a “legend.” A few months ago, Tryko received the American Kennel Club’s Paw of Courage award for the injuries he sustained while in the line of duty.

A memorial service for Tryko is in the works.