Attorneys said Doraville and four other metro-Atlanta cities illegally depend on fines to bring in a huge part of their annual incomes. 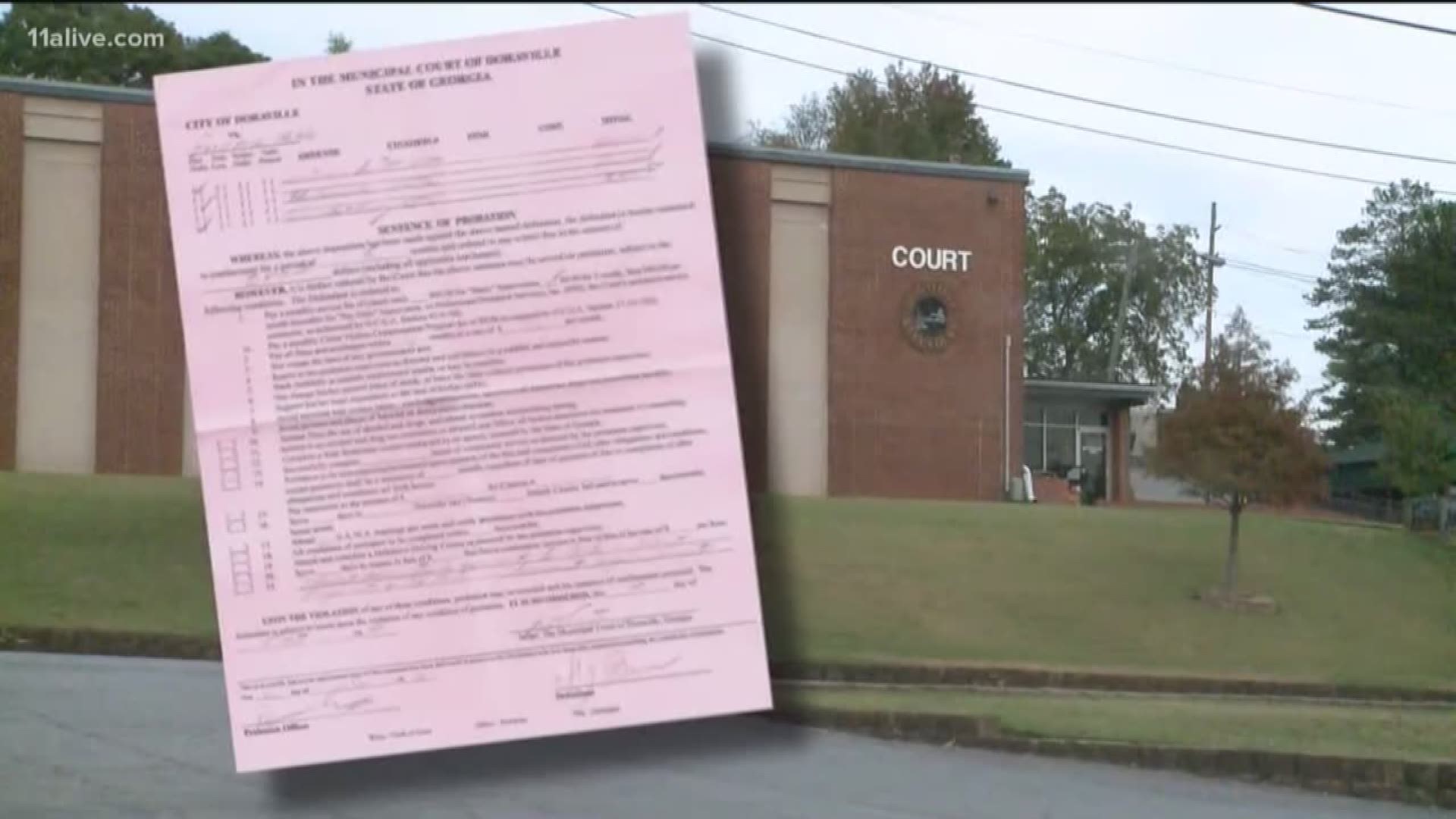 DORAVILLE, Ga. — The City of Doraville is facing a federal lawsuit claiming the city is illegally making millions of dollars a year off residents and visitors in a deliberate scheme to write tickets and collect fines--writing the tickets not to enforce the law, but simply to make money, the lawsuit states.

Now, people who have been fined are suing in federal court to try to put a stop to it.

It all started with an old driveway in Doraville that caught the attention of a code enforcement officer who accused the homeowner, Hilda Brucker, of violating city code.

Brucker said she was suddenly sentenced, by a judge in Doraville City Court, to six months probation and the threat of jail if she didn’t immediately pay a fine and spend thousands of dollars fixing her driveway, a driveway that’s been that way ever since she bought the house 28 years ago.

She said neighbors have never complained to her about it, and the city never wrote her a ticket until that day a year and a half ago.

Brucker said she has no doubt the city had suddenly dug up a vaguely written and unenforceable code section about driveways and used it against her. She believes it’s part of a city hall program of writing as many tickets to homeowners and drivers as possible, no matter how minor the violations, simply to make money--more than $3 million a year.

“Code enforcement has become even worse than a homeowners association here,” Brucker said.

Now, she and three other metro-Atlanta residents are suing Doraville in federal court claiming the city is unconstitutionally raising as much money as possible from fining people in any way possible.

“This whole system is designed to extract money, not to serve and protect the community,” attorney Josh House said. “You have a due process right not to have your [city-employed] prosecutor have a financial interest in obtaining your conviction.... It's unconstitutional because that incentive drives municipal court personnel and law enforcement to ticket in order to drive revenue for the city."

House and Anthony Sanders are attorneys with the Institute for Justice, and they filed suit in Atlanta federal court on Wednesday on behalf of Brucker and the three other metro-Atlanta residents.

Last year, the U.S. Commission on Civil Rights looked at how much revenue cities across the country collected and how much of it came from fines. On average, just under one and a half percent of a city’s revenues came from fines.

But the study found that five metro-Atlanta cities, Doraville, Clarkston, Morrow, Stone Mountain and Riverdale. were among the worst ten in America. 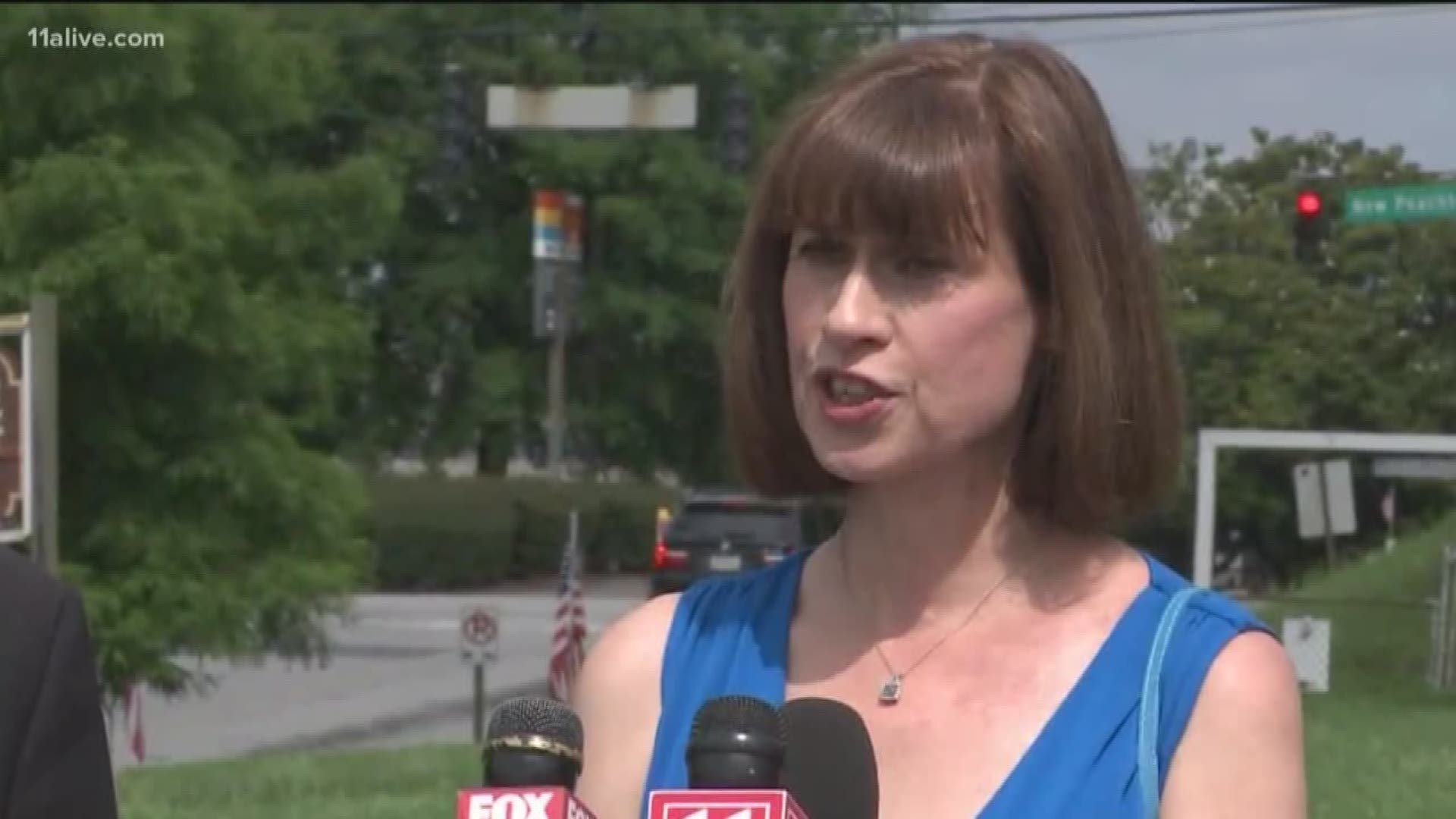 "You have a due process right to enter the courtroom and not think that your prosecutor or your judge is making money off of your conviction," House said.

Brucker’s lawsuit is demanding $1, along with a judge's order for "the end of policing for profit, code enforcement for profit."

The alternatives for the city, Brucker said, is to find other sources of revenues, or to cut the budget; enforce the laws, she said, but don't subject people to the code-enforcement equivalent of a speed trap.

11Alive tried to contact the Doraville Mayor and the City Manager for a response and as of Thursday evening had heard back.