Cameron Gill, who graduated from Chapel Hill High School in Douglas County, took a moment to meet some fifth-grade fans. 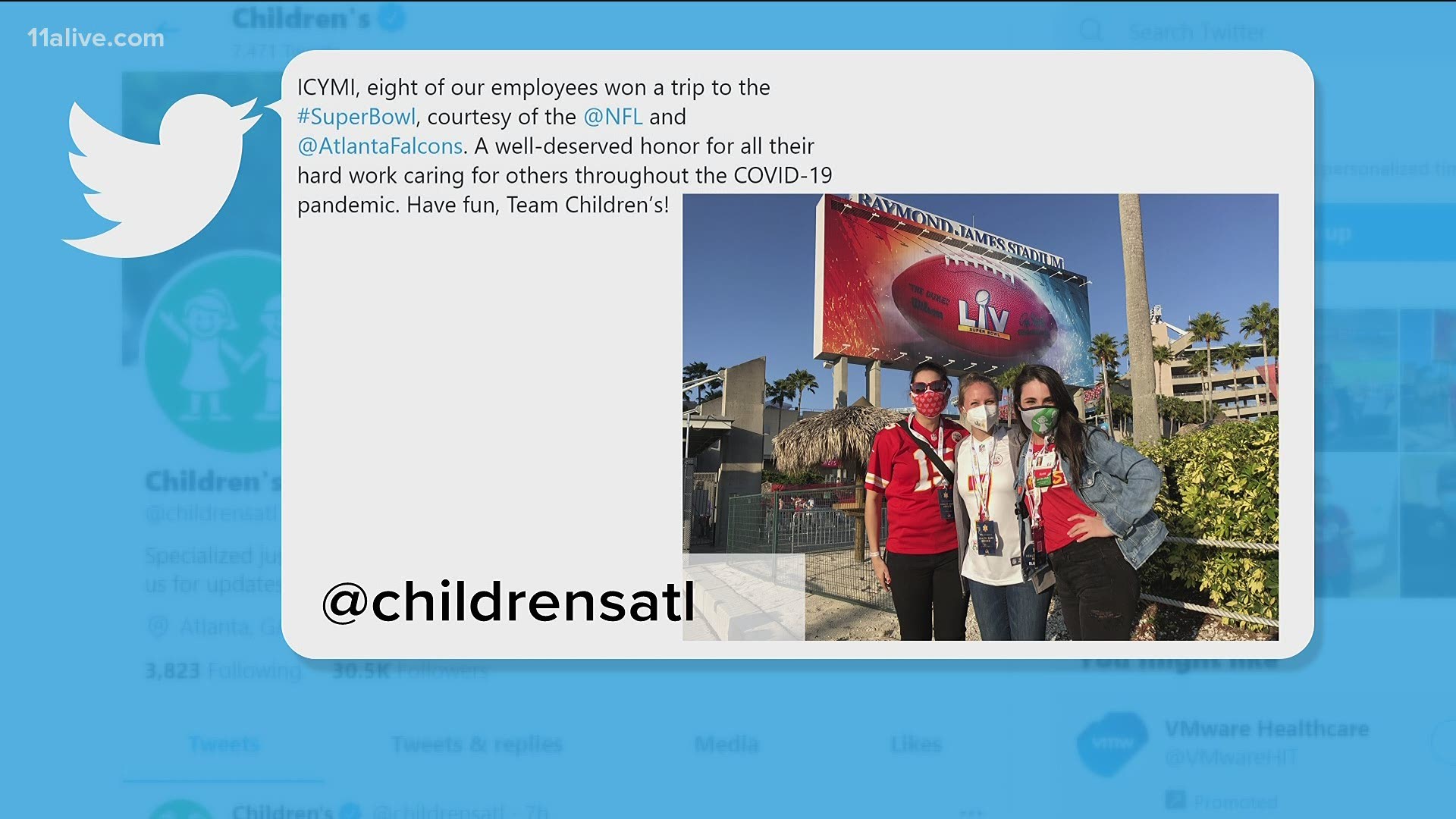 DOUGLASVILLE, Ga. — Less than a week earlier, Cameron 'Cam' Gill played a role in the biggest win of the year in the NFL - a game that drew 96.4 million viewers.  On Thursday, he took an opportunity to take on a completely different role with a local fifth-grade class.

Gill plays for the Super Bowl-winning Tampa Bay Buccaneers, but he's also a graduate of Chapel Hill High School in Douglas County. So, it was understandably a sweet surprise when he dropped in for a virtual video call with Ms. Leatherwood's math class at Chapel Hill Elementary.

It turns out someone at the school may have had an inside connection - something hinted at in a Facebook post by the school when they thanked his little brother for introducing and inviting him!

ESPN reports Gill had two tackles in the game, one solo and one assist in the Bucs' 31-9 win over the Kansas City Chiefs on Sunday. He also had a role in one sack during the second half of the game alongside Ndamukong Suh where they took down the Chiefs' star quarterback, Patrick Mahomes.