Neighbors say their pets have been targeted by the misbehaving dogs for the last year and a half. 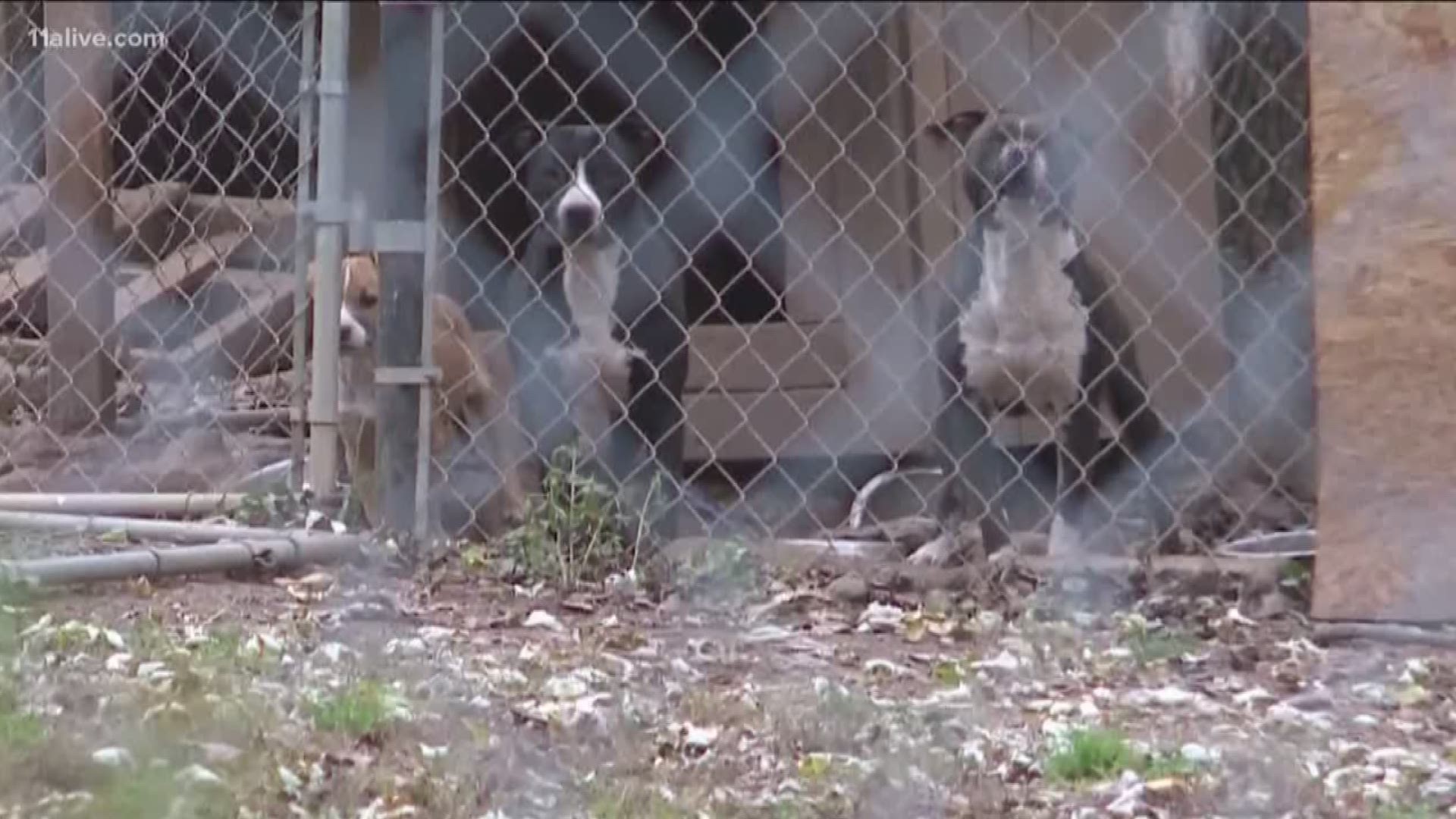 People in a Douglasville neighborhood said they are afraid of several dogs who keep escaping their pen and attacking other pets in surrounding yards – and animal control officials have not been able to stop it.

“We’ve been terrorized,” said Eunice Dowd, who walks the neighborhood along Timber Valley Drive with her dog, Ellie. “It just keeps going on and on … they continue to get out and frighten us.”

The dogs are owned by Roberto Perez, who keeps them inside a pen behind his home, surrounded by a tall fence. Neighbors said he owns at least six dogs that continue to escape, attacking other dogs for the last year and a half.

Last week, two of Perez’ dogs escaped and attacked Freckles, a cocker spaniel.  Freckles' owner was able to save him in the nick of time--the attack nearly cost Freckles his life, and racked up a vet bill of over $700, so far.

Animal Control took those two dogs away. Animal Control has impounded Perez' dogs before, but he’s paid fines, complied with orders and gets his dogs back.

However, the dogs keep escaping and attacking other animals, neighbors said.

Douglas County Animal Control records show that officers have responded to complaints at the home and checked on the dogs eight times since April 2017.

“He has had to do all of these different things to keep the dogs, but they keep getting out,” said Keena Kister, who lives next door.

In one instance a year ago, a woman was walking her dogs on their leashes in front of Perez’ house when the dogs ran out of his yard and into the street and attacked her and her animals.

Neighbors heard the screams and said they pulled the attack dogs off as they were biting the dogs and the dogs' owner.

11Alive News was not able to reach Perez for comment and no one from Douglas County Animal Control was available to speak about what officers will do now about the dogs that continue to strike fear in the neighborhood.