One arrested for gunfire inside Douglasville Best Buy

Police are still searching for a second suspect in an incident police first feared was an active shooter at a Douglas Boulevard Best Buy on Monday. 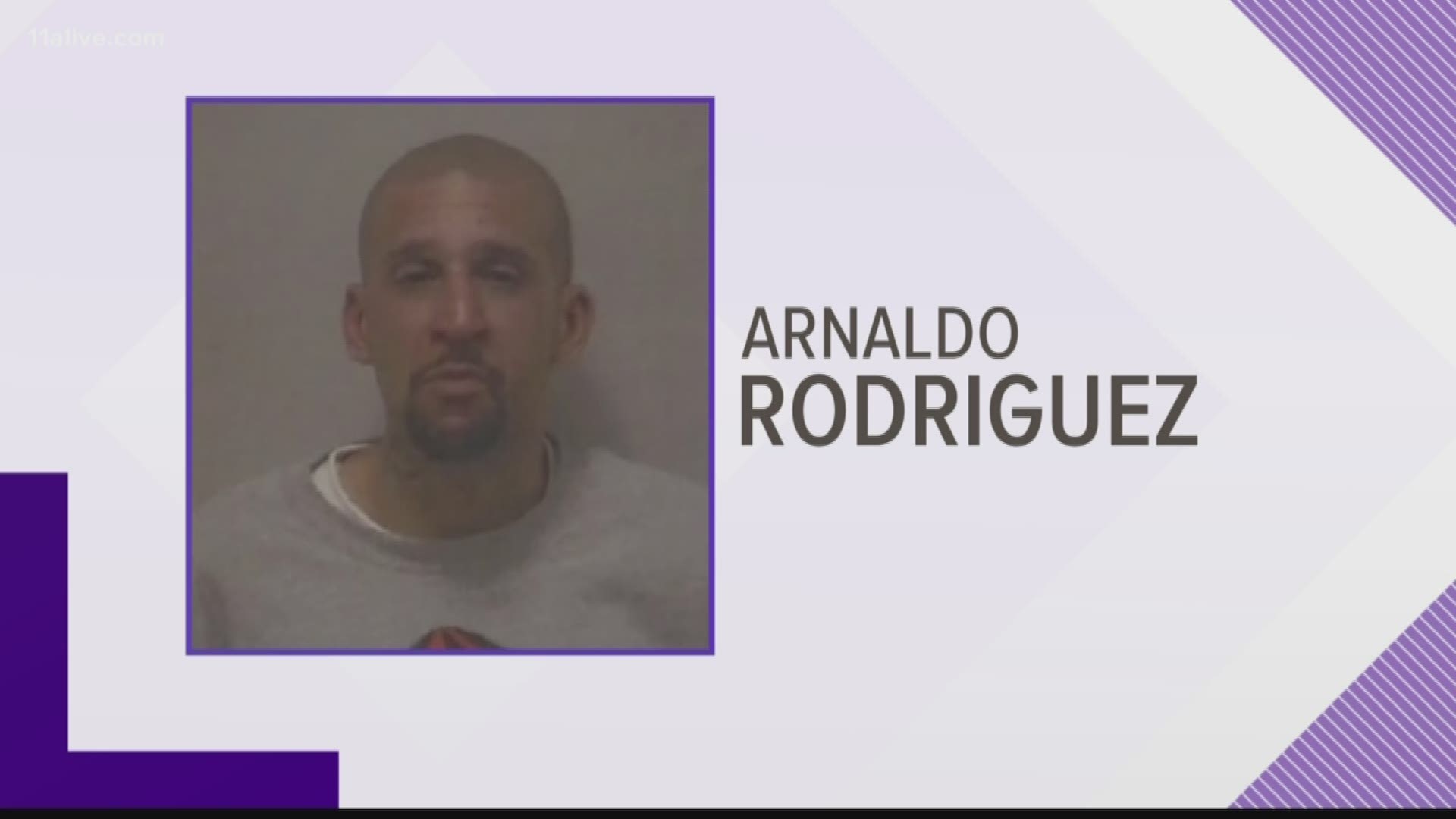 DOUGLASVILLE, Ga. — Douglasville Police have made an arrest in connection with gunfire that occurred inside a busy retail store.

The incident happened just before 12:30 p.m. on Monday as roughly 30 other customers were shopping in the Best Buy store on Douglas Boulevard.

Douglasville Police Major J.R. Davidson said that calls to 911 suggested that a shooter was still in the location - and that led to a massive response from local agencies.

"Douglasville Police officers along with deputies from the Douglas County Sheriff's Office, Georgia State Patrol and Georgia Department of Public Safety officers all responded to the Best Buy and immediately treated it as an active shooter," he said.

Officers arrived at the scene, made entry and cleared the business looking for victims or suspects but found neither. Police said they reviewed surveillance tapes that showed the two suspects shopping in the back of the store. Within 20 minutes of them entering, one opened fire.

Amid what Davidson described as "chaos and panic," customers and employees ran from the store. Police said the suspects also escaped by blending in with the crowds as they left. However, they also took with them a laptop and at least two drones worth just under $5,000.

Following the discovery of pictures and video from the incident, police said the store's loss prevention distributed pictures to other stores.

"On March 3 at around 7 p.m., some employees at the Best Buy near Little 5 Points in Atlanta saw two people in their store who they thought matched the description of the photos," Davidson said. "They called the Atlanta Police Department, who responded."

One of the men, later identified as 39-year-old Arnaldo Rodriguez of Atlanta, was taken into custody inside the store. Another escaped, though police have released photos of him as well. They believe that suspect, a black male, has a tattoo of a rifle - possibly an AK-47 or an AR-15 - on his neck.

Police said the suspect who was caught was wearing the same clothes he did when he allegedly shoplifted at the Douglasville store one day earlier.

So far, police say that suspect has been charged with one count of felony shoplifting. Police believe that whichever man was the actual gunman went to a back corner to fire into the ceiling. He also said there were no known witnesses of that act.

"So, he didn't do it in the presence of other people which is why we believe it was completely just a distraction technique," Davidson said.

Davidson said that there will probably be more charges adding that this is the first time he'd ever seen gunfire used as a shoplifting distraction.

"Not only is there a bullet flying in the store, but everybody's in a panic and it created chaos," Davidson said. "And, when people flee from chaos and they think there's an active shooter, there are very likely to be injuries just because of that."

He added that the situation also created danger by causing officers to enter with their guns drawn - thinking that a violent suspect may still be armed and inside. In that case, a licensed gun owner could be mistaken for the shooter when they were merely trying to protect themselves with their own weapon.

He said that they were lucky in this case because there were no reported injuries.

As police look for the other man, they believe the two were the only ones involved - though the investigation is still ongoing and investigators are still conducting interviews.

What additional charges the suspects face aren't yet known, but Davidson suggested the possibility of reckless conduct.

"Our detectives will determine what other charges are appropriate," he said.