Police said the victim was a 45-year-old Austell man. 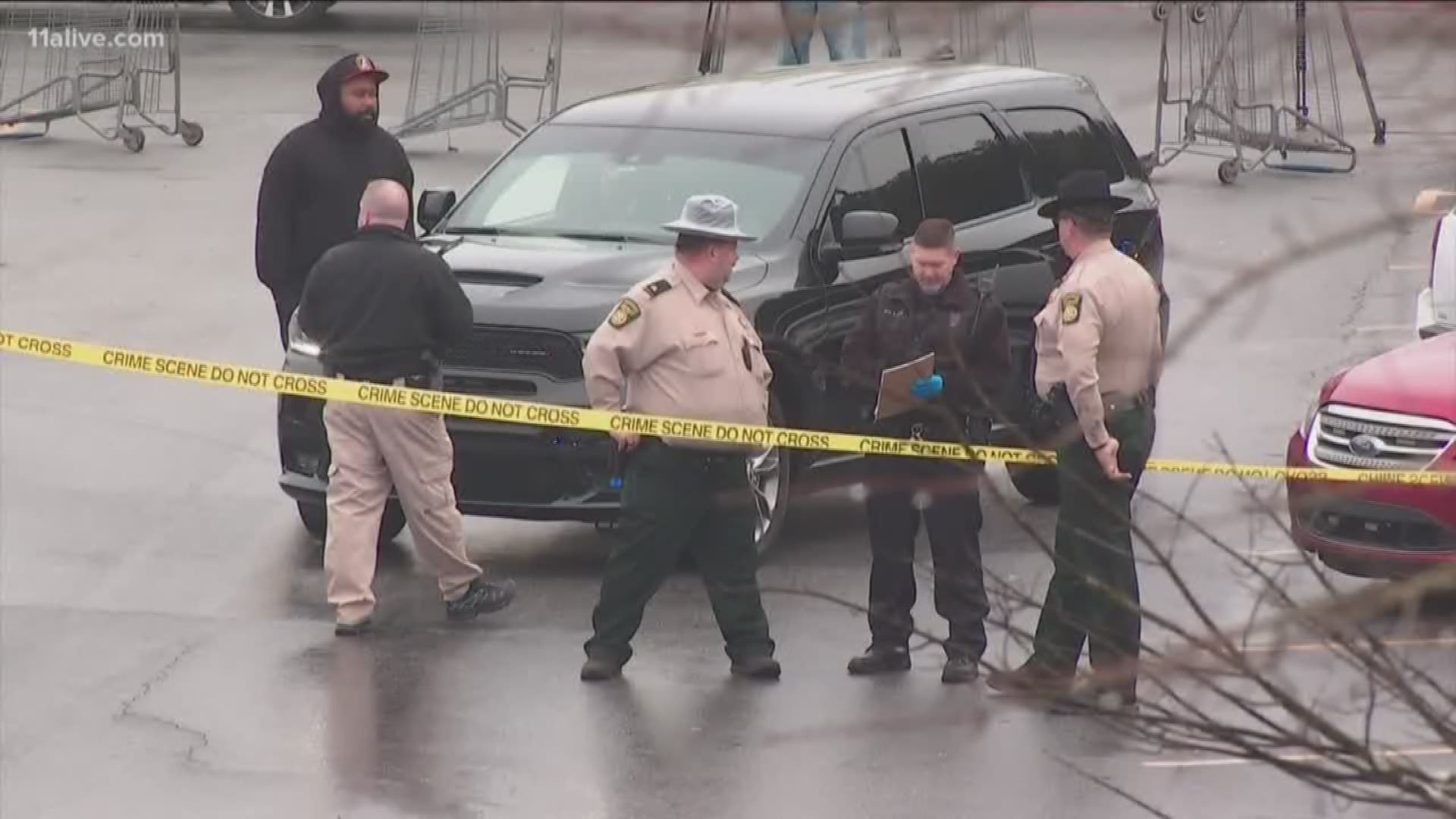 When officers responded to the shooting scene, shortly before 1 p.m., they found 45-year-old Johnathan Liddell of Austell dead in his car from a gunshot wound.

They said they found the off-duty ICE officer, O.L. Jones on the scene.

When contacted on Monday, the Department of Homeland Security's Immigration and Customs Enforcement Office released a statement to 11Alive:

“On Feb. 17 an off-duty officer with U.S. Immigration and Customs Enforcement's (ICE) Enforcement and Removal Operations (ERO) discharged a personally owned firearm in Douglas County, Georgia, resulting in the death of one person.

The ERO officer was not on duty at the time of the incident and was traveling in a personally owned vehicle with his wife and children. Douglasville police and the Douglas County Sheriff’s Office are investigating the incident. Additionally, ICE's Office of Professional Responsibility investigates ICE officer-involved shootings in coordination with our law enforcement partners. Due to those ongoing investigations, no additional information is available at this time.”

Witnesses told 11Alive on Sunday afternoon that Liddell and Jones were arguing before the shooting.

According to Davidson, the entire exchange was recorded on parking lot surveillance video, and investigators are continuing to interview witnesses about what led to the shooting.

One witness, Erick Wright, told 11Alive it sounded like the two men had been arguing, he believes, over Liddell driving too close to, and apparently nearly hitting, Jones' car.

When the victim was actually shot is unclear, but Wright said he saw the officer approach the car with his gun drawn, yelling for the man inside the car to put his hands up. The victim, Wright said, never got out of his car.

Wright said he had pulled out his phone and started recording after he heard what he thought was a gunshot.

"I just heard a shot fired. It sounded pretty loud. It almost could have been misconstrued with someone running over a bottle, like a bottle of water, you know," Wright explained. "So, I went ahead and started filming him."

* Sophie's Nightmare: How a Georgia mother allowed her boyfriend to impregnate her 10-year-old