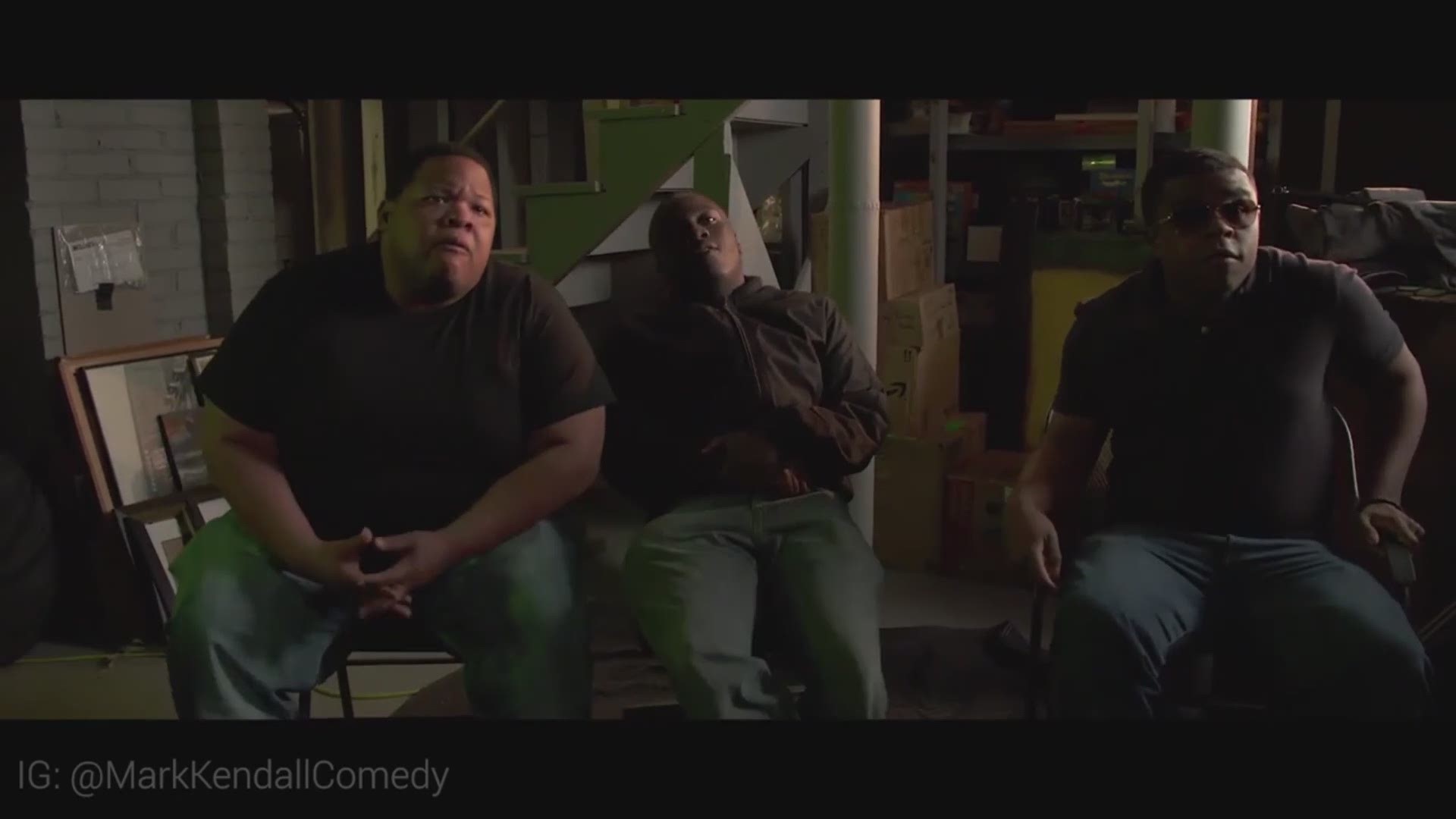 ATLANTA — With the pandemic looming large and ominous on the horizon, everyone could use a good laugh.

With the 2020 summer season officially underway, performers and entertainers who would normally be juggling events around a booked calendar are struggling with not only a way to make a living, but also with artistic expression.

Comedy writer and stand-up performer, Mark Kendall confronted both the pandemic and racism head-on with the re-release of a one-man show, “The Magic Negro and Other Blackity Blackness as told by an African American man who also happens to be Black.”

The retooled show debuted last week on the live-streaming platform Twitch sponsored by Dad’s Garage. Kendall’s one-man show, "The Magical Negro" is a one-person sketch comedy show that explores the representation of Black men in the media.

“That is a sketch from my one-person show, ‘The Magic Negro and Other Blackness.’ The show explores representations of African American men in the media and how these stereotypical images, we might take for granted,” said Kendall.

“It sounds ridiculous, but it's very much an argument that people have made for not allowing public transportation to spread, not just to Cobb County, but when I traveled to other cities," he added. "Usually, they have like a similar issue in some way or another.”

The event itself was hosted by Dark Side of the Room, a local comedy troupe consisting of the African American performers that perform at Dad's Garage Theatre.

Kendall’s event, "The Magic Negro" out-performed expectations. There was an initial $5 donation to view the screen uninterrupted from home after the initial airing on the Dad’s Garage Twitch Channel.

All proceeds from the streams on Twitch and the private link will go to Black Lives Matter.