9 confirmed cases of Legionnaires' at Sheraton Atlanta, hotel to be closed for 'several weeks'

The hotel learned of the illnesses on Friday and closed on Monday for testing. 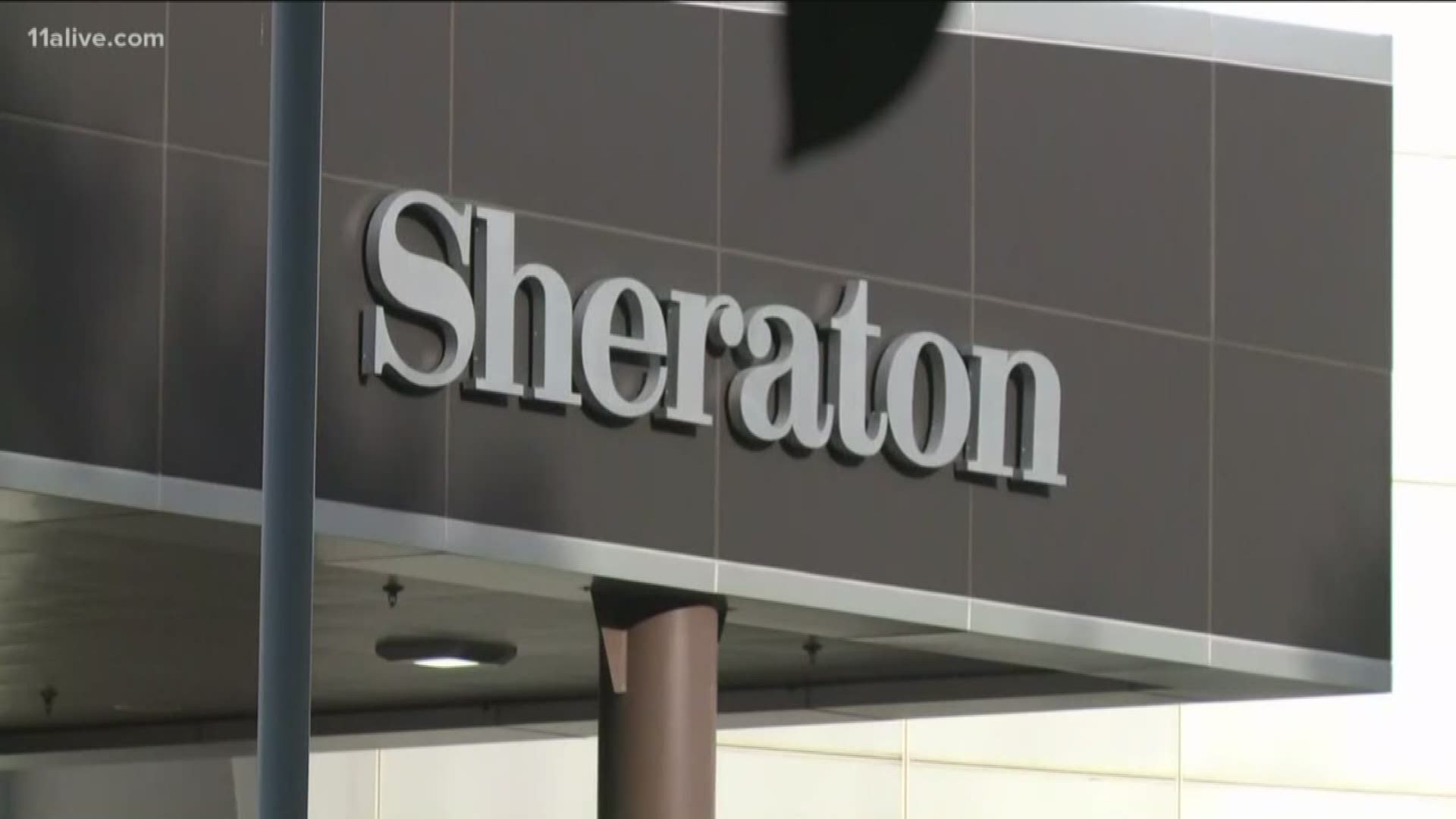 ATLANTA — The Sheraton Atlanta said it could be several weeks before it reopens as officials investigate nine confirmed cases, so far, of Legionnaires' disease.

"We know the hotel is going to be closed for several weeks while the testing is done," Andrea Braunstein, a representative with NJF PR told 11Alive. "I don't have a more exact time range for you, but it's at least two weeks."

She said testing is being done in cooperation with the Fulton County Board of Health and Georgia Department of Public Health.

The nine confirmed cases, so far, involve people who were guests at the hotel in late June and early July.

The state epidemiologist with Georgia DPH, Cherie Drenzek, said she told the hotel on Friday that her office had evidence that the cases involved people who were in one part of the hotel during a limited period of time that week in late June and early July. She advised the hotel that the first step should be to shut down the possible sources of legionella bacteria that had likely infected those guests--possibly the swimming pool, or a hot tub or a decorative fountain — which the hotel did immediately.

“Because they [the guests] were so tightly clustered, we made some immediate control recommendations," Drenzek said. "To be cautious, to be conservative-- let's close down those water fixtures so that we're not posing anyone else to be at risk of legionella infections. The hotel was fully cooperative and took those immediate control measures that we recommended. In the absence of other evidence that there was widespread or on-going risk of legionella to every guest in this hotel, the immediate control measures were the first step while the investigation proceeds,” Drenzek said.

The hotel decided Monday afternoon to close voluntarily, immediately, and relocated guests to nearby hotels. A computer conference was taking place at the hotel and some guests tell 11Alive they weren't told why they were being moved. Some described the evacuation as chaos.

The hotel said they will assist guests who have upcoming reservations in finding nearby hotels. Guests whose reservations have been canceled will receive a full refund.

Trace Blackmore, of Blackmore Enterprises in Lawrenceville, specializes in tracking down legionella bacteria in commercial and industrial buildings. He said the hotel is probably looking at every single inch of plumbing, including in the rooms where the infected guests stayed.

Blackmore said every other hotel probably has legionella bacteria in its water systems, because the bacteria is in everyone's water.

Drenzek said managers of every commercial and industrial building should be following stringent, water quality management plans, based on the CDC's recommendations.

"Legionella is found everywhere in the environment," Drenzek said, "it loves warm water. So legionella can, indeed, be in water systems without causing disease outbreaks all the time."

In addition to the hotel trying to track down the location of the bacteria in its water systems, Drenzek's team is contacting every single person who stayed at the Sheraton in June and July-- hundreds of people, at least.  She also issued an alert to other state health departments across the country to let them know to be on the lookout for cases in their states that might have originated at the Atlanta Sheraton.

"What we do is, we interview every single individual" who stayed at the Sheraton in the weeks before and after the known infections, looking for others who might have gotten sick. "We try to find out what's different about the individuals that actually got sick with legionella, versus the ones that were there in the hotel, as well, but didn't get sick. And we can, that way, pinpoint, to try to determine the source."

In general, people with weakened immune systems are most susceptible to getting sick from the bacteria, including the very young, the elderly, smokers and former smokers.

Hotel officials said they have not been told of any additional cases of patients who were former guests.

"It’s usually in the air, in water droplets like a mist that you might come across from air conditioner, the shower, a spa, something like that," said Dr. Sujatha Reddy.

Dog survives two weeks after being abandoned in closet