The first time it happened was in May when a slew of rioting and protesting swept the nation with no exception to Atlanta following the killing of George Floyd. 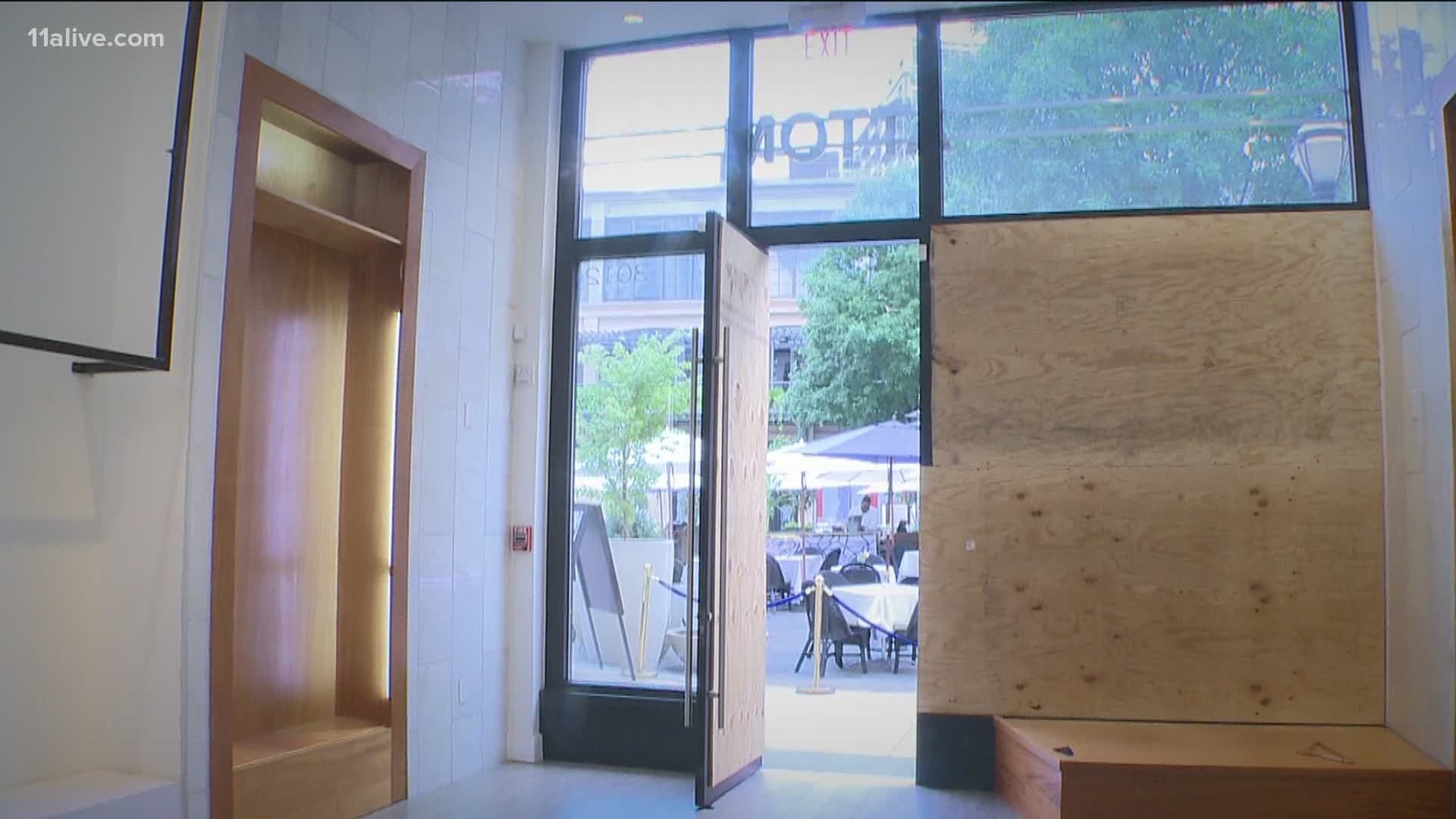 ATLANTA — Within the four years that he’s owned Big Dave’s Cheesesteaks, owner Derick Hayes said that he has seen his business grow from an eatery inside a Dunwoody gas station to opening multiple locations across metro Atlanta.

During the pandemic, Hayes, who has experienced his own setbacks because of COVID-19, is speaking out against another issue: ongoing damage to his restaurant's downtown location as a result of vandalism. The most recent damage came on Sunday night.

Hayes received a call late Sunday, at around 10:30 p.m., letting him know that the restaurant's front window had been destroyed, again.

The first time it happened was in May. Protests, demonstrations and vandalism swept the nation. Atlanta didn't escape without its own share of unrest following the death of George Floyd.

Floyd's death at the hands of a White Minneapolis police officer was captured on video and sparked large-scale violent protests around the world.

During the initial wave of demonstrations and vandalism in Atlanta, Big Dave’s Cheesesteaks was one of many establishments affected. This included heavy window damage at the restaurant, which forced the location to close for two weeks.

1 / 4
Big Dave's Cheesesteaks
A rep tells 11Alive that restaurant’s storefront was smashed on the evening of August 16.

“As an entrepreneur and community leader I pride myself on being a Black-owned business operator and serving my community. This is a repeating, unfortunate event but I will not let this stop me or the success of my restaurant,” Hayes wrote to in a statement to 11Alive.

Despite the setback, the downtown location of Big Dave’s Cheesesteaks at 57 Forsyth Street remains open.

Hayes said he plans to have the damages assessed and repaired. He says he plans to continue serving customers for take-out and online orders, all while taking safety precautions and following COViD-19 protocol.