Police said two people were injured and another killed. Dozens of handguns and rifles have been recovered since the shootout ended.
Author: Christopher Buchanan
Published: 4:21 AM EST February 9, 2020
Updated: 1:55 AM EST February 10, 2020

ATLANTA — An off-duty officer was forced to open fire on Sunday morning after suddenly getting caught in the middle of a shootout behind a downtown Atlanta club.

The shooting happened around 1:30 a.m. Sunday in the area of Courtland Avenue and Andrew Young International Boulevard. Deputy Chief Jeff Glazier said an off-duty officer was working in a parking lot in the 200 block of Courtland Street - behind Lyfe ATL - when he witnesses a shootout between two vehicles.

"Those suspects, approximately four to five, engaged in a shootout," Glazier said. "They had high-powered rifles and handguns."

He said that when the officer ordered the suspects to drop their weapons, they refused.

"Our sergeant then fired on one of those vehicles," Glazier added.

It's unclear if anyone was hit by that gunfire but Glazier said that they could confirm that three people were shot and one of them is dead. 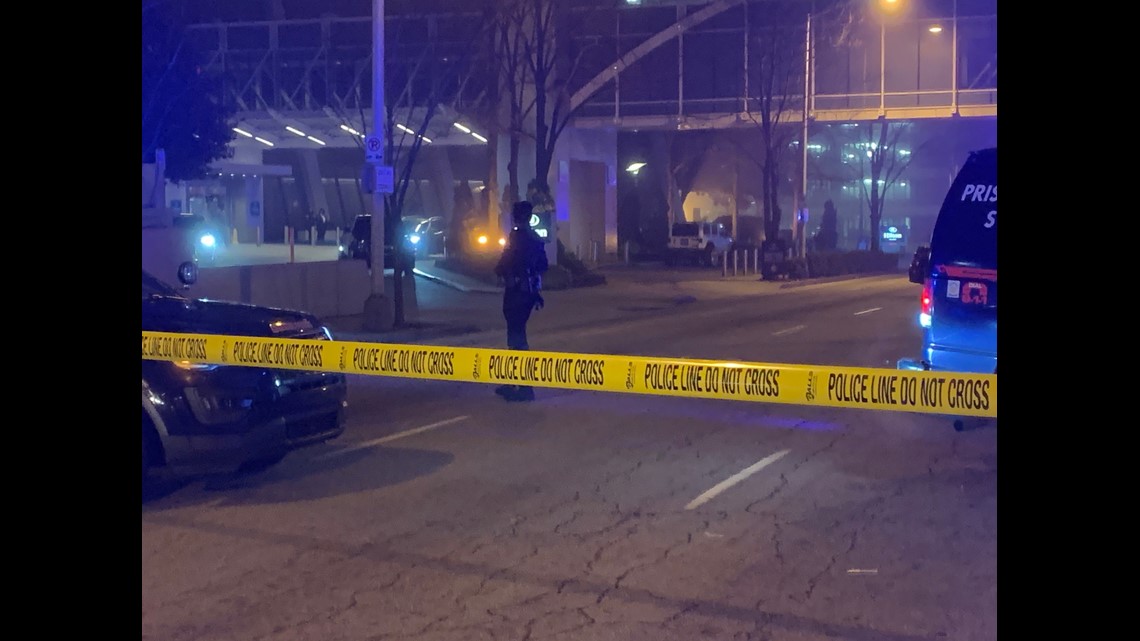 The surviving victims were taken to area hospitals - one to Grady Memorial Hospital and the other to Atlanta Medical Center. An exact condition wasn't provided but both were said to be stable.

"Because this was a shooting involving one of our officers, or one of our sergeants, the [Georgia Bureau of Investigation] GBI was called in to handle the investigation," Glazier said. "So, they're currently here, on-scene, gathering evidence."

Glazier said that 10 people were detained in connection with the incident - but it's unclear if they were actually involved or merely ran away after hearing the gunfire. He did say there were two suspects who they believe did escape the scene but they don't have a good description available of either.

"There's multiple weapons - there's dozens of weapons - that were recovered at the scene and at Grady Hospital in a vehicle that was used to transport one of the victims," Grazier said.

He said that includes multiple rifles and handguns. Drugs were also found on the scene. Police haven't identified the person who was killed but said that he was about 30 years old.

Glazier said that police plan to gradually reopen streets around the scene as the GBI decides where to take measurements and pictures.

This is a developing story and police said they hope to provide more information as the investigation continues to unfold on Sunday morning.