A Dodge Charger and a Lexus collided at the corner of Ivan Allen Boulevard and Centennial Olympic Park Drive. 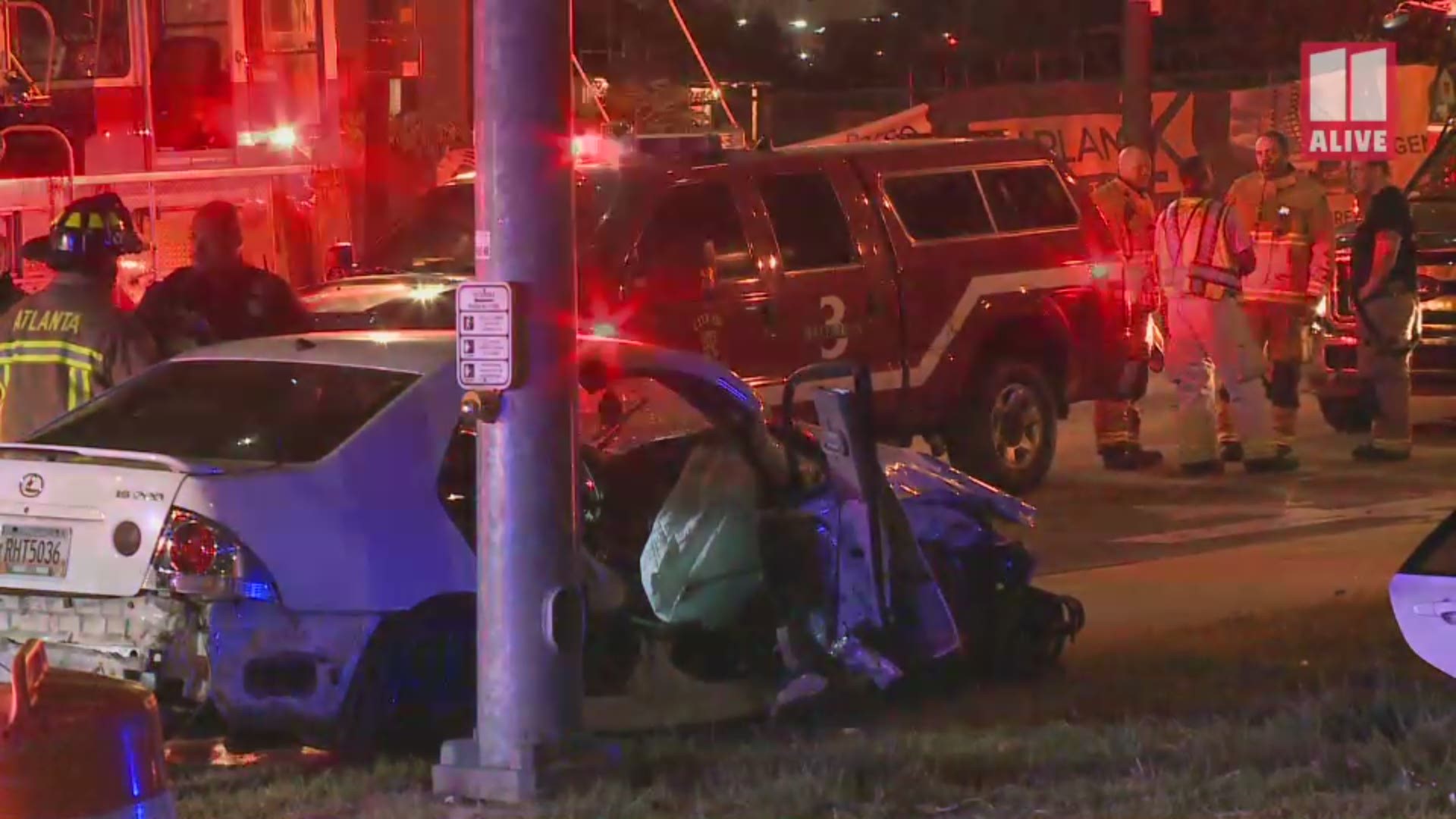 It happened at about 3:40 a.m. near the corner of Centennial Olympic Park Drive and Ivan Allen Boulevard.

A black Dodge Charger and a white Lexus collided at the intersection.

According to Atlanta Police Officer Anthony Grant, the driver responsible for the collision had to be removed from her car, and was found to be intoxicated.

The driver of the Lexus was transported to Grady Memorial Hospital for treatment of her injuries, which were considered to be minor. She was to be placed in Grady's detention area following her initial treatment.

Her passenger was transported to Atlanta Medical Center for treatment, Grant said.

The other driver was treated at the scene by EMT crews and told officers he would go to the hospital later as a precaution.