According to state officials, it's standard protocol to try to confine the contamination. Therefore, the hotel closed only the areas around the swimming pool. 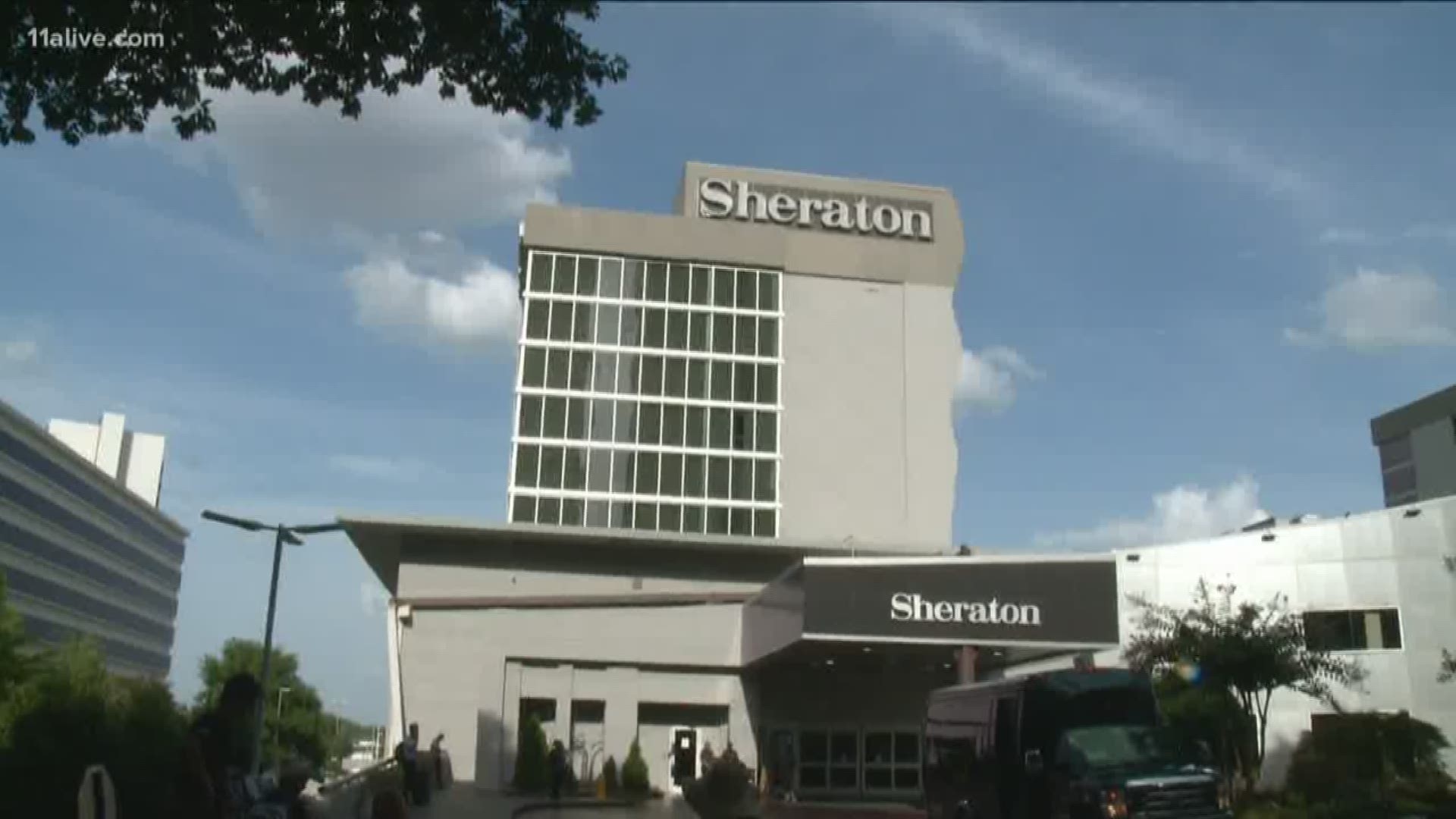 ATLANTA — The Sheraton Atlanta knew for three full days that a few past guests had contacted Legionnaires' Disease before the hotel decided to close.

The Georgia Department of Public Health contacted the hotel Friday afternoon. According to state officials, it's standard protocol to try to confine the contamination. Therefore, the hotel closed only the areas around the swimming pool.

"Let's close down these water fixtures so that we're not posing anyone else to be at risk from legionella infection," said Cherie Drenzek the state epidemiologist.

The hotel voluntarily decided to temporarily close. There are five confirmed cases of the illness.

"We know the hotel is going to be closed for several weeks while the testing is done," Andrea Braunstein, a representative with NJF PR told 11Alive. "I don't have a more exact time range for you, but it's at least two weeks."

The hotel is hiring outside contractors to test the water and go through every inch of their plumbing to find the contamination.

Meanwhile, the state is contacting thousands of people who stayed at the hotel in June and July.

"If an individual, for example, has attended a conference at that hotel, we reach out to the conference organizers to see if they've heard of anyone," Drenzek said.

According to the Centers for Disease Control and Prevention, Legionnaires' disease can cause pneumonia symptoms including cough, shortness of breath, muscle aches, headache and fever. Doctors use chest x-rays or physical exams to check for pneumonia.

Read more about the illness here.

5 confirmed cases of Legionnaires' at Sheraton Atlanta, hotel to be closed for 'several weeks'

What is Legionnaires' disease